Grotesquely misguided as Marxism undoubtedly is, a case can be made that some of the concerns which animate Marxists are legitimate. After all, exploitation is no mere empty rhetorical term when applied to 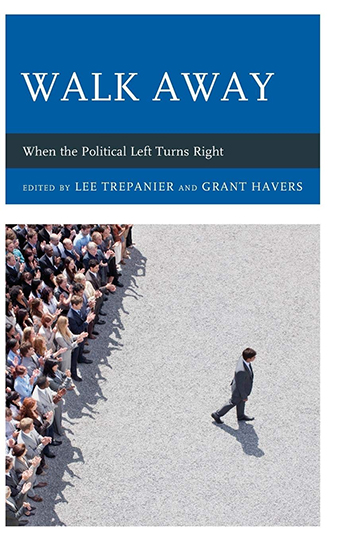 many 19th-century factories, 20th-century coal mines, or 21st-century fruit farms. As Alasdair MacIntyre noted in Ethics in the Conflicts of Modernity (Cambridge, 2016), Western liberal celebration of freedom and liberty ignores the inescapable power disparities between rich and poor, and the self-congratulatory rhetoric of liberal democracy fails to acknowledge

Happily for Catholic intellectual life, the one-time socialist MacIntyre eventually realized that the Marxist aim of collectivizing all property and abolishing social classes was a cure worse than the disease. This epiphany is examined in detail in Kelvin Knight’s contribution to Walk Away: When the Political Left Turns Right, a collection dealing with various left-leaning academic figures who came to find themselves at odds with the progressive movement. In MacIntyre’s case, dissent was prompted by the belief that neither free market liberalism nor socialism are intellectually consistent positions: The only real alternative to the Nietzschean vision of a world driven by an amoral will to power is a rediscovery of the classical natural law tradition embodied in thinkers such as Aristotle, for it is Aristotle’s language which best expresses “certain truths about human beings, truths that we acknowledge in our everyday practices.” In this view the supplanting of the Aristotlean tradition by the Lockean discourse of rights represents a grave disorder in Catholic ethical and political perspective, a disorder that inevitably leads to the Marxist mentality that MacIntyre would also come to reject.

Another contribution to Walk Away—“Benedict Ashley’s Reappraisal of Marxism”—considers Ashley’s transformation from atheist Trotskyite to Dominican priest. Like MacIntyre, Father Ashley (1915-2013) “never abandoned his youthful reservations about capitalist exploitation” even as he “repudiated Marxism because of its incorrigibly materialistic metaphysics.” He went on to explore the relationship between science and religion, arguing that “the physical universe is capable of introducing us to its metaphysical dimension.” Aside from the compelling force of Aquinas’s Five Ways, Ashley’s conversion was also guided by Providence, according to Christopher S. Morrissey:

This remarkable intellectual achievement of Benedict Ashley – a unique and all-embracing understanding of matter, indebted to a tenaciously scientific interpretation of Aristotle and Aquinas – is something we are inclined to see as a visionary gift to anyone seeking to bring together modern science, philosophy, and theology in a vision of wisdom. Could Ashley ever have arrived at such an eloquent lifelong articulation of this vision had he not converted to Catholicism precisely from his Marxist materialism? No, we believe it would not have been possible.

Whether this assessment is correct or no, Ashley is surely a figure of interest, as the link between science and religion will only continue to grow more important in years to come.

Although not all the figures in this volume were Catholic, the essays often illustrate how Catholic ties arise in the most surprising places. Certainly Trotskyist-turned-Cold Warrior James Burnham is not the first person to look to for evidence of spiritual aspiration. His famously Machiavellian analyses of geopolitics often bore hints of his Marxist indoctrination in class struggle and the dynamics of power. At the outset of the original 1943 edition of The Machiavellians, the recovering Marxist Burnham felt free to cursorily dismiss Dante’s theological politics, “since there is no such place as Heaven.”

Yet, skeptic though he was and unabashed advocate of cold-blooded nuclear brinksmanship against the Soviet Union though he became, Burnham also cultivated an intense if conflicted moral vision over the course of his life. Even if Burnham’s description of General Francisco Franco as “[the 20th] century’s most successful ruler” was primarily inspired by Burnham’s admiration for the anticommunist dictator’s realpolitik, Burnham’s 1975 eulogistic obituary for the Spanish leader wandered into religious territory, argues Paul Gottfried:

Franco, as depicted by Burnham, was driven by a sense of something beyond his own ruthless realism. He had stood before an altar where the Blessed Sacrament was performed, where he became ‘conscious of my responsibility before God and history.’ Franco viewed himself as a Catholic crusader who was combating the legions of the Antichrist; and presumably this made him a fiercer warrior against what Burnham regarded as the greatest political evil of his lifetime. Presumably Burnham preferred these traditionalist sentiments in the present crisis to the ideological delusions of the liberal imagination that he spent entire books unmasking.

Here it may be worth noting that in a revised version of The Macchiavellians Burnham tempers his youthful materialist views, with the earlier atheistic statement being replaced with “Heaven exists, if at all, outside of space and time, and can therefore have no bearing on political action.” Still not entirely correct, but a step in the right direction. aving in his long life served as a leading intellectual of the Socialist Workers’ Party, editor for National Review, and operative for the CIA, Burnham died in 1987 at the age of 81, shortly after being received back into the Church.

While Walk Away focuses specifically upon those who for one reason or another became disillusioned with the establishment left over the course of the Cold War, it is surely relevant for our own time, when we see feminists breaking ranks due to concerns about the impact upon women’s rights of transgendered athletes and mass Muslim immigration. That the radical inconsistencies of ideology have prompted some discontented Marxists of yesteryear to turn back to the Faith for answers makes sense. For their own sakes, if nothing else, we can hope that in the years to come a few of their modern counterparts follow their example.