Something both theatrical and absurd happened in front of the General Post Office of Dublin on Easter Monday in 1916. An Irish schoolteacher named Patrick Pearse proclaimed to the passersby that Ireland was no longer a part of the British Empire but was from that moment forward a free and independent republic. 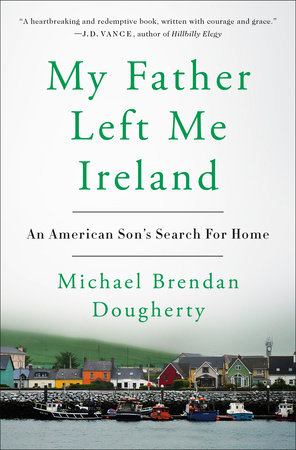 With that bold proclamation, the Easter Rising began.

Wanting to free their country from British oppression, this brave school teacher, along with a journalist, an Irish language activist, and a labor agitator, led the not even two thousand Irish volunteers in seizing a handful of positions throughout Dublin. They had no chance of success against the mighty British Empire. Late on Easter Sunday, the day before the rebellion began, one of the founding members of the Irish Volunteers, Michael O’Rahilly, begged its leaders to desist. But when the plot forged ahead this same man arrived the next morning to present himself for service. “It is madness” he said, “but it is glorious madness.”

Drawn up by men who were more poets than military officials, the Rising was crushed within a week. Its leaders were first cursed by the common people of Dublin for foolishly bringing ruin upon their city and the loss of hundreds of lives, all while so many Irish sons were off fighting for the Empire in the Great War. But when the Rising’s leaders were executed one by one, famously including the wounded James Connolly who had to be propped up by a chair to face the firing squad, they became heroes.

The Easter Rising came to be viewed as a heroic self-sacrifice for the nation, and the Irish would not let the blood of those patriots be spilt in vain. The struggle for their independence had only begun.

But there were many questions to be answered. What is a nation? What makes it worth dying for? What makes men willing to take part in the “glorious madness” of something like the Easter Rising? Surely it must be for more than a mere self-governing administrative unit. Would anyone really die for that? No. I don’t think so. For a nation is much more, for a nation has a soul. A nation is inextricably linked with religion, family, language and culture.

With the Easter Rising as a historical backdrop, and his own yearnings for identity in the face of an absent father as a catalyst, Michael Brendan Dougherty explores all these questions and more in his superb first book, titled My Father Left Me Ireland: An American Son’s Search for Home.

The book is comprised of letters written to Dougherty’s estranged father, who was an ocean away in Ireland while the young boy was raised by his hardworking single, Irish American mother here in the States. Though she split from the author’s father before Dougherty was born, his mother made a concerted effort to fill the void of a father by encouraging a passion for Ireland, the land of their roots.

As the author grew older and the hurt of his father’s absence deepened, it wasn’t easy for him to maintain this self-identification with the Irish that his mother sought to foster. It is here, I think, where Dougherty’s story can relate most widely with readers. It certainly did for me.

More and more American youths are frustrated with the lack of a common cultural identity our country fails to provide. Hopefully, all are loyal sons and daughters to this country. Obedience to the Fourth Commandment of “Honoring thy father and thy mother” applies to one’s nation as well. American citizens should love and honor this country. But what, exactly, is the American culture? The one thing that binds this diverse nation of immigrants is a common respect for the political philosophy of our Founding Fathers, especially as expressed in the Constitution. But that is not enough to give young men and women the identity they are looking for . At least it wasn’t for me and many I know. There must be something to the phenomenon of how my friends and I, while raised in this country, do not root for the Unites States in the World Cup as much as we do for the European or Latin American nation’s we trace our ancestry to. These countries instill within us a clearer sense of identity as they are synonymous with our religion and culture.

Is that a bad thing? For a time, I thought it was. Just like Dougherty, I once believed that claiming to be Irish because of my own father’s ancestry was ridiculous. I suppressed the self-conscious push of my younger years to assert my Irishness. I felt like a wanna-be Irishman, a poser, and was afraid to be called a “plastic Paddy”. Retreating from my heritage, I turned my interests to politics, history and culture more American.

Or at least I tried. There was something lacking when I solely identified with America. I needed more. Nationalism has become a dirty word today, but it shouldn’t be. Pride in one’s nation and a desire for that nation’s religion, language and culture to be cherished and preserved is noble. What inspired my return to a nationalist pride my father sought to encourage within my brother and me is brilliantly identified by Dougherty. It is not a nationalism rooted in some meat-headed notion that my Irish heritage is superior to any other, but a nationalism spurred on by a disappointment that no one is taking my heritage seriously, especially even those who share it. Put another way, it is a nationalism spurred on by fear of what is being lost.

Following the economic boom of the 1990s (called the “Celtic Tiger”), Ireland became like so many other European nations: less confident in itself and more globalist in outlook. Irish political history, especially the legacy of the Easter Rising and the IRA, were considered fanatical. Emphasis on religion, language, and culture was deemed divisive. It was better to be European than to be Irish. It was better to make the nation little more than a successful administrative unit designed to make individual lives more convenient and prosperous—even at the expense of the nation’s soul. It is this way of thinking that helps makes abortion, divorce, and “gay marriage” things to be celebrated in society.

Dougherty dispels the myth of liberation that is being fed to today’s youth. He illustrates how adults today are terrified of having authority over children. The only constant message given to the young is to “be true to yourself”. This has led to the creation of a generation of narcissists, a bunch of individuals out for personal gain with no thought to the fabric of the nation or wider society. Notions such as  honor or shame are considered ridiculous. It’s unimaginable to die for a political ideal today, or to give your whole life to a cause larger than yourself. Could something like the Easter Rising ever really happen again?

Dougherty sensed these troubling trends and did not align himself with them. He returned with great vigor to a pride and love for his ancestry. With the joyful expectation of his first child, he sought to reconcile with his father and reclaim the only real inheritance he received from him, his Irish identity, so he could pass it on in turn to his own children.

I thank Michael Brendan Dougherty for telling his story so honestly. It has helped me immensely in understanding better the goodness of what my own father has tried to instill in my brother and me, that is, a love for who we are and a desire to hold on to what our ancestors gave us.

About Father Seán Connolly 62 Articles
Father Seán Connolly is a priest of the Archdiocese of New York. Ordained in 2015, he has an undergraduate degree in the Classics from the College of the Holy Cross in Worcester, Massachusetts as well as a Bachelor of Sacred Theology, Master of Divinity and a Master of Arts in Theology from Saint Joseph's Seminary in Yonkers, New York. In addition to his parochial duties, he writes for The Catholic World Report, The National Catholic Register and The Wanderer.

The texture of Irish sanctity

Are certain qualities common among the saints of certain nations? To ask the question might seem to undermine the very universality of sanctity. Are some nations’ saints more courageous than others? Do the saints of […]

Editor Conor O’Riordan has compiled a candid and often challenging collection of essays, which attempts to bring together arguments from both sides of the debate. […]

After the Irish debacle

Ireland has been a post-Christian society for decades. It times to take bold steps in order to turn things around in Irish Catholicism. […]