Sin is troublesome. A few years ago I gave a talk at a Christian university. It was not Catholic, but it had a distinctively Christian identity and a reputation for being faithful to its denomination’s teachings and traditions. I spoke to a theology class about my favorite writer, and I quoted Chesterton’s line from Orthodoxy about original sin being the only doctrine that we can prove. All we have to do is look around, the evidence is everywhere.

I explained that sin is separation. It is the broken relationship between Man and God, and the work of Christ is to restore that relationship, to bring us into communion with God again. Chesterton says that when we defend the Christian faith, the obvious starting point is to talk about sin. The world may try to deny the reality of God, the reality of Christ, but it cannot deny the reality of sin. But he also says that the new theology does exactly that: it craftily denies the existence of sin. He gives the example of a man skinning a live cat. A normal person witnessing such an act would conclude one of two things: either that God does not exist, or that the present union between God and Man does not exist. In other words: sin exists.

What struck me as I told this to the students was how little they were struck by it. They seemed to be in a state of blank bewilderment, immobile stupor, catatonic paralysis. The professor said to me afterwards, quite apologetically, “Nobody talks about sin anymore.” I guess sin isn’t popular. 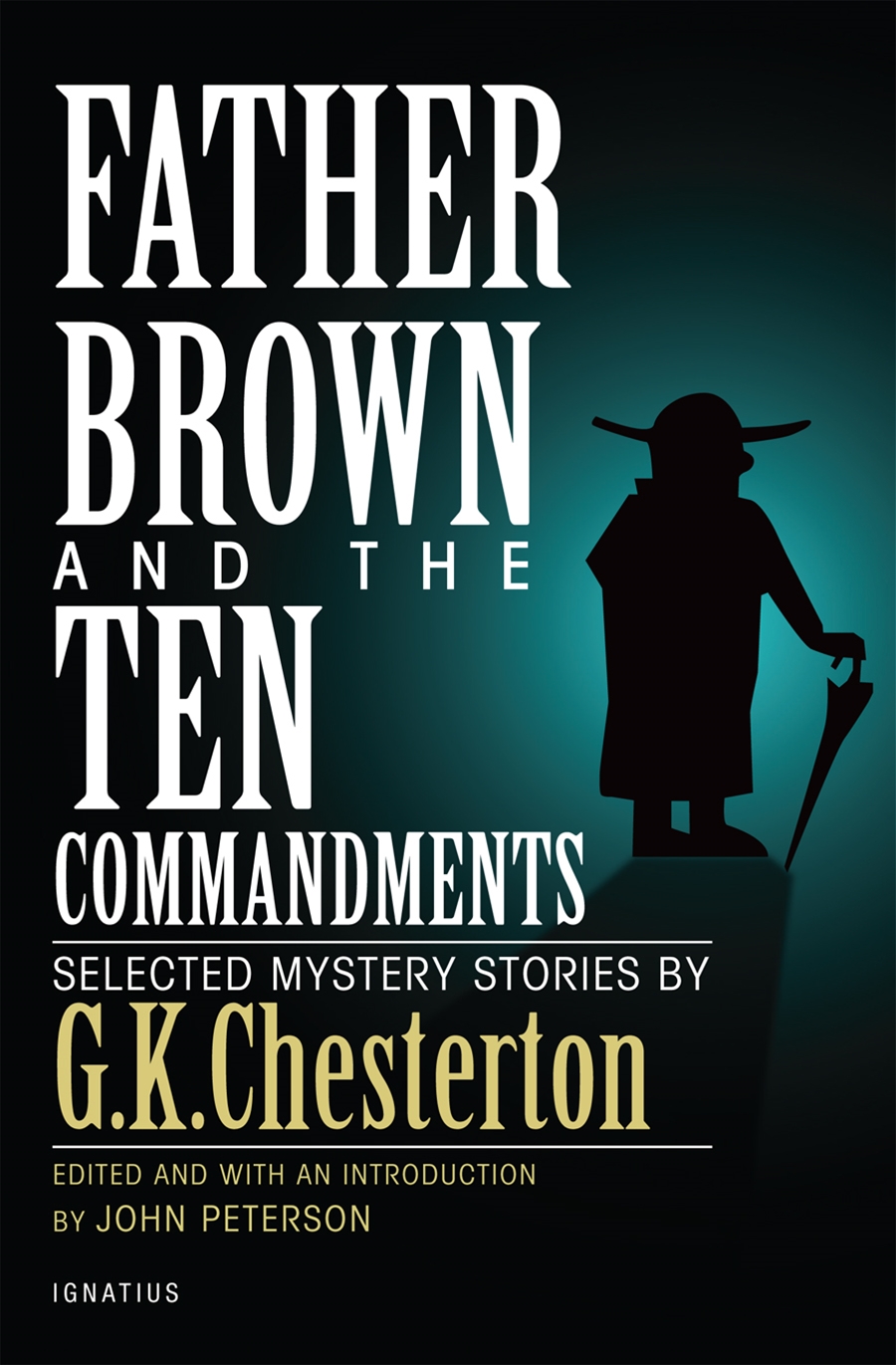 By avoiding sin in our doctrine, we create an unreality that is unmanageable. If we don’t understand sin, than we certainly will not understand forgiveness. Troublesome. A trouble told well in one of Chesterton’s best Father Brown stories. The little priest-detective investigates an old crime and finds that people resent the priest for prying into it, for although it is certainly serious, it happened long ago. They urge Father Brown to stay away from the suspect, leave him alone. Sure, he’s probably guilty, but can’t the priest show a little compassion and simply let it go? Hasn’t the suspect suffered enough?

But the priest does not let it go. He wants to know the truth. It is, after all, a mystery story. He then proceeds to solve the crime by discovering an even worse crime. When he reveals the true crime to the others, they are appalled. They suddenly turn against the criminal they had been protecting. They are disgusted and want nothing to do with him. But Father Brown shocks them still again, when he explains that now he has to go and hear the man’s confession. “But how can you forgive him? After what he did?” The priest explains that that is what priests do. He also points out that the so-called compassionate sympathizers only wish to forgive sins that they don’t think are sins.

It is a brilliant twist that describes the modern attitude toward sin. First: there is no sin, and Catholics who bring it up are being judgmental. Second: there are some things that are beyond the pale, and Catholics are naive if they think such things can be forgiven. We can deny sin only to the point where it is undeniable. But for some, that is a point of despair. But facing the reality of evil in others can sometimes have the surprising effect of getting us to face the same reality in ourselves, and of crying out in need of God’s mercy.

What happens if we don’t confess our sins? St. Robert Bellarmine says the punishment for sin is…sin. If sin is separation from God, then continuing in sin means continued separation from God. But it also means we torture ourselves when we keep sinning. We remain slaves to the cruelest of masters. Being saved from our sins means stopping the downward spiral of sin. One of the things that drew Chesterton to the Catholic Church was the Sacrament of Confession. He knew that a Church that had Confession as an integral part of it had to be a faith based on truth. Sin is a lie, but confessing sin is telling the truth. Sin is a prison, and the confessional is the way out. Christ the Truth has come to set us free.

Oh, and if you’re wondering which Father Brown story I’m talking about, I’m not going to tell you. Read them all.

What does the Bible really say about Mary, the Mother of the Messiah?

Dr. Brant Pitre is Distinguished Research Professor of Scripture at the Augustine Institute in Denver, Colorado. He earned his Ph.D. in Theology from the University of Notre Dame, specializing in the study of the New Testament […]

When Christ’s yoke becomes ours, his Incarnation becomes our divinization