Fr. Dwight Longenecker (dwightlongenecker.com) has written books on conversion, spirituality, apologetics, and theology, but his most recent book might be the most surprising and controversial of his many works. Titled Mystery of the Magi: The Quest to Identify the Three Wise Men (Regnery, 2017), the book uses archeological evidence, modern technology, ancient texts, and a startling new discovery by a Spanish archeo-astronomer to argue that the Magi were diplomats from Petra, the capital of the Nabatean kingdom of Arabia.

Catholic World Report spoke recently with to Fr. Longenecker about his new book, his research, and his conclusions. 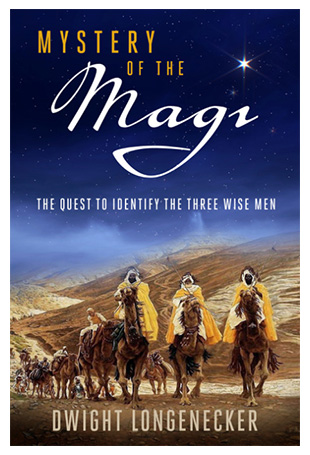 CWR: Why did you set out on this “quest to identify the three wise men?”

Fr. Dwight Longenecker: Several New Testament scholars told me it is practically a point of orthodoxy amongst students of the New Testament that the Magi story is a pious fiction. One well known Catholic scholar admitted, “If you want a career in New Testament scholarship don’t even hint at the idea that you might think the story of the wise men is historical.”

Since I don’t have a career in New Testament scholarship to worry about I thought it would be interesting to see if the Magi story might have some historical substance.

CWR: And does it?

Fr. Longenecker: What I discovered was beyond my wildest hopes. Once I began to do the research it was amazing how all the pieces of the puzzle began to fall together. I should say that the fantastic legends and myths that have grown up around the Magi story cannot be substantiated historically, but Matthew’s short and simple account fits what we know of the geography, economics, politics, and culture of the time perfectly.

CWR: Isn’t it a bit of a stretch to suppose that, after two thousand years, you (and nobody else) have finally discovered the identity of the three wise men?

Fr. Longenecker: That’s the astounding thing. As I was doing my research I kept thinking, “Surely someone else has already written this book.” But they hadn’t, and they had not written the book for some very interesting reasons.

First, my theory is that the Magi were from the mysterious Nabatean kingdom. The Nabateans did not leave a written history so there has been very little historical work done on them until recently. They disappeared into the mists of time, and only recently have we come to know more about them.

Second, the traditional Christians simply accepted the elaborate traditions that has accumulated around the Magi story and didn’t feel obliged to question them. One of these assumptions was that the Magi came from Persia or India. No one looked into it. They just assumed since Matthew said they were “from the East” that they were from Persia.

Third, the assumption amongst the New Testament scholars that the whole story was a pious fable kept them from looking any further into the historical possibilities. “Why,” they might ask, “would anyone look for the historical Snow White and the Seven Dwarfs?”

I took both the believers with blinders and the skeptical scholars to task. I was willing to dismantle the much loved traditions if they did not appear in Matthew’s gospel, but I was also willing to take Matthew’s account seriously and gather data through my research to show who the Magi could have been.

CWR: So there is something in your book to displease everyone!

Fr. Longenecker: Yes. The traditionalists may be disappointed to find that Matthew never suggests that there were only three wise men, nor that they were kings. He doesn’t say they went on a long journey on camels across the desert nor does he say they were led by a miraculous star. All of this was read into the story later for good reasons I explain in the book.

Meanwhile, the scholars who dismiss the historicity of the Magi story will also have to look again. I really believe I have presented a plausible and even probable explanation of not only their origins but their motives.

But in saying that, there is also something to please everyone. Those who believe the gospels are rooted in historical events will be vindicated and those who dismiss the elaborate legends and myths about the Magi will be pleased to see them dismantled.

CWR: What are the new technologies and discoveries that have helped you make these discoveries?

Fr. Longenecker: In the 1930s the archeologist Nelson Glueck discovered a stone zodiac in the Nabatean temple of Khirbet et Tannur dating from the first century. This indicates that the Nabateans followed an astral religion and were adept at astrology. The new science of archeoastronomy has shown that the Nabatean cities and temples were built in alignment with the constellations and star cycles. This also shows that the Nabateans were stargazers. Textual discoveries involving the Dead Sea Scrolls, increasingly detailed Old Testament and historical scholarship also helped to fill in the blanks.

CWR: So who were the Magi?

Fr. Longenecker: The Magi went on a mysterious journey of discovery. Maybe you should too! Seriously, I believe they were Nabatean diplomats who travelled to pay homage to the newborn King of the Jews who they thought would be a grandson or great grandson of Herod the Great. They were also spiritual seekers who were looking for the Messiah.

CWR: Why does it matter?

Therefore this is more than just a pleasant Christmas book. If I am correct that the Magi story is rooted in history then this is one more piece of evidence that joins the growing body of evidence supporting the historical reliability of the gospels. In other words, if we can trust Matthew’s telling of the Magi story, we can have much more confidence in the rest of the gospel account.

Atheism, Poetry, and the Bible

For atheists, the Old Testament is a collection of ancient myths, and the New Testament an inconsistent and plainly fraudulent record presented as objective history, the work of many lying hands shamelessly proffered by the […]

The Bloody 14 and the question of excommunication

The Scriptural roots of the Litany of the Sacred Heart

The Litany of the Sacred Heart of Jesus is one of the most beautiful and moving prayers of the Church; it is traditionally prayed on the First Fridays of the month (in keeping with the […]