John H. Garvey gets straight to the point in the introduction to his book, The Virtues: “The question isn’t whether colleges and universities are offering moral education, but what sort of moral education they ought to impart.” Garvey might have gone further in his claim. K-12 schools, public and private alike, no matter what they claim, offer some kind of moral education. Morality is the foundation of education. Without it, anything that education builds is built upon sand. 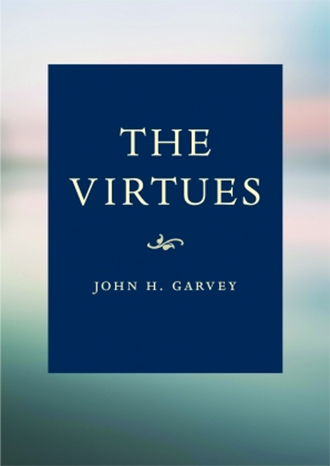 Garvey focuses on colleges and universities because that’s where his experience lies. He served as president of The Catholic University of America from 2011 until he retired earlier this year. He also served as dean of Boston Law School and taught law at the University of Notre Dame from 1994 to 1999. His many publications include What are Freedoms For?, Religion and the Constitution, and Sexuality and the U.S. Catholic Church.

When Garvey writes, “In fact, without virtue, it’s hard to see what the purpose of the university is,” Garvey is referring to the traditional virtues: the Theological Virtues of Faith, Hope, and Charity; the Cardinal Virtues of Prudence, Justice, Courage, and Temperance; and the “Little Virtues” that support the former, like Humility, Honesty, and Modesty. The modern university, by and large, having rejected these traditional virtues, has been built upon a foundation of sand.

Far too many educators and activists have flipped the script on traditional morality and in doing so have undermined the moral formation of our youth. One could go as far as to say that the majority of educators have consigned morality to the dustbin of relativity where Nietzschean individualism invites students to create their own morality. It is in the classroom that traditional morals, once considered universal, are transmogrified into their opposites.

In our postmodern educational system, the moral thing to do seems to be to attack and tear down all that came before it. From a Catholic perspective, this amounts to the absurd proposition that immoral actions are moral. This is “both/and” taken to the extreme. It is a violation of Aristotle’s law of noncontradiction.

I often wonder what my dearly departed grandmother would think if she found herself standing witness to the radical gender theories that have become increasingly commonplace today: men who claim they are women competing in women’s sports, teenage angst channeled into hospitals where doctors perform mastectomies and other “gender-affirming” operations on young bodies and mutilate the natural progression into adulthood, and the rest of the nonsense that mainstream media would have us believe is the norm.

I also wonder what John H. Garvey thinks about his years teaching law at Notre Dame, once upon a time the flagship of Catholic education in America. Change has come to Notre Dame since the 1990s. William H. Dempsey published a recent article in The Catholic Thing that shows just how fast things have gone wrong. According to Dempsey, Notre Dame’s Vice President of Student Affairs, Rev. Gerry Olinger, C.S.C., introduced a video to new students about gender and sexual orientation that is in direct conflict with Catholic teaching.

Father Olinger’s message to students comes down definitively on the side of gender theory. This flies in the face of traditional Catholic views on sex and gender (which are straightforward: male and female, that’s it). When Olinger assures students that “Church teaching is at the heart” of what they are about to witness on the video, it is a lie.

It gets worse. “Transgender,” the narrator continues, “refers to someone whose internal gender identity doesn’t match their biological sex,” and “Questioning” indicates “someone in the process of discerning their sexual orientation or gender.”

A questionnaire then asks new students, “What is your current gender identity?” It lists a number of options, “Male,” “Female,” “Transgender Female to Male (FTM),” Transgender Male to Female (MTF),” “Genderqueer,” and “Other.” Other, one presumes, means “Whatever you can dream up.”

At my alma mater, the University of Wyoming – once a bastion for traditional liberal arts education – a sorority recently admitted a biological male into its fold. In doing so, the sorority undermined the very notion of fraternity and sorority the Greeks had in mind: brotherhood among males and sisterhood among females.

The “transgender” pledge was free to live with whomever he liked off campus, join any club that would have him on campus, and yet he chose to pledge to the Kappa Kappa Gamma sorority. How can this be seen as anything other than a full-frontal attack on traditional morality?

It has become obvious that the postmodern university is committed to tearing down tradition. And it would seem – if you pay attention to such things, which you should – that what I call the Postmodern Marxists (PMs) are succeeding. The PMs have infiltrated and gained significant ground in most traditional institutions, including education, the military, law, government, and even religion.

By religion, I mean Christianity, whether Catholic or Protestant. Taking Notre Dame as just one example where religion and education intersect, the Postmodern Marxists are on the march. The fact remains, however, that our youth need to be educated. They need a firm moral foundation to stand on in order to stand against a world gone mad.

The Jewish Yeshiva University is in a court battle to block official recognition of an LGBQ+ on their campus. That’s a step in the right direction. Take it to court. SCOTUS has been ruling favorably on freedom of religion issues as of late.

Yet, it is not enough. The PMs have effectively compromised the integrity of the institutions of government and law. There is still hope in regaining this integrity, but right now it seems too remote for the individual citizen to count on.

What can be done is this: bring the battle home. The PMs, blinded by their hatred of religion and its focus on family, have severely underestimated the impact a mother and father have on their children. When fathers abandon their children, they are, in effect, throwing them to the prowling PMs that haunt our institutions. Likewise, when mothers turn to drugs to alleviate what seems unbearable societal pressures or poverty, or when mothers and fathers constantly fight and degrade one another in front of their children, they are painting bullseyes on the backs of their children. Postmodern Marxists stir up chaos and confusion in families and then stalk their prey – the children – in the fog it creates.

The same can be said, however, for parents who simply put their kids in school and hope for the best. They might have stable incomes and loving marriages, but their children, too, are seen as prey by the PMs.

Even those parents who do everything right – maybe they homeschooled using a Catholic curriculum, are good providers and loving parents – even their children can be seduced by the PMs who are experts at temptation and societal conformity.

Once parents are aware of all this, they can choose to fight back.

How? Parents can arm their children (and themselves) with traditional virtues. This is what Garvey’s The Virtues is all about. It’s not a difficult read. Broken into four sections – The Theological Virtues, The Cardinal Virtues, The Little Virtues, and The Crown of Virtues – people from all age groups will find sections of the book that are relevant rather than relative to their lives.

The understanding and practice of traditional virtues, which are universal in scope, serve to unify humanity. The new morality, which relativizes all things, divides people and households. Traditional virtues pave the way for individuals to live for something larger than themselves. Living virtuously in a traditional manner also requires choice. Choice requires individual freedom. Both individual and whole are emphasized. This is “both/and” in harmony rather than discord.

The new morality insists first on selfishness and then on conformity and in doing so burdens the individual with an impossible task: creating meaning where there is none to be had. These imposed virtues cause what Nietzsche called ressentiment, an inner dissonance that leads to a transvaluation of values. This is where immorality becomes moral. Today, sad to say, the seeds of dissonance are being planted in far too many of our classrooms.

Garvey observes in The Virtues, “Learning begins with love (for the truth). If we don’t have that, it’s hard to know why we should bother with education at all.” For Christians, Jesus Christ is the Truth. A sure path toward Truth is traditional virtue. This is the moral foundation upon which a life-enriching education must be built.

“The point is that university life only works alongside the cultivation of virtue,” writes Garvey. “The intellectual life depends on the moral life.” This goes not only for the university but for the entire educational system in which the university is intended to be the culminating point.

The Virtues will make an excellent present for any high school student contemplating the next move after graduation. It would also be an uplifting gift to parents, grandparents, aunts, and uncles who may need a refresher course in virtuous living (can you name the seven main virtues?).

In my mind, The Virtues should be required reading for all college freshmen to prepare them for the onslaught of the Postmodern Marxists who would bring them into the darkness and there bind them.

Thank you, John H. Garvey, for your service to humanity over the years. And thank you for The Virtues, a little star to help us navigate the sea through the night.

About Jack Gist 16 Articles
Jack Gist is a professional writer and teacher who has published essays, poetry, and fiction in journals such as Catholic World Report, Crisis, Galway Review, First Things, The Imaginative Conservative, New Oxford Review, Academic Questions, St. Austin Review, and many other national and international venues.
Xing

In light of an electronic poll and the complaints of the Faculty Assembly and Save Catholic, the Board of Trustees issued a statement of confidence […]

There is a widespread impression that science and faith don’t go together. Recent studies, in fact, have shown that this is the most common reason given by young people who abandon their faith. The idea, […]