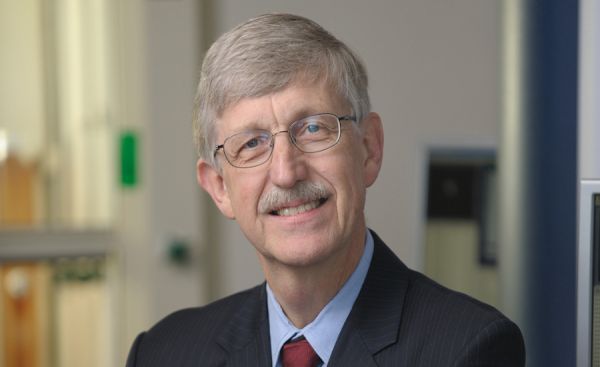 Denver Newsroom, May 20, 2020 / 11:10 am (CNA).- A scientist on the front lines of developing a vaccine for COVID-19 today was selected as the recipient of this year’s Templeton Prize, an award recognizing his contributions to insight about religion through his work as a scientist.

Dr. Francis Collins, director of the National Institutes of Health (NIH) and member of the Pontifical Academy of Sciences, told CNA that working to develop the coronavirus vaccine is one of the biggest challenges of his career, and that these days when he is not working, he is finding solace in prayer and reading the psalms.

“Like all crises, like all occasions of suffering, this is an opportunity where we can learn and grow. And I'm glad that I worship a God who knows about suffering,” Collins, an evangelical Christian, told CNA.

The Templeton Prize, established in 1972 by global investor and philanthropist Sir John Templeton, is an annual cash award of £1.1 million ($1.3 million) to a living person who has made “an exceptional contribution to affirming life’s spiritual dimension, whether through insight, discovery or practical works.”

St. Teresa of Calcutta was the inaugural recipient of the award in 1973.

Before joining the NIH in 2009, Dr. Collins had been professor of internal medicine and human genetics at the University of Michigan, leading research that had discovered the genes responsible for diseases such as cystic fibrosis; neurofibromatosis; Huntington’s disease; and Hutchinson-Gilford progeria syndrome, a rare form of premature aging.

In 1993, he was appointed director of the National Center for Human Genome Research, overseeing the Human Genome Project, an international collaboration that in 2003 succeeded in sequencing the three billion DNA “letters” in the human genome.

Now, Collins is overseeing the NIH’s collaboration with several pharmaceutical companies and government agencies to develop a vaccine for COVID-19. At least one potential vaccine will be ready to begin large-scale testing by July with others to follow soon, Collins told The Associated Press last week.

“I pray for wisdom, for guidance, I pray for forgiveness for making mistakes along the way,” Collins told CNA.

“I've been involved in so many large-scale science projects over the last 30 years, from finding the gene for cystic fibrosis, to the genome project, to cancer immunotherapy; and somehow the burden of responsibility here— we can't afford to lose a day of progress in finding treatments and a vaccine and better tests— is just there every minute.”

“And here I am in my home office, but barely ever going outside, and probably working 110 hours a week just trying to do everything I can to marshal all of those resources and praying to God that they are used wisely to bring hope and healing,” he said.

A rational case for God’s existence

A Virginia native, Collins was homeschooled until age 10 and studied chemistry at the college and graduate level, earning a bachelor’s, Ph.D., and later his M.D., after which he was named a Fellow in Human Genetics at Yale Medical School.

Veering between agnositcism to atheism until age 27, Collins has said that he was “very happy with the idea that God did not exist and that he had no interest in me.”

“That was where I was— if somebody tried to raise that topic [of religion], I would be quick to dismiss it and want to move on to something else, having perhaps had too many instances of feeling like a target for some person who was trying to sell me their faith,” Collins said.

Collins converted in part thanks to C.S. Lewis’ classic book Mere Christianity, which lays out a rational case for God’s existence.

Collins said one thing that caught his attention in the opening chapters of the book is Lewis’ examination of the basis of morality— in other words, why is there such a thing as good and evil, and why does it matter?

“This is where I think the most strict atheists find themselves in a real quandary,” Collins argued.

“Because if they try to argue that our ideas about good and evil are solely driven by evolutionary pressures that have helped us survive, the ultimate consequence of that are that those are fictional concepts— that we've all been hoodwinked into imagining that there is such a thing as good and evil, and that we should stop paying attention to that and do whatever we please. And even the most ardent atheist has trouble with that conclusion.”

Today, Collins is outspoken about his Christian faith. He wrote a book in 2006 entitled “The Language of God: A Scientist Presents Evidence for Belief,” in which he describes how religious faith can motivate and inspire rigorous scientific research.

He and his wife in 2007 founded the non-profit BioLogos Foundation, which aims to foster discussion about harmony between science and biblical faith through articles, podcasts, and other media.

Collins is also a member of the Pontifical Academy of Sciences, having been appointed by Pope Benedict XVI in 2009.

Though Collins said he has only been able to attend one meeting of the Academy at the Vatican since his appointment, he described the meeting as “a fascinating gathering of really world-class scientists of multiple different disciplines.”

“I've found such joy in the ability to bring together the spiritual and the scientific perspectives that I feel this urge to share,” he said.

“Not to turn it into too dry an intellectual, philosophical discourse, but to talk about the joy that I have experienced and by God's grace, in being able to read God's word in the Bible and understand God's works in nature.”

Amid the global race to develop a vaccine for COVID-19, some pro-life advocates and ethicists have expressed concern that in some cases, scientists may use human fetal tissue derived from aborted babies in their research.

One proposed line of research, led by immunologist Kim Hasenkrug at the NIH Rocky Mountain Laboratories in Montana, aimed to find treatments for COVID-19 by implanting mice with fetal lung tissue, infecting the mice with coronavirus strains similar to COVID-19, and testing for successful treatments.

The new guidelines, which NIH released in July 2019, halt new NIH research with aborted fetal tissue and limited funding of “extramural” research— or tests conducted outside the NIH— on aborted fetal tissue. Grant applicants to the NIH must indicate why their research goals “cannot be accomplished using an alternative to HFT” and what methods they have used to determine that no alternatives can be used.

For his part, Collins says he considers the question of whether it is ethical to use human embryos and aborted fetuses for research is an “important issue to think through carefully.”

“But if there are embryos that are left over after in vitro fertilization— and the hundreds of thousands that are never going to be used for anything, they'll be discarded— I think it is ethical to consider ways in which research might make it possible to utilize that information to help somebody.”

“And likewise, if there are hundreds of thousands of fetuses that are otherwise being discarded through what is a legal process in this country, we ought to think about whether it is more ethical to throw them away, or in some rare instance to use them for research that might be life saving.”

The 2008 Vatican document Dignitatis personae states that “the obtaining of stem cells from a living human embryo…invariably causes the death of the embryo and is consequently gravely illicit.”

That document also strongly criticized aborted fetal tissue research, but regarding common vaccines—such as those for chicken pox and measles, mumps, and rubella (MMR)—that are derived from cell lines of aborted babies, the Vatican said they could be used by parents for “grave reasons” such as danger to their children’s health.

The document goes on to state that “everyone has the duty to make known their disagreement and to ask that their healthcare system make other types of vaccines available.”

A committee of four Catholic bishops wrote a letter to the Trump administration in April asking them to “help to ensure that Americans will have access to vaccines that are free from any connection to abortion.”

Collins says he has found it fascinating to observe how much the modern field of bioethics rests on a Judeo-Christian foundation.

“The fact that we do value such things as benevolence, non-maleficence— that is, don't hurt somebody on purpose— as autonomy, as equity, as justice; all of those principles come directly out of the bible,” Collins said.

“And so, a secular ethicist who adheres to those— and they will— may not have quite the same sense that I do about the foundation on which they rest, which for me is very much God-given.”

Sharing faith in the lab

Collins says when President Obama first nominated him as NIH director, there were some voices in the media— particularly, outspoken atheists— who objected to the idea of a Christian leading the nation’s biomedical research effort.

Although Collins said he certainly believes anyone working in the sciences wishing to share their faith with others ought to feel free to do so, he acknowledged that it was much easier for him to share his faith openly after he had already achieved the rank of full professor and led high-profile research projects.

He said even in a setting like the Pontifical Academy of Sciences, held at the Vatican, he sensed that some of his fellow scientists were reluctant to speak openly about their religious beliefs— perhaps because they so often felt they could not share their religious beliefs in the labs where they normally worked.

“I do think, particularly for trainees, or junior faculty, there's a little bit more anxiety about ‘How will I be viewed’ if I talk about my belief in God. Which is really a terrible tragedy, because as I tried to argue in Language of God— these ought not to be seen as in any way conflicting,” Collins said.

Collins said if he could go back in time to talk to his 27-year-old atheist former self, he would encourage that young man to begin contemplating questions like: Why is there something instead of nothing? Is there a God, and how would you know if there were? What is love about? What is beauty about? Why are we here?

“Those are not questions where the scientific approach is going to give you much of an answer at all,” Collins said, adding that he would tell his past self: “Let's think about whether it's worth, before you die, giving a few minutes contemplation to that, and seeing if there's any other direction from which answers might come, other than the science lab.”

Collins will accept the Templeton Prize in a virtual ceremony later this year.

Washington D.C., Jul 21, 2018 / 04:06 am (CNA/EWTN News).- As many as 1 in 800 Americans is currently a victim of human trafficking, according to a new global report which found much higher rates of modern-day slavery in developed nations than previous… […]