Tens of thousands of pro-life Americans gathered Friday to participate in the 49th annual March for Life, amid rising hopes that the event’s goal of overturning the Roe v. Wade decision that legalized abortion nationwide may be within reach.

The march is timed in observance of the anniversary of the Supreme Court’s landmark decision, on Jan. 22, 1973.

“We are hoping and praying that this year, 2022, will bring a historic change for life,” Jeanne Mancini, president of March for Life, the event’s organizer, told participants who gathered at a pre-march rally and concert on the National Law.

“Roe is not settled law,” she said.

This year’s event is taking place as the nation awaits the high court’s ruling in a pivotal Mississippi abortion case, Dobbs v. Jackson Women’s  Health Organization. At issue is the constitutionality of the state’s abortion ban after 15 weeks of gestation — a direct challenge of Roe’s prohibition on state laws restricting access to abortion before fetal “viability,” judged to be between 24 to 28 weeks of gestation. If Roe and the related decision in Planned Parenthood of Southeast Pennsylvania v. Casey were overturned, the regulation of abortion would return to democratically elected state legislatures, many of which are poised to enact major abortion restrictions.

Speakers at the rally included Katie Shaw, a pro-life advocate who has Down syndrome, and Father Mike Schmitz, the host of Ascension’s popular “Bible in a Year” podcast.

“There’s a reason we’re here. And the reasons have principles,” Schmitz said in an interview with EWTN Pro-Life Weekly prior to his speech. “The Church introduced to the world 2,000 years ago this truth that every human being matters, that every life matters … every person here matters.”

Schmitz, a priest of the Diocese of Duluth, Minnesota, continued on that same theme in his speech.

“I think we’re here because abortion and what it’s done is broken our hearts. And I know so many people here, you’re standing here because you know the dignity of human life. And so many people are among us because this story is part of your story, because you found yourself at one point and a place where it seemed like life was an impossible,” he said.

The march itself got underway at about 1:30 p.m. EST, proceeding from the Mall up Constitution Avenue, culminating in front of the steps of the U.S. Supreme Court.

Prior to the march, a scattered group of early arrivals gradually swelled to a large crowd of tens of thousands of people over the course of a sunny but cold morning, with temperatures in the 20s.

Mary St. Hilaire, 21, of Wichita, Kansas, and Kristina Massa, 22, of Lincoln, Nebraska, attended the march with a group called Justice For All, which trains people to have “productive” conversations about the right to life.

“I’m pro-life because I think that life begins at conception, that there’s a new, unique individual human being from the moment of conception,” St. Hilaire told CNA. “And I think that killing that human being is a grave injustice, that they’re equal to you and I, and that they deserve the same right to life. And I also think that abortion harms women, and women deserve better.”

Archbishop William E. Lori of Baltimore, chairman of the U.S. Conference of Catholic Bishops’ Committee on Pro-Life Activities, said the pro-life movement cannot afford to become “complacent,” regardless of the outcome of Dobbs.

“The Catholic Church’s opposition to abortion is a response of love for both mothers and their children in the womb. The Church’s teaching proclaims a message of life, reminding us that every life is a sacred gift from God from the moment of conception until natural death,” Lori said in a statement.

“We cannot build a truly just society and remain complacent when faced with the massive impact of Roe v. Wade, which has taken over 60 million lives since 1973. May we pray, fast, and work for the day when the gift of every human life is protected in law and welcomed in love,” he added. 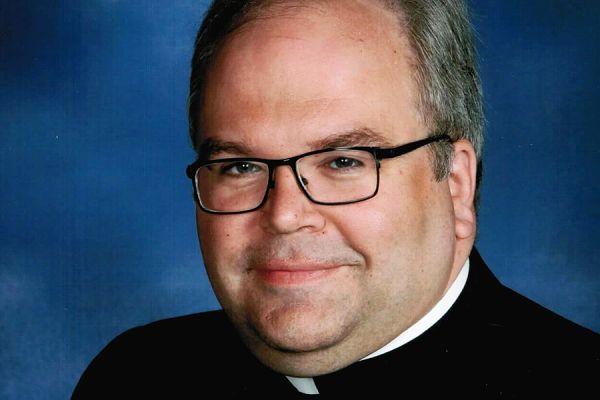 CNA Staff, Jun 1, 2020 / 04:11 pm (CNA).- Blessings of homosexual couples in the Catholic Church would only obscure knowledge of what is important and good about persons with same-sex attraction, according to the director of Courage International.

“We need to have hope that some, perhaps many, of the people who propose things like these liturgical blessings for same-sex couples are motivated by good intentions. They do not want anyone to feel excluded by the Church, and so they look for ways to honor and recognize members of the parish in public ceremonies,” Fr. Philip Bochanski told CNA May 26.

“The Benediction of Same-Sex Partnerships” is a recently published, German language book which considers how homosexual couples might receive a formal, liturgical blessing of their union in the Church.

According to the book’s author, it was written in response to a request from the liturgical committee of the Austrian bishops’ conference.

Fr. Bochanski explained that pressing for blessings of same-sex couples “restricts rather than expands our understanding of what is good and important about our brothers and sisters.”

“To suggest that without a recognized sexual relationship (marriage or something like it), we are expecting people to live lonely, loveless lives, overlooks the fact that there are many kinds of love — charity, affection, friendship, to name a few — that are real, vital loves in their own right and not consolation prizes for people who aren’t married. We appreciate love less, not more, by insisting on same-sex unions.”

The Church, he said, should “speak the truth in love to them as we call them to pursue chaste friendship in its fullness rather than a sexual relationship that is missing essential elements of its meaning and purpose. It is not always an easy discussion to have, but it is an invitation to deep, authentic love, rather than an imposition that restricts someone’s freedom or fulfillment.”

Fr. Ewald Volgger, the principal author of the German language book, has said that through the blessing the Church would express “the obligation of fidelity and the exclusiveness of the relationship.”

Fr. Bochanski noted that “life-long fidelity and total exclusivity are two of the essential characteristics of conjugal union — that is, the qualities that make marriage what it is,” along with complementarity and openness to procreativity.
If each of these four characteristics are present, “you have an intimate relationship according to God’s plan,” he said. “If one or more of them is missing, then the relationship is outside of God’s plan — it is immoral.”

He added that “we find our fulfillment by following God’s plan for our lives. The clear teaching of the Church is that sexual intimacy between people of the same sex is always immoral. To tell our brothers and sisters who are attracted to the same sex that the way to find happiness and fulfillment, in this world and in eternal life, is to pursue a relationship that is contrary to God’s plan is a dangerous lie.”

Rather than pushing for blessings of homosexual couples, Catholics should begin outreach with accompaniment and listening, Fr. Bochanski stated.

“Our pastoral approach to people in same-sex unions who are seeking deeper participation in the life of the Church ought to start with a real willingness to ask for and listen to their stories.  Pope Francis says that ‘we ought to accompany them starting from their situation,’ and that when we welcome people with mercy and a willingness to take them where they are, ‘the Holy Spirit inspires [us] to say the right thing.’”

He said that “as we get to know the people who are coming to us, we begin to understand what they’ve been through, what they’re looking for, and whether they’re finding it.” Then a conversation about “what Christ and his Church desire for each member of the Body of Christ” can be had.

“We should invite people to talk frankly about what they understand of the Church’s moral teaching, whether they are living it, and what makes it easy or difficult for them to do so,” he said. “In this way we can enter a long-term dialogue in which we can lead them, step by step, to understand the teaching more clearly, and embrace it more fully.”

Celibates have a particular role in this, the Courage director said: “We ought to testify by our words and our lives the joy that we find in sacrificing one type of relationship — the sexually intimate relationship of marriage — and diving deep into loving relationships with friends, family and parishioners….joyful, faithful celibates can give a powerful witness and encouragement to those who are being called to embrace chastity in the form of an intentional single life.”

Fr. Bochanski also noted that the Church’s teaching on sexual morality is based on both scripture and the nature of the human person. It is found in the opening chapters of Genesis, and is reiterated by both Christ and St. Paul, and is written “not only in the human heart, but on the human body: we can look at how men and women’s bodies are different and related, and understand a great deal about God’s plan for intimate sexual union.”

“Our understanding and evaluation of same-sex intimate relationships is simply an application of these broad principles to a particular question, and it is in harmony with the teachings on sexuality and chastity that apply to every person and to every relationship,” he reflected.

“We can and should always be looking for ways to make these teachings understandable, to speak them clearly in ways that modern people can…grasp the beautiful realities that the doctrine expresses,” Fr. Bochanski advised. “We find new ways to present the age-old teachings because of where they come from. The Word of God and the nature of the human person are unchanging and unchangeable, and so the truths they teach us simply cannot change.”

He called it “extremely distressing” that some German prelates “speak as if the Church’s teaching can and ought to change. On the contrary, teaching that is part of the revealed Word of God and is consistently taught by the magisterium of the Church is held to be infallible and must be accepted with the assent of faith. This is particularly the obligation of priests, bishops and cardinals, who take an Oath of Fidelity at their ordinations in which they swear to hold these teachings firmly, teach them clearly, and shun anything contrary to them.”

The Courage director concluded, quoting from the Congregation for the Doctrine of the Faith’s 1986 Letter to the Bishops of the Catholic Church on the Pastoral Care of Homosexual Persons: “Departure from the Church’s teaching, or silence about it, in an effort to provide pastoral care is neither caring nor pastoral. Only what is true can ultimately be pastoral. The neglect of the Church’s position prevents homosexual men and women from receiving the care they need and deserve.”