Like many reverts to the faith, my second conversion, as it were, was prompted in no small part by an intense study of the Church Fathers and encounters with Beauty. Not one to have given much of a second glance to sacred art before that time, I remember quite clearly my immediate reaction to finishing The Dialogues of St. Gregory the Great: I commissioned an icon. 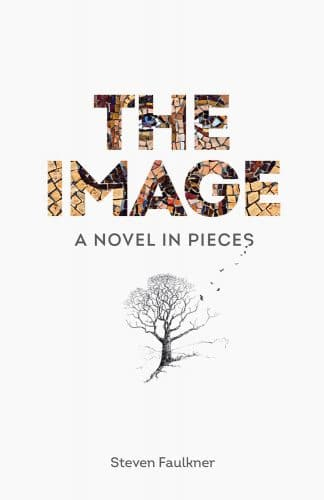 What’s the link or relationship there? Though I didn’t have it explicitly worked out at the time, it seems obvious to me now: I had (to paraphrase a line from Stephen King’s The Dark Tower series) forgotten the face of my father. Reading the Fathers had brought me back into the territory of my Father’s Kingdom, but who could reveal His face? Intuitively, I reached for an icon—and a store-bought one, no matter how impressive the provenance, would not do.

The process of commissioning an icon was more involved than I at first supposed. The icon writer, who was Orthodox, had a two-year waiting list, which I took to be a good sign, if not one that would help me grow in patience. He asked me to agree to a set of conditions ahead of time, including where the icon would reside, what might happen to it in the future, under what circumstances it should be covered or revealed, what my intentions were for it, and the like. He made sure I understood that he undertook the writing of an icon within the disciplines of prayer and fasting, and he encouraged me to do the same.

Clearly, the writing of an icon was spiritually serious business. And that holy fear—the wonder and awe of what goes into asking to cooperate with our Lord in the creation of an image through which He gazes upon us—was exactly the recovery and rejuvenation my soul was craving.

Something of this awesome sense of divine gravity permeates Steven Faulkner’s short novel The Image.

Told in three sections, the book introduces us in part one, “Ikon,” to an icon maker and his family, whose raw materials are stone and who labors to fulfill his vocation in the time of the iconoclasts. Faulkner writes this section with particular aesthetic skill, sketching the time and place with vivid details but keeping the narrative moving at a pace appropriate for his subject: the deliberate, detailed, and precise work of an icon maker, but one who works with urgency, aware that it could be found and destroyed at any time. Faulkner’s depictions of the artist’s raw materials—the greatly variegated stones and their innumerable colors; how to shape them, and even how to find them—have a mythic quality to them, fitting for an artist deeply aware of the demands of holiness.

The character’s work becomes the subject of part two, “Mosaic,” in which a long period of time has elapsed and a reluctant, soul-stricken man becomes custodian of the work, only to find himself interrupted by another seeker whose intentions remain unclear. This section acts as a bridge in the novel, and Faulkner wisely begins to transform the style of his writing to reflect the shifting, modernistic attitudes of both the times and his characters. The intriguing and appropriate effect is that readers find themselves longing for the prayerful silence and the aesthetic intrigue of part one; they come to empathize with the restlessness or suspicion of the main character in this section. And when violence occurs, Faulkner depicts it accurately yet tastefully: immediate, sudden, and devastating, but without sensationalism, much like Stephen Crane, Jack London, and other American Naturalists portrayed it.

Part three, “Puzzle,” brings the haunting events of the past fully into the present, as a good-willed agnostic—himself a modern icon maker of sorts—and a not-as-charitable skeptic discuss the work amidst planning their impending marriage. Faulkner outlines the characters’ pasts convincingly in this section, especially for such a brief novel. This final section reads like Hemingway meeting Graham Greene: Faulkner gives you just enough information to draw conclusions about the big picture, but he refuses to give you pat answers. He has learned Flannery O’Connor’s lesson that “a story that is any good can’t be reduced, it can only be expanded.”

The overall effect of the novel is indeed that iceberg effect often attributed to Hemingway and Raymond Carver after him. When you begin reflecting on the themes of the book—the way Faulkner has lined up his artistic effects, the depiction of the course of events over the centuries of the narrative—a much larger picture emerges, dare I say an iconic one. It is obvious that Faulkner is a man of prayer himself—of what variety I cannot be sure, but I am confident it involves sacred art—for the novel makes many claims about the spiritual life, often subtly, that ring true when one considers the Desert Fathers, for instance, or the richness of a landmark work like The Way of a Pilgrim. I can see this little novel dotting Adoration chapels across the country, its compelling story drawing readers even further into the mystery of the Incarnation demonstrated right in front of them.

I must emphasize, however, that The Image is first and foremost a work of art, an aesthetic achievement. Diehard fans of Michael O’Brien might find the novel too subtle, just as Evelyn Waugh devotees might wish for a noisier book. It took me several weeks of reflection after finishing The Image to come to terms with it, to digest its wisdom, even to bring some of its ideas to prayer. As someone who teaches literature for a living, it was not difficult to provide an all-too-pithy summary of Faulkner’s accomplishment in The Image: Willa Cather meets Cormac McCarthy in the Iconoclastic Controversy. But the great works of art gesture to the transcendent, and contemplating that vertical movement takes time—time well spent, of course, in front of the image of the Creator. As I’ve mentioned, Faulkner’s The Image will likely drive you to do just that.

And that icon I commissioned? I could fill several pages detailing the blessings our Lord sent through it, but for now I will tell of its current resting place. After a major event in my family’s life, we discerned that—having held and venerated the icon for several years—it was perhaps time to allow it a greater station. I shared the details with a priest I trust, and the icon now resides in a monastery. If that transfer seems like a moment from a Catholic novel—i.e., T. M. Doran’s Toward the Gleam—such a coincidence only points to the power of Beauty to draw us to the Father’s revelation of Himself in the image of His Son.

The Image: A Novel in Pieces
By Steven Faulkner
Beaufort Books, 2021
Paperback, 112 pages