President Joe Biden will increase the refugee admissions limit by May 15 – after reports that he would keep the refugee cap at its record-low level for this fiscal year.

“The President’s directive today has been the subject of some confusion.  Last week, he sent to Congress his budget for the fiscal year starting in October 2021, which honors his commitment,” said a statement from White House Press Secretary Jen Psaki on Friday afternoon.

The statement came hours after a senior administration official confirmed that the refugee cap would remain at the figure set by the Trump administration, a limit of 15,000 refugees to be admitted for the 2021 fiscal year.

“For the past few weeks, he has been consulting with his advisors to determine what number of refugees could realistically be admitted to the United States between now and October 1. Given the decimated refugee admissions program we inherited, and burdens on the Office of Refugee Resettlement, his initial goal of 62,500 seems unlikely,” said Psaki. Biden in February announced the goal of resettling 62,500 refugees

Psaki added that Biden did take action to allow refugees from certain regions to begin coming to the United States “within days.”

“With that done, we expect the President to set a final, increased refugee cap for the remainder of this fiscal year by May 15,” she said.

Bill Canny, executive director of the U.S. bishops’ conference (USCCB) migration committee, told CNA that while he was “glad for the news that some refugees will  begin to come to our country,” there remained work for his organization to do.

“We will continue to press the administration to increase the Presidential Determination going forward with the expectation that the campaign goals of welcoming many more refugees than in the past four years will be realized,” he said.

Bill O’Keefe, executive vice president for mission, mobilization and advocacy at Catholic Relief Services, said the United States must “rebuild the capacity to welcome refugees into our country–which reflects our moral responsibilities and our proud history–so that next year our country can successfully resettle 125,000 refugees.”

According to the International Rescue Committee, a nonprofit that assists refugees, only 2,050 refugees have been admitted to the United States in the current fiscal year. This is a historic low.

The initial news that a maximum of 15,000 refugees would be permitted in the United States was swiftly condemned by many.

“Today, President Biden is turning his back on tens of thousands of refugees around the world who have been approved to come to the United States,” said a statement from Joanne Lin, the national director of advocacy and government relations for Amnesty International.

Lin said that Biden “squandered” an opportunity to “place human rights at the center of  U.S. foreign policy, and to restore U.S. global leadership.” 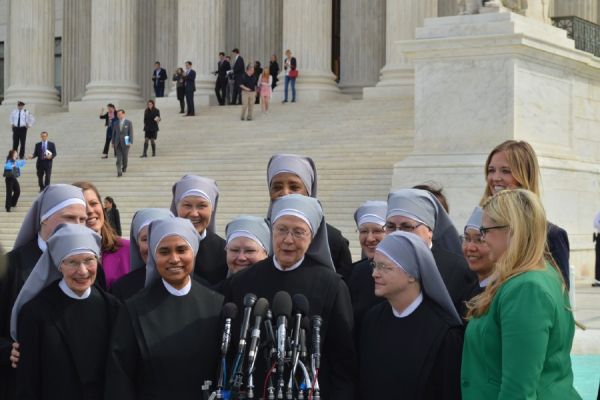