Earlier today, Hurricane Delta sustained category 3 winds of 115 mph. According to CBS, the hurricane has since dropped to category 2 with winds of 110 mph, but the storm is still expected to produce dangerous storm surges, which may reach 11-feet in some areas.

Cameron and other nearby areas are still recovering from Hurricane Laura, which is estimated to have caused up to $12 billion damages to over 500,000 insured properties.

Catholics Charities in Northwest Florida has been gathering supplies and materials to donate to their western neighbors. The organization has encouraged parishes to gather resources, and warehouses have been organizing items such as tarps, non-perishable food, and baby supplies.

A large portion of these supplies are leftover from Hurricane Michael in 2018. The materials will be driven from Panama City to Lake Charles, WJHG reported.

Andy Cornett, relief manager for Catholic Charities in Northwest Florida, emphasized the importance of providing aid to the people of Louisiana, noting that the Cameron community is still recovering from the last storm.

“We came up with asking the local Catholic churches if they would have a supply drive and they did, and this is what we received. It was an out-pouring,” said Cornett, according to WJHG.

“With Hurricane Delta coming in, which is a major hurricane right now, they are in bad shape right now,” he added. “People are in dire need. I think that’s why we need to go give back because they are taking two storms back to back.”

Several weeks ago, Hurricane Laura forced over 500,000 people across two states to evacuate. It also caused severe damages to parishes and church buildings in the Diocese of Lake Charles. According to the diocese, nearly one-third of priests in active ministry had to be relocated.

In the United States alone, Hurricane Laura killed 42 people: 22 in Louisiana, one in Florida, and nine in Texas.

Catholic Charities of Southwest Louisiana is also preparing for the next hurricane and has been a major source of relief from the victims of Hurricane Laura. It has provided 470 pallets of food, water, buckets, and cleaning supplies to 20 locations throughout the Lake Charles diocese.

“We have been helping with hotel vouchers, receiving and delivering basic supplies, and are just beginning some basic case management to help to support families that have been impacted by Hurricane Laura. We are committed to continuing to serve the evolving needs of the community,” the organization said in a recent statement.

Father Kevin McQuone, pastor of St. John the Evangelist Catholic Church in Panama City, Fla., said this response from Catholics in a neighboring state is a powerful message. He said it is valuable to return the favor to Louisiana, who helped the people of Florida during the 2018 hurricane.

“Just imagining what they’re going through right now based on our experience with Hurricane Michael makes it all the more meaningful to be that good samaritan for them,” said McQuone, according to WJHG.

“We felt forgotten, so we’re trying to make sure the people of Louisiana and all of the affected areas are not forgotten,” he added. 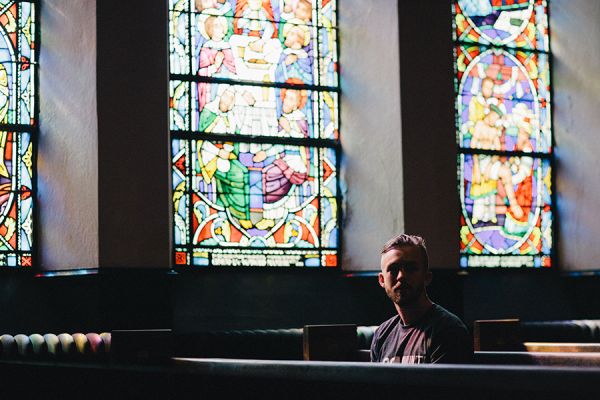 CNA Staff, Dec 11, 2020 / 12:09 am (CNA).- Americans who attend religious services weekly are the only demographic group appearing to show improved mental health in 2020, despite the stresses of the coronavirus pandemic and other events, says a new survey.

While coronavirus restrictions have often limited peoples’ ability to attend religious services, the Gallup survey did not ask respondents whether they faced such limits.

Gallup has conducted the same November Health and Healthcare Survey every year since 2001. The latest Gallup survey was conducted Nov. 5-19. Its random sample of 1,018 U.S. adults age 18 and older claims a margin of error of plus or minus 4% for the total sample.

The coronavirus has killed some 290,000 Americans – generally the elderly and those with vulnerable health – and hospitalized even more. The virus and restrictions aiming to limit its spread have hindered social and economic life as well as mental health care. Unemployment and underemployment rates have soared.

The year 2020 also witnessed a controversial presidential election, protests against coronavirus restrictions, demonstrations against police after the death of George Floyd, and major civil unrest, riots and vandalism throughout the United States.

Survey responses of self-reported excellent mental health are “eight points lower than Gallup has measured in any prior year,” the polling company said Dec. 7.

“These demographic patterns have been mostly consistent over the past 20 years,” Gallup said.