We live in a society that has become increasingly divided. On one side we have technocrats. These include the rich, powerful, and well-positioned, as well as the ambitious and credentialed people who serve and want to join them. Their rule is supported by various people—members of ethnic or lifestyle minorities, unmarried people and others with loose social connections—who find that the traditional and local attachments common in America don’t work for them and look to formal public institutions for support. 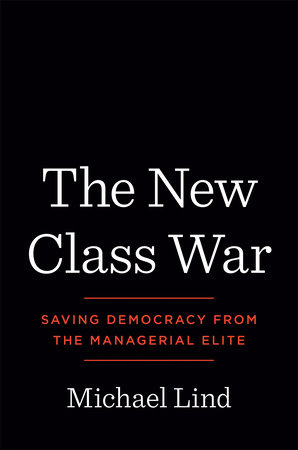 Across a great divide we have the deplorable bitter clingers that President Obama and Secretary Clinton used to complain about. These are people who are less oriented toward career and abstract freedom than the everyday habits and connections that have normally been ordered by tradition, transcendent loyalties, and settled social relationships.

The first class has overwhelming political and economic power. That power is increased by policies that weaken customary attachments, like mass immigration and enforced “inclusiveness,” and by indoctrination and disruption of traditional culture carried on by the education, culture, and media industries.

Several conservative writers have recently written about aspects of this situation. Charles Murray notes that the position of low-status whites has been declining because the habits and connections they once lived by are losing their force. Rod Dreher and Patrick Deneen say people who don’t like the direction our rulers are taking us need to build local communities that enable them to live more in accordance with their aspirations. And R. R. Reno advises our governing classes that their campaign to get rid of traditional connections in the name of inclusion and tolerance has gone too far and should be given up.

This discussion has now been joined by Michael Lind, a one-time conservative who more recently has worked with liberal publications such as the New Republic. His recent book, The New Class War: Saving Democracy from the Managerial Elite (Portfolio/Penguin, 2020), discusses the situation from his own democratic nationalist point of view.

Lind’s big concern is class, which he says is still with us. Now as always it passes down through the generations, and whatever class is dominant uses its position to its own benefit. He doubts that situation will ever change. He thus rejects the Marxist expectation that at some point the people will establish a classless society, as well as our rulers’ claim that meritocracy has given us one already.

The latter claim is obviously self-serving. It tells us that the people at the top deserve everything they have, and the deplorables have nobody to blame but themselves. Further, their preference for settled habits and local connections is the source of the racism, sexism, and general bigotry that (we are told) is the only real flaw in an otherwise just and meritocratic system.

So the deplorables are a problem, for themselves and everybody else. If we were all managers and professionals totally oriented toward career, money, consumption, and political correctness, there would be utopia. Such is the belief, and our rulers have decided to deal with the situation through education and indoctrination, programs that promote things like diversity in STEM, and the continual mass immigration that is making aging non-elite whites more and more irrelevant.

Lind, an heir to the tradition of New Deal liberalism, finds it outrageous for our smug and prosperous elites to divide a troubled and increasingly diverse working class on racial and sexual lines so their woes can be blamed on the white men among them. And he has nothing but contempt for claims that populist resistance to the neo-liberal program of free trade, free migration, and free love amounts to incipient Nazism promoted by Vladimir Putin.

But what to do? Not everyone is going to become a professional. Payoffs to the discontented don’t deal with basic problems. People talk of distributism, but modern industrial organization isn’t going away. State administration in the interests of the people won’t work as intended because it leaves the people powerless. And populism is reactive and unprincipled, so it’s not going to work either.

Instead, Lind would like to bring back something like the pluralistic system that prevailed from the Second World War into the 1970s. That system limited upper class power through strong popular institutions. In the economy, unions and farmers’ associations offset the power of wealth; in politics mass parties rooted in local politics and dominated by power brokers offset the inevitable advantages of the well-educated, well-connected, and well-funded; and in cultural matters religious and civic organizations pressured culture-forming institutions like Hollywood to limit their disruption of established connections and ways of life.

From the standpoint of today’s growing class divide that period looks like the good old days. But how would it all work? As Lind suggests, the system that arose during the Second World War and continued during the postwar years had a lot to do with worker solidarity—a.k.a. social cohesion—and Realpolitik. It existed because workers were aware of common interests, and the ruling classes felt the need for national unity in the face of foreign conflict.

But today the common interests among workers are less obvious. Modern information and communications technology disaggregates economic activity by making decentralized microarrangements possible. Instead of large masses of men working side by side at a single location we have myriads of contractors in widespread fluid networks of production and distribution. That situation would make for much less worker solidarity even if the process were less globalized.

Nor does the challenge of economic competition from e.g. China seem as strong a motivation for national unity as hot and cold war prosecuted by powerful and ruthless enemies—especially when influential people today are perfectly happy to ally themselves with our opponents if it seems personally advantageous to do so.

A final problem for Lind’s dream is that man does not live by bread alone. That’s especially true for non-elite people without all-consuming careers and without resources to devote to refinements of consumption, and who look upon a job as a way to provide for their and their families’ practical needs. So working class solidarity will have to involve aspects of life that have little to do with economics.

In other words, it will require common culture among the workers. Lind seems to understand this, with his comments on the necessity of immigration restrictions for the system that emerged in the 1940s, and his emphasis on organizations like the Legion of Decency in culture, and Catholic ethnics in unions and urban politics.

But where is that common culture today? Labor unions aren’t even run by workers any more, nor are the leaders of religious organizations culturally representative of their members. They’re all run by the sort of people who run things today, who have more in common with their fellow managers and technocrats than those they claim to lead.

A generally cooperative system also depends on a ruling class that has some sympathy with the outlook of ordinary people, or at least doesn’t hold them and their outlook in open contempt. As Lind notes, in the old days upper class people were often Knights of Columbus or supporters of the Boy Scouts. Their social values were rather like those of the people at large. As Lind also notes, that’s changed radically.

So what should public-spirited Catholics support in such unfavorable circumstances? All the writers I have mentioned help us understand the situation, but the practical problems their proposals raise dramatize the limitations of specifically political activity. And the Wuhan virus is multiplying uncertainties for all political strategies.

But the basics remain. To deal effectively with human reality we must understand humanity. So today as always, the most important thing the Church can do is change fundamental understandings of man and the world. What we need is not better strategies and policies so much as a better understanding of the world, one that recognizes man’s transcendental dignity as well as his natural, historical, and cultural dimensions. When we have that we can talk effectively about what to do. Without it we are lost.

An adequate understanding of the world is something that today only the Church can provide. Everyone else has forgotten too much. But she can provide it only if she acts as the Church rather than just another NGO. She helps redeem the time by referring us to what is beyond time. That is now more true than ever.

About James Kalb 132 Articles
James Kalb is a lawyer, independent scholar, and Catholic convert who lives in Brooklyn, New York. He is the author of The Tyranny of Liberalism(ISI Books, 2008) and, most recently, Against Inclusiveness: How the Diversity Regime is Flattening America and the West and What to Do About It (Angelico Press, 2013).

‘Building the Benedict Option’: How skillet cookies can lead to community