Are those with profound cognitive impairments still human persons? 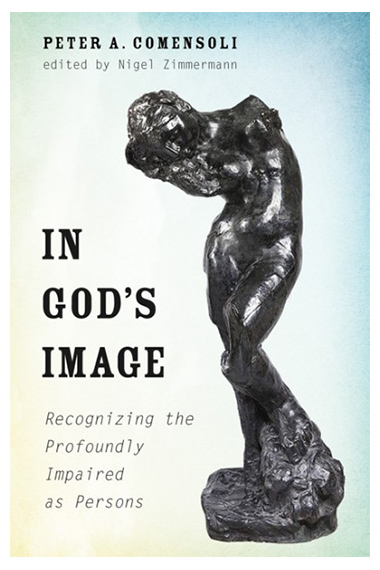 The question is surprisingly contentious. The controversial Professor of Bioethics at Princeton, Peter Singer, for example, answers “No” in his book Practical Ethics:

There are many beings who are sentient and capable of experiencing pleasure and pain, but are not rational and self-conscious and so are not persons. … Newborn infants and some intellectually disabled humans [fall into this category].

Singer is not an outlier. Many philosophers today make a distinction between human beings and human persons. The former is anyone who belongs to the species homo sapiens. The latter requires realizing some set of capacities or characteristics, such as rationality, self-awareness, and autonomy.

Many Christians are—rightly—horrified by such arguments, yet the Christian response to why such arguments fail has varied considerably. Interestingly, in the course of developing such arguments, many leading Christian thinkers have criticized not only Singer and his ilk, but traditional Christian anthropology as well, which they tend to view as equally dangerous. The Christian tradition on what it means to be human is deeply problematic, they argue, because it tends to interpret the imago Dei in terms of reason and freedom which are put forward as the distinctively human qualities. Yet, the profoundly intellectually disabled do not have these capacities. Traditional Christian anthropology, it is thought, also excludes the disabled from the human community. Therefore, the tradition needs to be either discarded or radically rethought.

Catholics have come rather late to this conversation. Most of the leading disability theologians are faithful Protestants, many of whom have disabilities themselves or who have spent considerable time working and living with those who have disabilities. In Catholic theology, disability tends to crop up in ethical discussions, such as addressing the morality of aborting babies with Down Syndrome or how to treat those in a persistent vegetative state. Catholic theologians have tended to assume the personhood of the profoundly disabled, but have not argued for it.

Enter Peter Comensoli, Archbishop of Melbourne, Australia, whose revised dissertation at the University of Edinburgh has recently been published by Cascade Books as In God’s Image: Recognizing the Profoundly Impaired as Persons. This book is a long overdue Catholic contribution to the theology of disability literature.

Drawing on traditional Catholic sources ranging from Aquinas to John Paul II, Comensoli argues, “Personhood is not some determinative condition, some qualitative measure, to be achieved by a human being.” Comensoli certainly has the Singers of the world in mind in writing this, but his main audience is his fellow theologians who are critical of the Christian anthropological tradition because it is exclusive and try to recast it on a model of “inclusion.”

This approach, Comensoli thinks, has much to recommend it. As Christians, we are called to include the excluded, to reach out to those on the margins, to go to the peripheries. “Inclusion” is not just a buzz word, but a radical call to love those whom the world tells us are unlovable. Still, this approach, while salutary, rests on a flawed assumption. Lurking behind “inclusion,” Comensoli argues, is the idea that personhood is not intrinsic to being human. (Here, these Christian theologians have something surprisingly in common with Singer, though they come to radically different conclusions about what to do with that.) Even though personhood is extrinsic to the human, it can be, and should be, bestowed by others, either the community or God. This means that the “in group” of human persons benevolently extends personhood to the “out group” human non-persons. Or, God himself bestows personhood on the human non-person through an outpouring of love and friendship.

Contrary to the prevailing trend, Comensoli shows that traditional Catholic anthropology has the resources to secure the dignity and personhood of the profoundly intellectually disabled. Indeed, the most refreshing part of Comensoli’s book is the retrieval of the idea that there is one anthropology for everybody. He quotes the beautiful line in the Catechism, “Being in the image of God the human individual possesses the dignity of a person, who is not just something, but someone” (#357). Personhood is inherent in the human. It is something to be recognized, not bestowed, by others. Human beings are recognizably persons because we are made in God’s image.

Comensoli thoughtfully develops the idea that the way we live this personhood is always conditioned by the limitations of our nature which, for all of us, is marked by dependency, vulnerability, and disability. Made in the image of God, we are persons; fallen as we are, our human nature experiences various degrees of suffering and limitation. Still, a person is a person no matter how impaired. “It is both the case that their impairment has nothing to do with them being persons, and that they are the persons that they are in the living of their impairment.”

Comensoli’s book is a welcome addition to the theology of the disability discussion. He provides a friendly, though important, critique of the dominant assumptions in the current Christian disability literature, while also retrieving the tradition in creative ways to address new challenges. Hopefully, this will be the start of many studies of how the Catholic tradition can shed light on the questions raised by disability and the lives of the disabled.

About Dr. Jared Ortiz 16 Articles
Dr. Jared Ortiz is Professor of Religion at Hope College and author of You Made Us for Yourself: Creation in St Augustine’s Confessions (Fortress Press, 2016) and editor of Deification in the Latin Patristic Tradition (The Catholic University of America Press, 2019). He is also founder and executive director of the Saint Benedict Institute.

An argument for a revised feminism, rooted in a correct anthropology

If intellectual history teaches us one thing, it is the fact that even if an idea is self-evident nonsense, that is no bar to it being believed by vast numbers of people and even becoming […]

The Form of True Education

Editor’s note: The following essay is a summary of an address given at Martin Saints Classical High School, in May 2019. ——– Modern education as we have known it for a century now tries to […]

Take in something lasting and satisfying this summer. Take a look at Mark Levin’s new book, Rediscovering Americanism and the Tyranny of Progressivism. The latter half of the title will draw eyes right away. Glancing […]