As he describes himself on his now-dormant Twitter account, David M. Cheney is, in some ways, just a “Random Catholic Dude.”

He works a full-time computer support job, loves to travel, opens emails with “howdy,” and belongs to the Church of the Holy Cross in Overland Park, a suburb of Kansas City, Kansas.

Cheney is also the person behind the longest-running online database for information about the bishops and dioceses of the global Catholic Church.

Asked why he started Catholic-Hierarchy.org more than 20 years ago, the 56-year-old Kansas native said, “Part of it is just because it’s not available anywhere else.”

The website, which includes both current and historical data for the Church’s hierarchy, had 612,000 visits and 1.3 million page views in a recent 30-day period. In one month this year, the site saw visitors from almost every country in the world.

Cheney told CNA in a video call from his home last week that the website started out as a simple project to teach himself web design.

“I was working at Texas A&M University running the computers for the economics department and I needed a project to start learning web skills. This was back in the late ’90s,” he said.

“At the time I counted six dioceses around the world that had websites,” Cheney said. “That was it. So basically I started, you know, just playing with it.”

In 1997, Cheney created an experimental Paradox database consisting of three web pages: “Who’s New,” “Open Sees,” and “Age Limit” for current bishops of the United States. At the time, he maintained everything manually.

Things took off from there.

Cheney has a relative — a former abbess of a religious order, who lives in Guatemala — whom he visited. This fact led him to expand the website beyond the United States.

“So I went ahead and added Canada and Mexico and Central America,” he said.

The next addition, Cheney explained, came from Lima, Peru. Someone at ACI Prensa, CNA’s Spanish-language news partner founded in 1980, “was kind enough to give me basically an Excel spreadsheet that had all the current bishops of South America.”

At that point, “Why not go all the way?” he thought.

“It always left holes If I didn’t include everything so I just went ahead and expanded it to the world.”

Cheney said he reads the news bulletin from the Vatican every day to know what new bishops the pope has nominated, or to get information about bishop retirements or transfers.

He then inputs any new data into the website. Other information, such as bishops’ ages, updates automatically.

Besides the Vatican bulletin, Cheney has gotten a lot of historical information on bishops from his collection of the Annuario Pontificio, or pontifical directory. He has acquired copies from the years 1914 to 2022, though he is missing a handful, he said.

Historical researchers also share information with the webmaster. And he has shared his database with other researchers. Google Books has also been a useful resource, he said.

Cheney described how the website works, acknowledging that it uses an “extremely old and out of date” management system, Paradox.

“It’s what is called a truly relational database,” he said, “and basically what that means is there’s no need to duplicate information … between the tables. All you do is link them.”

The tables are like spreadsheets, he explained. “There’s one main bishop table, and basically there’s an entry for every person I’ve got on the site.”

There are also related tables for events, such as a bishop’s birth and death, when he was appointed a bishop, who consecrated him, and more.

“So those are all separate tables, and then using the database you can access all those at once, basically interrelate them,” Cheney said.

Through a minimal amount of advertising, the website generates a small revenue, which he said he uses to cover the hosting service, domain name, and other basic costs of the website. “The goal has never been to make money,” he said.

The web designer said he hopes to be able to retire from his day job, computer support for the IRS, in five to seven years. At that time, he will be able to give the website the overhaul it deserves.

“What the website really needs — and this is true of most software projects — you need to start over and start from scratch,” he said.

“I figured that’s probably going to be a yearlong project just by itself.”

When he started out back in 1997, Cheney said, he had no idea how complicated the hierarchy of the Catholic Church was.

“I was of course interested in the Church and, you know, had been involved in my local parishes and stuff, but I did not realize the complexity,” he said.

Now, 25 years later, he said it has been interesting to learn “just how interconnected the Church is” and to see the development of dioceses and Church territories over time.

The project has also given Cheney a global view of the structures of the Catholic Church.

“There are still areas where we’re very much a missionary presence,” he pointed out. 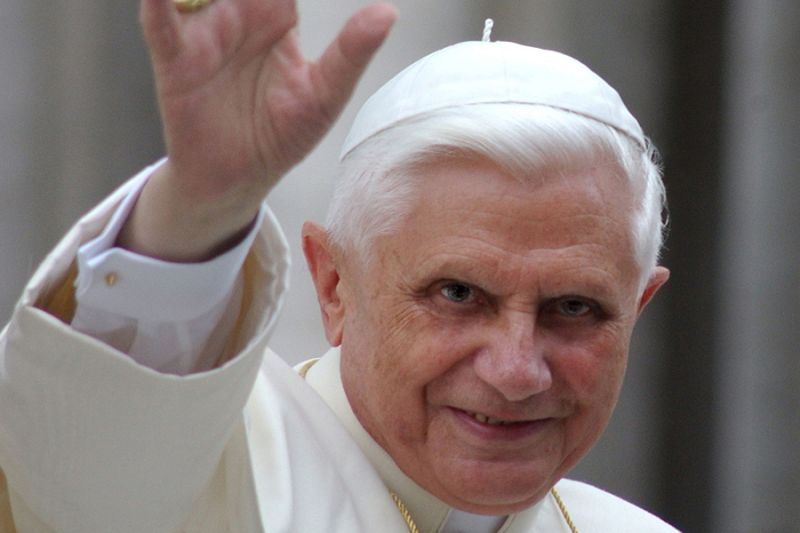