Robert McWilliams, a recently-laicized former priest, died Friday, Feb. 4 in his jail cell at the federal prison in Allenwood, Pennsylvania. He is believed to have died by suicide.

McWilliams, 41, was about three months into a life sentence for sex trafficking of youths under 18, child pornography, and sexual exploitation of children. He pled guilty to eight federal charges in July 2021, and was sentenced on Nov. 9.

He was discovered unconscious in his cell shortly after 1 a.m., and was declared dead at a nearby hospital at 2:18 a.m., authorities said. An autopsy was performed on Saturday, Feb. 5.

On Dec. 21, Pope Francis issued a decree removing McWilliams from the clerical state, as punishment for his crimes of the sexual abuse of a minor. McWilliams had previously said that he intended on resigning from the priesthood.

A priest of the Diocese of Cleveland, McWilliams was ordained a priest in May 2017. He served as parochial vicar at St. Joseph Catholic Church in Strongsville, Ohio, until his arrest in December 2019.

The Diocese of Cleveland told Ohio media that they first heard of his death on Friday afternoon, saying, “We place this and all difficult situations in the hands of God. We will continue to pray for those hurt by his actions. May God be the source of their healing.”

According to court documents, McWilliams had thousands of photos and videos of child pornography, which were located and seized from a search at McWilliams’ residence at St. Joseph Catholic Church in 2019.

Authorities also claimed that McWilliams forced teenage boys to provide him with sexually explicit images. McWilliams had become acquainted with some of his victims during his time in seminary while serving at a parish.

McWilliams also posed as a girl on social media websites, and contacted his victims under the guise of the identity of a teenage girl. He would then blackmail the teen boys in order to continue receiving explicit images.

A 26-page sentencing brief includes the experiences of at least five victims, all of whom were minors. The brief also states that McWilliams was using apps like TextMe and TextNow to hide his phone number when communicating with minors. Additionally, according to the brief, McWilliams used Craigslist and the mobile app Grindr to locate young males and arrange sexual encounters.

McWilliams reportedly used Dropbox to store more than 128,000 images of child pornography, and sexually explicit images he extorted from minors were found hidden on his computer in folders containing his homilies and Bible studies.

During sentencing, McWilliams read from a letter he said he wrote to a victim, saying that the actions were his fault, “not the church or the priesthood,” and that he prayed the victim’s “faith in God and in the church will be healed.” He also said he was “ashamed and sorrowful for my actions and my sins,” and offered his prayers to the victim.

Catholic family looks to honor late daughter with a dance 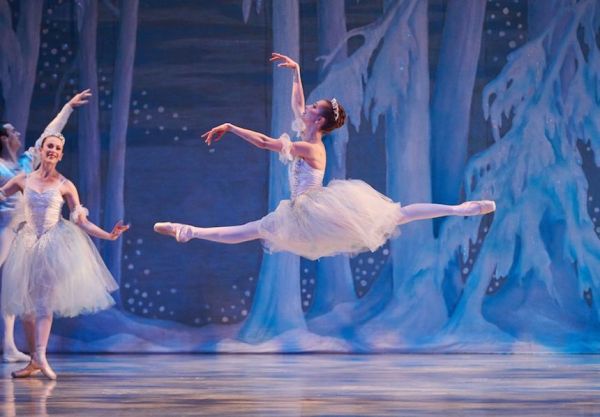 A devout Catholic and a talented professional ballerina, Raffaella felt she experienced the beatific vision when she was performing for others. She hoped her art could be transformative in their lives.

Authorities ruled that there seemed to have been neither foul play nor self-harm.

In order to honor and continue their daughter’s legacy, Duncan and his family have decided to create a traditional ballet in honor of Rafaella, loosely based on her life and incorporating the elements of beauty and art that their daughter loved about ballet.

“We were trying to figure out how to remember her and how to memorialize her,” Stroik told CNA. “And I’m an architect, so I think buildings, monuments, tombstones, all kinds of things. And my wife actually had a dream that we would remember her through dance.”

“The goal was to continue her work, which was as a ballerina, in a way that we could, which is to create a new ballet,” he said.

Creating a new ballet is no easy feat, particularly a traditional ballet, which includes more in the way of sets and costumes and artistry than the minimalistic style of most contemporary ballets.

For help, the family set up an online fundraiser in order to raise the necessary money to hire professionals who could write the music and the choreography and help design the sets and costumes of the ballet.

“There’s a lot of cooks in the kitchen,” Stroik said. “There’s a lot of artists that are part of this. And I’ve been calling myself the impresario, the producer in movie terms, who’s organizing all of it, but then trying to hire the best people that would share our vision for this ballet.”

Stroik said they went with a traditional ballet because that was Raffaella’s favorite style, and they believed it would be the best way to create a more timeless ballet that could endure through the ages. Raffaella was inspired by the romantic, fairy-tale style and themes of traditional ballets and believed it could do more to portray beauty than the style of contemporary ballet.

“Raffaella’s passion was to bring beauty to the world in many ways,” Stroik added. “Her prime strength was in dance and she really was trying in her own way to do things that were glorifying to God through traditional ballet and the beauty of the human body and what it can do.”

Stroik and his wife are writing the story of the ballet, which will loosely follow their daughter’s life – friends and family of Raffaella will be able to recognize the similarities, he said.

The story takes place in Italy, one of Raffaella’s favorite places to visit and the language that she studied. The story will take place in the 18th century so that it can incorporate some of the elements of traditional ballets – kings and queens, princes and princesses, peasants and village life.

The character of Rafaella will be a princess who grows up wanting to be an artist like her parents, meets interesting people in her life, and interacts with both a good prince and a deceptive prince who vie for her attention.

“(She’s) really searching for the true prince, and she sees him from time to time in her life. And then the other prince who comes along sweeps her off her feet and is very attractive, and she’s totally compelled by him but he turns out to be a deceptive prince,” Stroik said.

Stroik noted that the theme of superficial beauty and its deceptive power is a common one in other traditional ballets.

The ballet’s ending, of course, cannot be given away.

“My hope is it’s the kind of story with the kind of good and evil love, joy, hatred, fighting, peacemaking that will speak to people for generations. That’s my goal,” Stroik said.

The desire for a ballet that transcends generations is an idea that comes from his Catholic faith, Stroik added.

“We want to do something that’s timeless, that’s universal. And I think that relates to our Catholic faith. We’re not doing something just for today…but we also want it to – if it’s really good – hopefully, it will speak to future generations as well. So we’ll see, but that’s our goal,” he said.

Rafaella’s Catholic faith was always central to her life and her art, Stroik said, and he noticed it in how she interacted with others as well as in her passion for her art.

“It caused her to try to always put other people first, which we saw a lot in her life. It caused her to forgive…and she tried, as best she could, to live the Beatitudes,” he said.

“She told us that when she danced and danced really well, she felt like she was experiencing the beatific vision. She really felt that it was a very religious, spiritual experience, especially performing,” he said. “She was experiencing a taste of heaven.”

The Stroiks have raised $115,000 of their $250,000 goal, and Duncan said he has been surprised and touched by the way this project has touched the hearts of people who knew Raffaella and those who did not.

“One of the things that’s really surprised me in a good way is how many notes I’ve gotten from people – people that I know, but also people that I don’t know – telling me they love the idea. They said, ‘What a beautiful tribute to your daughter.’ And, again, people that I don’t even know will write me notes and say, ‘This is fantastic that you’re doing this.’”

Stroik said he hopes the ballet will be ready to premiere in spring or summer of 2022. He said they are still exploring options as to where it will debut, but they are hoping to recruit dancers from Rafaella’s life – from her time at the St. Louis ballet, her college ballet at Indiana University, and her high school ballet – who are professional dancers and friends of Rafaella to perform in it.

“I’m hoping that some of them will return to be part of this production,” he said.

Stroik added that he hopes people who come to see the “Raffaella” ballet will walk away with a new appreciation for the beauty of the art form and with a sense of hope.

“We want to do this ballet in order to bring a whole new audience to ballet, for a broader audience,” he said. “And because ballet can be very beautiful, very powerful, and it can speak to all the issues that concern our lives and give us…in this case, it’s a tragedy, but the way we’ve written the story is it’s also full of hope, because Raffaella was a girl with a lot of hope and a lot of faith.”

Vatican City, Apr 8, 2021 / 12:00 pm America/Denver (CNA). In a letter to a Spanish weekly, Pope Francis recalled “with emotion” his time spent in adoration at the Basilica of the Blessed Sacrament in […]