In his 2004 novel I Am Charlotte Simmons, the late “Gonzo journalist” Tom Wolfe chronicles the story of Charlotte Simmons, a naïve young girl from a small Southern town. The novel describes how she is schooled in the realpolitik of early twenty first century American college life during her first year at the fictional Dupont University (a school that very much resembles one of the major, elite Southern universities). 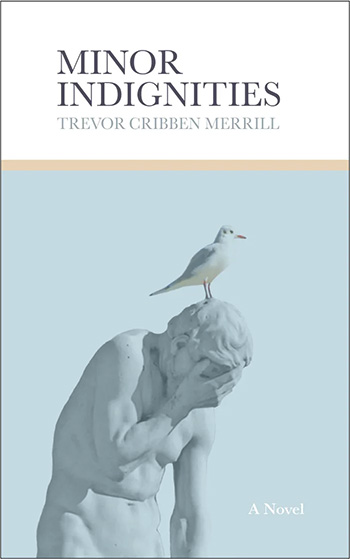 I Am Charlotte Simmons satirizes the unhappy excesses of college dating, as well as the hollowness and corruption that has become endemic in not only the American university system but much of American politics. While the novel effectively skewers the hypocrisy of a segment of the American elite (with too much impure detail, a fault in much of Wolfe’s writing), there is no map or key for readers to find their way out of the novel’s moral morass. In novels such as A Man in Full, a chronicle of the 1990s Atlanta real estate boom, Wolfe seems to point to a form of Stoicism (one of the most popular yet unacknowledged of American religions) as a way to structure one’s life during the chaos of postmodernity. However, despite the intellectual attractiveness of the teachings of Cicero, Marcus Aurelius and Epictetus, the Stoic way of life does not provide solace for the human desire for ritual and mystical experience.

In his recent work, Minor Dignities—published by Wiseblood Books, which, under the editorship of Joshua Hren, is becoming one of the most prominent publishers of Christian fiction—California writer Trevor Cribben Merrill presents a window into excess, corruption, and disappointment in an elite American university (very likely Yale). However, unlike Wolfe, and very much like twentieth-century Catholic writers Shusaku Endo, Flannery O’Connor, and Walker Percy, Merrill sprinkles shards of the hope of authentic love and redemption amidst the collapsing chaos of postmodernity.

Set at the nadir of the Clinton Era boom (#42 makes an appearance to give an elated and famous State of the Union address) as well as the beginning of the advent of the digital age (“key cards” are used to access campus buildings and email is the preferred form of communication), Minor Indignities tells the story of Colin Phelps’s freshman year at an Ivy League school.

Coming from a small New England town that, in the late twentieth century still retained a default conservative sense of propriety and order, Colin quickly is indoctrinated to the cynical and insecure life of an elite college: imbibing alcohol, engaging in sexual promiscuity, and learning the latest in post-ironic or post-postmodern French philosophy (which, in our current era, appears to have largely dissipated).

Shedding his hometown girlfriend, Colin pursues a cluster of girls who were intelligent and ambitious enough to make it to one of the world’s best universities but who, even before the current terror of Instagram Princesses, think of themselves as entitled to the suppliance of the world. Indeed, such arrogance is encouraged by the school’s administration and many of the faculty who either encourage or wink and nod at the immorality of the students and both mock and flatter their intellectual achievements.

In Minor Indignities, Merrill further takes aim at the (post?) BoBo or Bourgeois Bohemian culture of 1990s early millennials who use their parent’s money to purchase Brooks Brothers’s ties as well as hip and (post-) grungy apparel from thrift stores. Indeed, Merrill captures the tremendous hypocrisy of at least some of the ruling class, who protest the dubious investments of their college and go out of their way to purchase pricey “fair trade” products, only to completely ignore the American poor in their midst. Minor Indignities contains several passages in which the homeless as well as the workers at the school are ignored as odd curiosities or merely the functioning cogs in the creaking mass of university life.

The crew of young people of which Colin is a part frequently dine at exotic restaurants peddling Afghan and Egyptian fare on the outskirts of the university. This fashionable dining is a profound symbol of the commodification of world culture in which the students indulge while at the same time bewailing the commodification of culture in their (post-)Marxist philosophy and critical theory classes.

Over the course of the year, the drinking, promiscuity, and ultimate hollowness of their lives takes an emotional toll as relationships that mimic, but ultimately mock, marriage dissolve and Colin’s friends learn that the world is much less meritorious and much more nepotistic than they had realized.

However, there are two key scenes that provide respite for Colin amidst the twilight of the Clinton Nineties. At one point Colin attends Mass with Julia, a Catholic girl who eventually (and stereotypically) losses her faith during her freshman year. Nonetheless, the Mass, which is not a splendid Latinate affair, but is, on the surface, a very quotidian experience, enchants Colin, who is asked with Julia, to “bring up the gifts.” Something about the experience, which despite, its (very Walker Percy-esque) awkwardness impresses itself on Colin who eventually begins to attend Mass on his own.

The second key scene is Colin’s attempt to reconcile with Margot, a former girlfriend, who had distanced herself from him after he suggested that they form a monogamous relationship. Attempting to approach Margot on campus, Colin is pepper sprayed, humiliated, and then censored by the House Master. This low point strips away the last vestiges of Colin’s narcissistic pride, and he comes to realize how foolish much of his behavior was and how inauthentic his search for authenticity had been.

Although a novel firmly imprinted with wisps of Christian faith, some of the scenes in the novel may make some religious readers uneasy. Nonetheless, the work is a deeply apropos for our own time, in which the entire world is marked by darkness and confusion, and many are looking for a guiding light and signal pointing the way home.

About Jesse Russell 14 Articles
Jesse Russell is the author of a number of articles on twentieth-century Catholic political thought as well as works on the poetry of Edmund Spenser. He is assistant Professor of English at Georgia Southwestern State University.