In the column I wrote as we began Lent, I reflected on the somewhat scandalous tradition of Carnival as practiced in the traditional Catholic cultures of the Mediterranean. Northern Catholic cultures tended to delay their public reveries until warmer weather arrived in the late spring and summer. Traditions develop and change. The contingencies of Catholic life in the United States brought at least one dramatic interruption to the older cycle of feast and fast: St. Patrick’s Day, which invariably falls right smack dab in the middle of Lent. 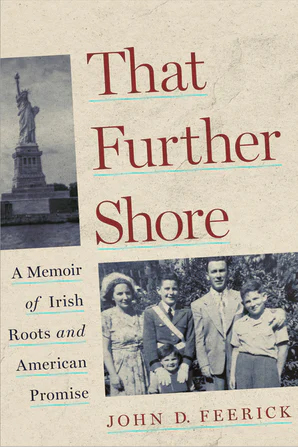 Among Irish Catholics in the United States, a holy day celebrating the patron saint of Ireland came to be a celebration of ethnic and religious identity in defiance of the nativist bigotry of Anglo-American Protestants—even if the raucousness with which Irish American Catholics often celebrated this holy day only served to confirm the negative stereotypes of Irish Catholics as drunken brawlers. In our Covid times, this year’s St. Patrick’s Day was certainly more subdued than most. As we say farewell to Lent and consider the transforming power of the Resurrection, it is perhaps an appropriate time to acknowledge the other side of the modern Irish Catholic tradition, what one might call an ethos of anti-Carnival.

In the English-speaking world, the Irish took the lead in the Church’s ongoing effort to tame the excesses of sometimes too earthy folk Catholic traditions reflected in the practices of Carnival. Irish and Irish-American clergy dominated the leadership of the Church in America in the golden age of the Immigrant Church (1830-1930) and beyond. Following the lead of the Popes of that era, Irish clerics used this authority to promote a “modern” vision of the Church that demanded of the laity a degree of moral discipline and understanding of Church teaching far beyond that found in the “traditional” Catholic cultures of the pre-modern world.

Given the broader Victorian culture within which this catechetical project flourished, Irish Catholic discipline often seemed indistinguishable from Victorian repression. For as many as today look back fondly on this moral ethos, many more have taken this discipline, particularly its tendency to reduce moral virtue to sexual restraint, as an occasion for revolt. Too often, these extremes appear as the only alternatives.

I want to reflect here on another alternative, one not located in the misty past but one lived into our own time. John D. Feerick’s memoir, That Further Shore: A Memoir of Irish Roots and American Promise (Fordham University Press, 2020), tells an immigrant success story rooted in the new, disciplined Catholicism of the Immigrant Church era. Feerick was born in the Bronx on July 12, 1936, the son of John and Mary Jane (née Boyle) Feerick, Irish immigrants from the County Mayo. The eldest of five children, John D. Feerick grew up in the institutional subculture of the Irish Bronx at a time when that world was opening itself up to the broader opportunities of a mid-century America.

John’s father worked hard in a variety of manual labor occupations and dreamed of a better life for his son. John realized his father’s dream through education, attending New York’s Jesuit Fordham College, then Fordham Law School, eventually returning to serve as Dean of the Law School after a successful career in private practice. He made a lasting mark on the legal world through his involvement of the drafting of the Twenty-Fifth Amendment, which clarified the process of presidential succession. Some of Feerick’s decisions as Dean of Fordham Law School reflect the compromises all-too-common among Catholic institutions in the late-twentieth century, yet his private life suggests the possibility that one might gain the world without losing one’s soul.

Feerick recounts his upbringing in the tight-knit Irish Catholic community of the Bronx. It was warm and loving in its own way, but one quite distinct from today’s sentimental notions of “family values.” The hard-working father who wanted a better life for his son worked so hard that he simply “was not around a lot”. His mother worked many jobs before she married, worked much less outside the home once she began to have children, but as the children grew older and better able to fend for themselves, she returned to work to supplement the income of her husband.

Through these early years, the family found support from the wider community of neighbors and most especially from the Church, in particular the priests and nuns of St. Angela Merici Church and School. After Feerick graduated from his parish school, he attended Bishop Dubois High School in Harlem (1950-1954). This venture out of the Bronx into Manhattan proved short-lived: his decision to go on to college brought him back to the Bronx, where he attended Fordham from 1954-1958.

Feerick’s account of his Fordham years offers a fascinating window into American Catholic higher education before the Second Vatican Council and the infamous 1967 Land O’Lakes meeting which turned Catholic colleges and universities in a decidedly secular direction. Fordham in the 1950s seemed like an extension of the neighborhood parish: “My classmates at Fordham College . . . were . . . like me, sons of immigrants and the first in their families to go to college. The vast majority of them were graduates of Catholic high schools”. John made his family proud, making the Dean’s list each of his four years.

His decision to become a lawyer would, however, run into a roadblock in the increasing standardization of admission procedures in American law schools. A solid student at Fordham, Feerick fell far short of excellence by the standards of the academic world outside the Catholic subculture, earning a low score on the LSAT, which by that time was generally recognized as an accurate, objective gauge of one’s potential to succeed in law school. Fordham itself had recently adopted the LSAT as a requirement for admission into its law school but the personal connections Feerick had developed as an undergraduate served him well. In light of our own time’s continued battles over affirmative action, it is revealing to read of how William Hughes Mulligan, the Dean of Fordham Law, judged Feerick’s “qualities of heart and mind” as qualifications that compensated for a less than stellar LSAT score: character and work ethic (and one must add, a Fordham College degree) rather than pure intellectual abilities earned Feerick admission to law school.

In the eyes of more prestigious, mainstream law schools, this type of admissions decision marked Fordham as provincial and parochial. Feerick notes that when he graduated from law school in 1961, “the large Wall Street law firms had not yet swung their doors fully open to Fordham’s graduates. As he neared completion of his law degree and sought a federal clerkship, he gained a greater realization for just how out of the loop Fordham remained: the rejection letters he received invariably indicated that a particular judge only hired clerks from Harvard Law School, or Yale or Columbia . . . Fordham, like many other Catholic institutions of the time, strove to remove the stigma that kept their graduates from top positions in various professional fields. The same Dean Mulligan who admitted Feerick to Fordham Law on the basis of his character also wanted Fordham grads to break through the barriers at Wall Street firms; he seemed disappointed when Feerick turned down offers from fairly prestigious firms to sign on with the small, and very much inside-the-Catholic-world, firm of Skadden, Arps, Slate, Meagher & Flom.

Feerick admits he made the safe choice by going small, but nothing in New York City remained small for long in the boomtown years of the 1960s. Skadden employed twelve lawyers when Feerick joined in 1961; it would employ three hundred when he left in 1982 and grow to over two thousand by the writing of his book. Catholic firms grew along with the rest of the field of law. Even without storming the citadels of the old WASP elite institutions, Catholics prospered simply by virtue of their location in the cities that were the centers of the postwar economic boom.

When he left Skadden in 1981 to become Dean of Fordham Law School, he took a pay cut: from an annual salary of roughly $1,000,000 to one of $62,000. His immigrant father was dumbfounded. The man who had sacrificed so much of his time with his children to earn the money to give them a better life had difficulty understanding why his son would walk away from the comparative success of a private law practice to become an educator. The reason? Family. John inherited his immigrant father’s striving and realized that it had the same consequence of preventing him from actually spending time with the family he so loved. He had six children—an unusually large family for someone who married at the end of the Baby Boom (1962). At the age of 44, his four daughters were well into their teens and he feared he would miss the childhood of his sons, then aged 8 and 5. Dean of a law school is hardly a 9 to 5 job, but it would still allow for more family time than working for New York law firm.

Feerick’s commitment to his family and his Catholic faith shines through many of the pages of the book, even as many other pages catalog community, public service and professional commitments that make the reader wonder how he had any time with his family despite the downshifting in his career. The most moving passages are those that describe his relationship with his wife, Emalie. Feerick met her in 1960 when she was a senior at Manhattanville College, yet another fortress in the still strong institutional world of the postwar Catholic subculture. She was from Southampton, Long Island and definitely of a higher social class than John. At the wedding reception, Emalie’s mother was very concerned about the wild Irish from the Bronx: “A single bar in the corner of the reception hall at the Perkins Hotel in Riverhead tempered the drinking that might have occurred, as Emalie’s mother wanted no wine or beer bottles on the table and no heavy drinking of any kind”.

The couple danced to Irving Berlin’s “Always” and on their honeymoon visited the Trapp Family Lodge in Stowe, Vermont, just a few years before the film version of The Sound of Music would establish itself as a cornerstone of middle-class, respectable American Catholicism. His extended family continues to hold annual reunions at the Trapp Lodge. A far cry from row and ruction of a St. Patrick’s Day Parade in New York, the presence of such hallmarks of mid-twentieth, middlebrow culture could well be taken as a symptom of what Fr. Andrew Greeley once called “The Taming of the American Irish.”

In Feerick’s account, that taming doesn’t seem so bad.

About Dr. Christopher Shannon 9 Articles
Dr. Christopher Shannon is a member of the History Department at Christendom College, where he interprets the narrative of Christian history from its foundations in the Old Testament and its heroic beginnings in the Church of the Martyrs, down through the ages to the challenges of the post-modern world. His books include Conspicuous Criticism: Tradition, the Individual, and Culture in Modern American Social Thought (Johns Hopkins, 1996), Bowery to Broadway: The American Irish in Classic Hollywood Cinema (University of Scranton Press, 2010), and with Christopher O. Blum, The Past as Pilgrimage: Narrative, Tradition and the Renewal of Catholic History (Christendom Press, 2014).

While some bishops talk a lot about their concern for our Hispanic brothers and sisters, that talk tends to ring hollow because it is not […]