Vatican City, Oct 27, 2020 / 01:00 pm (CNA).- At a hearing Tuesday of an ongoing abuse and cover-up trial against two Italian priests, the Vatican court accepted a request from the victim’s lawyer to sue the institution where the alleged abuse took place, as well as the group which oversees it.

The Oct. 27 hearing was the second in the trial against defendants Fr. Gabriele Martinelli, 28, and Fr. Enrico Radice, 72. Martinelli was charged earlier this month with using violence and his authority to commit sexual abuse over a number of years, and Radice was charged with impeding investigations into the abuse.

The defendants, who have not publicly addressed the accusations against them, were present, together with their lawyers, at the hearing, which lasted three-quarters of an hour.

L.G., the alleged victim, was also present in the Vatican courtroom for the first time. Under Vatican criminal law, he was present as a civil party.

Dario Imparato, L.G.’s lawyer, asked for access to court documents, saying that he had “nothing from this trial, only the request for indictment.”

Imparato then presented a petition to sue the institution which oversees the youth seminary where the alleged crimes took place.

The St. Pius X pre-seminary, which is located on Vatican City territory, is run by a Como-based religious group, the Opera Don Folci.

The lawyer said that he made the request to sue Opera Don Folci because “we believe that there are objective responsibilities in the institution that oversees the pre-seminary.” He also cited a “lack of vigilance” and “great negligence” on the group’s part.

Vatican prosecutor Roberto Zannotti said it was “not the prerogative” of the civil party to present such a request, and the defendants’ lawyers presented objections.

In response to a question from court president Giuseppe Pignatone, L.G.’s lawyer indicated that the “legal person” being sued was the youth seminary “as an institution.” The lawyer noted that otherwise they would sue the Diocese of Como instead.

After a deliberation of nearly 40 minutes, the court accepted and authorized the petition to sue the youth seminary and the Opera Don Folci. It also accepted the defense request of the alleged victim, and set the next hearing for Nov. 19.

The defendants were not questioned in the course of the Oct. 27 hearing.

The alleged abuse is said to have taken place from 2007 to 2012 at different times and places in Vatican City State. At the time, Martinelli was an alumnus of the St. Pius X pre-seminary, a residence for about a dozen boys aged 12 to 18, who serve at papal Masses and other liturgies in St. Peter’s Basilica and are thinking about the priesthood.

L.G. was born in 1993 and was 13 at the time the alleged abuse began, turning 18 about a year before the abuse ended.

Martinelli, who is a year older than L.G., was ordained a priest for the Diocese of Como in 2017.

Radice was the youth seminary’s rector for 12 years. He is accused, as rector, of having helped Martinelli “evade investigations, after crimes of sexual assault and lechery.”

Radice is accused of sending a letter on Oct. 3, 2013, to the bishop of Como, Diego Attilio Coletti, contradicting a complaint by the alleged victim against Martinelli, and speaking of a “fumus persecutionis,” a Latin expression meaning a “suspicion of persecution.”

He is also accused of later impersonating the bishop in a letter using the diocesan letterhead to announce the “imminent” priestly ordination of Martinelli. 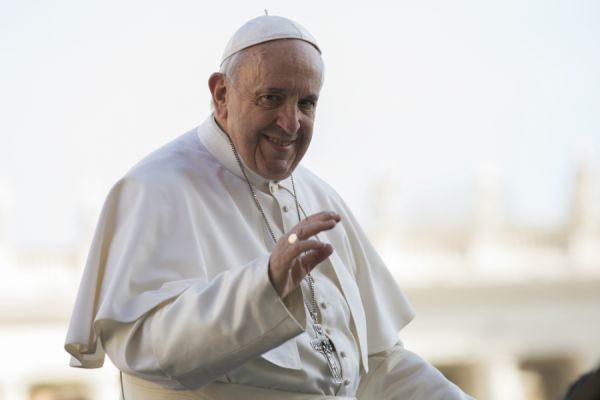 “God’s holiness is an expanding force, and we beg that it quickly shatters barriers of our world,” he said, adding that this holiness “spreads in concentric circles, like when throwing a stone into a pond.”

A new birth control commission? Here’s hoping the reports out of Rome are only speculation, possibly generated by the fact that the 50th anniversary of Humanae Vitae, Pope Paul VI’s encyclical condemning artificial contraception, is […]