The bishop blessed St. Joseph College Seminary in Mount Holly with holy water on Sept. 16, officially completing the first phase of the building project, which broke ground in 2018.

“This is an enduring structure that is both traditional and modern, with beauty and function, that we hope will inspire future generations of Catholics in Western North Carolina to continue our mission to share the Gospel,” said Father Matthew Kauth, St. Joseph’s rector, according to the Gaston Gazette.

The $20 million project, built in the Gothic architectural style, includes 40 seminarian rooms, a conference room, a refectory and kitchen, classrooms, administrative offices, guest rooms, a temporary chapel, and a meditative cloister walk. Donors have so far contributed $15.5 million to the seminary.

The 27 seminarians at St. Joseph Seminary will also attend classes at nearby Belmont Abbey College.

“St. Joseph is an extraordinary milestone for our diocese and for the Charlotte region,” Jugis said,” according to the Charlotte Observer.

“It’s a sacred place where those who feel called to serve God can be nurtured and grounded in faith that will carry throughout their lives.”

The new seminary is a response to rapid growth of the Church in Charlotte. There are an estimated 400,000 Catholics in the diocese, more than 10 times the number present when the diocese was established in 1972.

When the diocese’s seminary program first opened four years ago at St. Ann Catholic Church, seminarians lived at a former covenant and other housing nearby. Since 2016, enrollment has tripled, the Charlotte Observer reported.

“Though we’ve been blessed with many good and holy priests, we need more to meet the needs of our rapidly growing flock,” Jugis said in a statement. “So it is essential that we make every effort to help form young men to be ready to serve in our parishes when the time comes.” 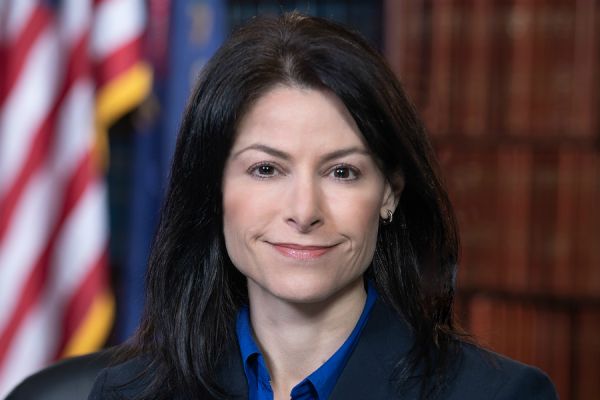 Lansing, Mich., Mar 25, 2019 / 03:01 pm (CNA).- Michigan Attorney General Dana Nessel has barred state funds from adoption agencies that won’t place children with same-sex couples, after reaching a settlement with the ACLU and same-sex couples who approached a Catholic agency and another Christian agency.

The settlement is despite a state law protecting the religious freedom and funding of adoption agencies.

“This settlement does nothing to protect the thousands of children in foster care looking for loving homes,” the Michigan Catholic Conference objected in a March 22 Facebook post. These children are “the very people our state is charged with protecting.”

It is “highly unlikely” the settlement is “the last chapter of the story,” the conference added in a March 22 Twitter post.

The settlement means the state must enforce non-discrimination provisions in contracts. Agencies may not turn away otherwise qualified LGBT individuals and must provide orientation or training, process applications, and perform a home study, the Associated Press said.

The State of Michigan contracts with 59 private adoption and foster care agencies. Twenty are affiliated with religious organizations, though state officials were not able to say how many follow similar policies, the Detroit Free Press reports.

Lori Windham, senior counsel at the religious freedom legal group Becket, said the attorney general and the ACLU are “trying to stop the state from working with faith-based adoption agencies.”

“The result of that will be tragic. Thousands of children will be kept from finding the loving homes they deserve,” Windham said March 22. “This settlement violates the state law protecting religious adoption agencies. This harms children and families waiting for forever homes and limits access for couples who chose to partner with those agencies.”

Becket is representing the Catholic adoption agency affected by the case.

The ACLU filed the lawsuit in 2017 on behalf of two same-sex couples and a woman who was in foster care in her teens after the previous attorney general, Bill Schuette, declined to speak to the legal group.
The couples had approached St. Vincent Catholic Charities and Bethany Christian Services to adopt children referred to the agencies through the Michigan Department of Health and Human Services.

Nessel justified the settlement on Friday.

“Discrimination in the provision of foster care case management and adoption services is illegal, no matter the rationale,” said Nessel. “Limiting the opportunity for a child to be adopted or fostered by a loving home not only goes against the state’s goal of finding a home for every child, it is a direct violation of the contract every child-placing agency enters into with the state.”

Nessel is the first self-identified lesbian elected to statewide office in Michigan and made LGBT advocacy a major part of her campaign, the Detroit Free Press said. She represented a same-sex couple in a case that led to the 2015 U.S. Supreme Court decision mandating legal recognition of same-sex unions as civil marriages.

The ACLU characterized the settlement as a victory for the 12,000 children in Michigan foster care.

“Our children need every family that is willing and able to provide them with a loving home,” said Leslie Cooper, deputy director of the ACLU LGBT & HIV Project. She said agencies that choose to accept taxpayer dollars “must put the needs of the children first.”

A 2015 law, passed with the backing of the Michigan Catholic Conference, prevents state-funded adoption and foster agencies from being forced to place children in violation of their beliefs. The law protects them from civil action and from threats to their public funding, while requiring agencies that decline to place children with same-sex couples to refer the couples to other providers.

When the law was passed, about 25 percent of Michigan’s adoption and foster agencies were faith-based.

Senate Majority Leader Mike Shirkey, a Republican, criticized the settlement and said faith-based adoption agencies will have to close because of a lack of taxpayer-funded support.

“Dana Nessel has shown us that she cares little for the Constitution and even less for the vulnerable population of children in need of forever homes,” Shirkey charged. “Nessel’s actions make it clear that she sought the office of attorney general to further her own personal political agenda.”

State Rep. James Lower, R-Cedar Lake, wasn’t in the legislature when its 2015 bill passed but said he would have backed it, the Detroit Free Press said.

For Lower, the law made sense because “the situation puts these agencies in a tough situation because they have been able to refer couples to another agency that is willing to work with same-sex couples.”

“But now, they’ll have to choose to either not to help the kids or violate their religious beliefs,” he added.

In 2017, the Michigan Catholic Conference described the lawsuit as “mean-spirited, divisive and intolerant,” and “yet another egregious attack on religious faith in public life.” The 2015 law was needed to “promote diversity in child placement” and to maintain a public-private partnership to stabilize adoption and foster care, the conference said.

A 2017 court filing from St. Vincent Catholic Charities said it recruited more new families than seven of eight adoption agencies in the capital region. It would be unable to continue its programs without the contract.

In 2018 Becket said St. Vincent Catholic Charities found more new foster families than almost 90 percent of other agencies within its service district, with particular success in finding homes for hard-to-place children such as those with special needs, larger sibling groups, or older children.

A 2003 document from the Congregation for the Doctrine of the Faith considered the proposed legal recognition of same-sex unions rejected the placement of children with same-sex couples. That document cited the need for a child to grow up with both a mother and a father and said placing a child with a same-sex couple would “place them in an environment that is not conducive to their full human development,” something that is “gravely immoral” and in violation of the child’s best interest.

While religious freedom was long an assumption of American political and legal life, recent decades have produced an increased push against religious freedom protections. The proposed federal Equality Act explicitly bars appeals to the Religious Freedom Restoration Act as a defense in cases of alleged discrimination.

CNA investigations have found close to $10 million in grants earmarked to restricting religious freedom in cases impacting LGBT causes and “reproductive rights.” The New York-based Arcus Foundation and the Massachusetts-based Proteus Fund’s Rights, Faith & Democracy Collaborative play leading roles, and both were leaders in pushing for the legal recognition of same-sex marriage.

The national ACLU and some state affiliates are among this funding network’s grantees.

While Christian teaching has rejected same-sex sexual behavior as sinful since the origins of Christianity, in recent decades some American Christian denominations and American jurisprudence as a whole have come to categorize such views as erroneous, discriminatory, and opposed to equality. Sometimes these changes followed significant organizing and lobbying by LGBT advocates.

CNA Staff, Dec 16, 2020 / 12:30 pm (CNA).- Bishop Daniel Flores has released a pastoral letter reaffirming the morality of Catholics receiving the coronavirus vaccines. Flores, the Bishop of Brownsville, Texas, was elected by the other American bishops… […]