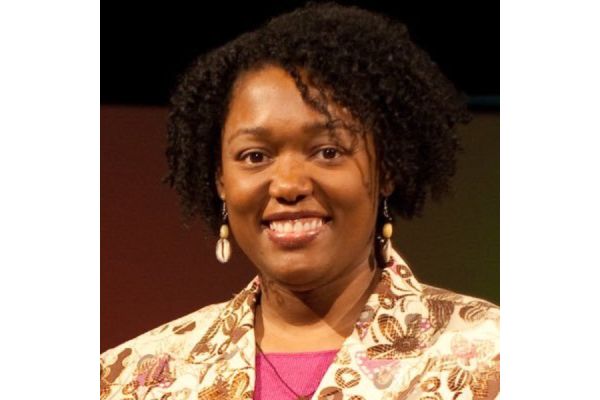 Gloria Purvis, host of a Catholic morning radio show produced by EWTN, said she will keep speaking out for racial justice, amid news that her show will not be broadcast by a large radio network which carries EWTN’s syndicated radio content.

The EWTN radio network will continue to produce and broadcast “Morning Glory” , which is available on terrestrial and satellite radio, as well as online.

“EWTN is still carrying the show,” Purvis said, adding that EWTN executives told her “that nothing has changed, that they are going to continue to broadcast Morning Glory, and they have no plans to change the show.”

Michael Warsaw, EWTN’s CEO and board chairman, told CNA that “EWTN is the producer and distributor of the ‘Morning Glory’ radio program. There have been no changes to the show and none are planned. EWTN does not speak for its local radio affiliates, who make their own programming decisions and have the right to carry or not carry specific EWTN radio shows. ‘Morning Glory’ remains part of the EWTN lineup and is still going strong!”

Purvis, who is black, has in recent weeks been a frequent speaker in Catholic media on topics related to racial justice and police brutality. She told CNA she has faced considerable backlash from listeners and readers for expressing her views on the subject, even though, she says, her views do not conflict with Catholic teaching.

“If you look at what the Holy Fathers have talked about in terms of use of force, they’re saying that we need to approach each person as made in the image and likeness of God. And who are we as Catholics not to have a position on police brutality, in light of that teaching?” Purvis asked.

“This is a huge moment in our country, where now we have people’s attention, and shame on us if we as Catholics shy away from preaching the Gospel, shy away from those difficult discussions. No one should expect to encounter the Gospel and remain unchanged.”

Purvis said her show might be misunderstood, because she aims to emphasize an approach that tries to give a fair hearing to all voices on the issues, and “then talk from there about what the faith says, or how the faith impacts the topic. Sometimes people miss that because their focus is on how to ‘win’ and not about how we have to serve.”

Despite backlash, she said, she is not going to think twice about offering her views on racial justice. “All of this has not made me second guess. I am going to persevere.”

Adding that she has an opinion “informed by Church teaching,” Purvis told CNA that “anytime there could be an injustice against someone else— whether it’s in the womb or in the street — we have to speak out, to help try to build a culture of life.”

In a statement released June 26, Purvis said that she “will continue to speak the truth about the human person and that includes discussing racism and other evils.”

“I do not fear the hard work of bringing the light of the Gospel to bear on these issues. Not everyone will receive the message joyfully and there will be opposition but because I love Jesus and believe in the beauty and truth of His message, I will persevere.”

“I will use whatever means the Lord gives me to spread His truth about the dignity of the human person from the womb to the tomb, from the immigrant to the citizen, from the powerful to the vulnerable. There are no throw-away people.”

Purvis has said that she feels it is her Christian obligation to speak out against racism and injustice- on “Morning Glory,” and to other media and in other platforms.

Earlier this month, she told a panel at Georgetown University that she watched the video of George Floyd’s arrest and death in horror, wanting to yell at the police officer kneeling on his neck, “Stop in the name of God! Stop!”

“I just thought the image of God is being abused right here in front of me,” she said.

“For me, as a Catholic, a devout Catholic, as a loyal daughter of the Church, I have no problem saying ‘Black Lives Matter,’” she said.

“I know it doesn’t make me a member of the organization.”

Some Catholics hesitate to attend protests or other events because they say that not only “black lives matter,” but that “all lives matter,” she noted.

Purvis explained that the phrase “Black Lives Matter” is not meant to devalue the lives of others, and while all lives do matter, she has observed that “in practice” in the U.S., “what we’ve seen is that black lives don’t.”

As a pro-life Catholic, Purvis said she recognizes the eugenist roots of abortion, but said fighting racism in America shouldn’t be limited to opposing abortion. She said racism is manifested through police misconduct, housing policies, and other aspects of American public life.

Purvis converted to Catholicism when she was 12 years old, after an experience at Eucharistic adoration in her Catholic school. She later called it a “mystical experience with the Eucharist…just coming to know it was real, that it was alive, and feeling like I was consumed with a fire all over my body, but it didn’t burn.”

The host is a frequent speaker on pro-life and catechetical issues; she and her husband have been active in pro-life ministry and other parish ministry in the Archdiocese of Washington.

Purvis has served on the archdiocesan pastoral council in the Archdiocese of Washington, is a board member for the Northwest Pregnancy Center and Maternity Home in Washington, D.C. and an advisory board member on the Maryland Catholic Conference’s Respect for Life Office. She is a member of the National Black Catholic Congress’ Leadership Commission on Social Justice, and is the chairperson for Black Catholics United for Life, which seeks to increase the size and strength of active Black Catholics participating in the pro-life movement.

Catholic News Agency is a service of EWTN News.

The Guadalupe Radio Network could not be reached for comment, despite numerous telephone calls from CNA.

On Friday afternoon, the radio network released a statement online, saying it had “temporarily suspended airing the show on the GRN.” (Ed. note: emphasis original.)

“We are not bothered in the least that ‘Morning Glory’ took on the difficult, but needed, topic of the evil of racism. In fact, we feel our audience is looking for a clear Catholic response to all they are seeing in our society right now. It is our hope and prayer that the issues we have raised with EWTN, in regards to “Morning Glory” will be addressed properly so that we can once again proudly air this program across the GRN.”

“During these last couple of weeks we have heard a ‘spirit of contention’ growing among the Hosts live on-air,” the statement continued. “We feel it is clear that there is a real disconnect among the team, becoming more and more obvious, and we feel that should be addressed. We do not feel that this type of exchange is edifying, nor is it clarifying for anyone, especially a Catholic radio listener who wants clarity.”

“Never before have we received as many complaints about any EWTN show as we have about Morning Glory as of late. Our efforts to try and correct the situation before were not successful. So, we felt we had no other option other than to temporarily suspend airing this program.”

“The unfounded and uncharitable accusations hurled at GRN, without the facts, have been terrible. As you well know, Satan is the father of lies. Unfortunately, that is what is happening here in this situation – lies are being told, and spread around, on the internet about us. We hope you will help in sharing the true story!” the statement said.

The Guadalupe network, which both distributes content syndicated by EWTN and other Catholic media apostolates and produces its own content, is based in Midland, Texas, but operates more than 30 radio stations in Texas, Florida, Alabama, New Mexico, and Washington, D.C.

Purvis told CNA that she is grateful for the support she has received from listeners, but admitted that her work can be draining.

“I am tired, because, honestly, this is a lot of spiritual battle. But I am still very determined— I can’t stop bringing the light of the Gospel to today’s most pressing issues.”

“I hope you all will join me in making our culture one that is truly a culture of life. We have much work to do — together. Thank you for your ongoing support and prayers and be assured of my prayers for our human family,” Purvis said in her June 26 statement.

“Our Lady of Prompt Succor, pray for us.”

El Paso, Texas, Aug 13, 2021 / 15:01 pm (CNA).
Citing the need for the Catholic Church to “lead by example” and to act responsibly to protect others during the coronavirus pandemic, Bishop Mark Seitz of El Paso has… […]

Cardinal Burke: We face a grave crisis, touching the heart of the Church

Washington D.C., Aug 16, 2018 / 06:31 pm (CNA/EWTN News).- Cardinal Raymond Burke said Thursday that the Catholic Church is facing “a very grave crisis” due to the “grievous failure” on the part of certain bishops and that &ldqu… […]