I have been wondering for some time about how Christian teaching on matters sexual can be presented in more theologically substantial ways than “thou shalt not masturbate/fornicate/sodomize, etc.” Such an approach, however necessary as a moral baseline, cuts little ice with most people (Christian or otherwise) and invariably invites immediate rejoinders about hierarchical hypocrisy. Such an approach also risks being intellectually stunted, especially if it is deemed sufficient. The undergraduates in my classes who have just emerged from Catholic schools all know what the commandments and catechism forbid, but they have no clue how any of this is connected to God or why any of it matters. 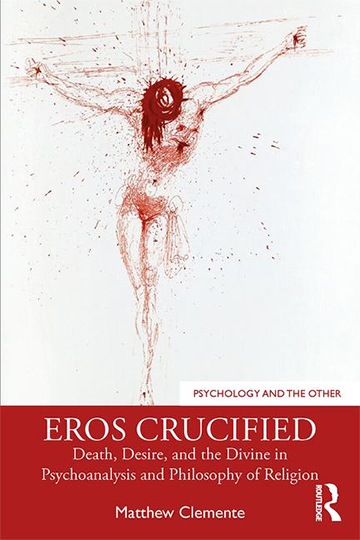 One possible way forward is through a renewed awareness of the pervasive, distortive power of idolatry, which is a very regular theme of the writing and preaching of the current pope, and has also been given compelling expression by CWR’s editor. I have been thinking for some time now of how self-protectively constricted our vision of idolatry is, and how many of us likely assume that whereas we’re not constructing cows out of gold, we must be good, right?

But as I argued in my book Everything Hidden Shall Be Revealed: Ridding the Church of Abuses of Sex and Power, our propensity for idolatry is so sly and pervasive that we even make idols out of popes and priests. Recognizing the pervasiveness of idolatry may offer us a way of renewing Catholic moral teaching, assisting people to see that sexual sin, to use one significant example, is less an offense against some spiritualized and semi-gnostic notion of “purity” and more an offense of idolatry understood concretely as the substitution of, or attachment to, some lesser desire in such a way as to displace God (and frequently other human beings, too, if one thinks of pornography usage displacing marital relations).

Along comes a new and exhilarating book that takes up these issues—and many others—in rich, diverse, and compelling ways. That book is Matthew Clemente’s Eros Crucified: Death, Desire, and the Divine in Psychoanalysis and Philosophy of Religion, just published by Routledge.

One popular, and often dreaded, buzzword in the academy today is “intersectionality,” which is just a newer version of the idea Newman first demonstrated so winsomely: “all knowledge forms one whole.” Clemente, a young Catholic philosopher of religion at Boston College, lives Newman’s method in this book (without mentioning him). Clemente ranges freely across theology and philosophy, refusing to allow them to be forcibly separated via an act of what Paul Ricoeur famously called “controlled schizophrenia.” But Clemente’s point, and method, is not merely reflective of current academic preoccupations to bring things together. It is, in fact, the only method on offer to human thinkers, who cannot (and must not) be bamboozled into seeing the world as divisible, the end result of which is the creation of some “private” sphere labelled the “secular” from which God has been exiled into some other sealed sphere called “religion.” In philosophizing in this way, Clemente is reflecting some of the best insights of recent philosophers including Charles Taylor and one of Clemente’s mentors, the philosopher (and Greek Orthodox priest) John Panteleimon Manoussakis.

It is, it seems to me, the mark of an especially good scholar that he or she can cover endlessly and almost tediously tilled ground and still be able to raise up age-old questions in a vibrant and compelling way. Clemente does this when he raises a question we gloss over even during Lent when contemplating and venerating the tortured and traumatized body of Christ on the Cross: “do we understand, do we value the corporeality that God has made his own?” In other words, we may all rattle off from memory the Johannine prologue (“the word became flesh”), and for thirty years now Catholics have heard a great deal about a “theology of the body,” but have we ever stopped to contemplate the staggering implications of God assuming a body—the scandal of the incarnation, and all this means for every aspect of our human life?

Clemente wants us to think about the corporeality of God and its nakedly erotic self-giving in the Eucharist (“this is my body”) as well as its implications for us as human beings in our quotidian living, desiring, and dying, our lovemaking and birth-giving. (Clemente’s one-and-a-half-page conclusion, a meditation on watching and waiting with his wife give birth to their first son, packs in more biblical theology than a year’s worth of homilies from your average preacher.) Clemente writes with verve and a wide sweep of philosophy and theology, ancient and modern. All this learning, including considerable insights from psychoanalytic thought, is rendered in a way that is at once lively and serious.

In addition to cogent writing, there is also the author’s quietly confident engagement of many thinkers whom too many Christians have so often loathed and avoided, chiefly Nietzsche and Freud. This semester I have been trying to teach my students to think like the Church, unafraid to discover the truth wherever it may be, including in such people as Freud, whose Future of an Illusion we read. I have sought to inculcate in them the method of “despoiling the Egyptians” (as the Fathers called it, and did), finding what Justin Martyr called the spermatikos logos or seeds of the Word wherever they are. Clemente’s book is an outstanding model of this, serenely stating where Nietzsche, Freud, and others have valid points that we need to learn, and with equal serenity and without a shred of disdain disagreeing with both men where they may be wrong. Better still, Clemente has a knack for showing where such men are not nearly so radical as they have been made out to be, and where the gospel is more radical still than either of them.

Clemente goes right to some of the most controversial writings, beginning with Freud’s Beyond the Pleasure Principle. That book, whose centenary of publication is this year, was so strange even to other psychoanalysts that they politely ignored it. Freud’s first and most sycophantic biographer, Ernest Jones, passed over it in about two schizoid sentences in his three-volume biography of Freud. (Freud can scarcely sneeze without Jones normally spending half a chapter discussing its meaning.) Clemente uses Beyond the Pleasure Principle extensively in his first chapter to set up the discussion about our repetition compulsions and our death-dealing ways.

These insights were not original to Freud. As I recently argued elsewhere, Evagrius of Pontus was psychoanalytic avant la lettre. For Clemente, it is Augustine of Hippo (ch.2) who likewise had crucial insights that Freud would later recapitulate, the connection between the two being discerned by the farouche French psychoanalyst (and erstwhile Catholic) Jacques Lacan, who once said that “St. Augustine…foreshadowed psychoanalysis.” Manoussakis has also noted that Beyond the Pleasure Principle bears “a close resemblance to the Confessions.”

Freud returns in Clemente’s fourth chapter, where Clemente treats more explicitly one of the questions he outlined in his preface: how has “eros has become for us an idol”? The relationship between eros and Thanatos occupies this chapter and the rest of the book, which concludes, fittingly, with a discussion of the resurrection.

I will not tell you how Clemente answers these questions but only encourage you to read the book and enjoy the ride through the works of ancient and medieval philosophers and theologians as well as such leading lights of the contemporary academy as Jean-Luc Marion, Julia Kristeva, Emmanuel Falque, Slavoj Žižek, and Richard Kearney, inter alia. These, in turn, are joined by novelists and poets (Chesterton, Dostoevsky, C.S. Lewis, Graham Greene, inter alia) and prominent Catholic theologians such as Hans Urs von Balthasar. (The one name I did not find anywhere in the book, to my surprise, was Joseph Ratzinger, who reflected rather winsomely on eros in Deus Caritas Est. Nor is Paul Axton’s recent and relevant book, The Psychotheology of Sin and Salvation cited here.)

In sum, Eros Crucified is philosophy of religion done by a young scholar in such a way as to give one great hope for the future not just of the discipline, but of Catholic letters and intellectual culture more generally.

Eros Crucified: Death, Desire, and the Divine in Psychoanalysis and Philosophy of Religion
by Matthew Clemente
Routledge, 2019
Softcover, 184 pages