St. Paul, Minn., Nov 3, 2019 / 03:10 am (CNA).- Minnesota’s restrictions on abortion are too important for pro-abortion groups to eliminate through a single lawsuit, pro-life defenders of the 13 challenged laws have said.

“Women have a right to informed consent. Parents should be notified when their minor children are undergoing abortion. The public should know about how abortion is practiced in our state,” he told CNA Nov. 1. “All of these things would go away if the lawsuit is successful.”

The lawsuit, filed in May in Ramsey County District Court, was the subject of an Oct. 30 hearing. The suit argued that a 1995 Minnesota Supreme Court decision Doe v. Gomez, which ruled the state constitution includes a right to legal abortion, means many state laws passed before and after the decision are unconstitutional.

“We think that claim has no merit and should be dismissed. But it could be many months before the case reaches its resolution,” Stark told CNA.

With the U.S. Supreme Court believed to be at a tipping point against precedents which mandate permissive abortion laws nationwide, advocates of legal abortion have sought to strengthen their legal position at the state level. State laws and judicial decisions would govern abortion if pro-abortion precedents are overturned in federal courts.

In neighboring Iowa, state legislation to restrict abortion has been overturned by a 2018 state Supreme Court decision which declared the right to choose abortion “a fundamental right under the Iowa Constitution.” Such rulings are unlikely to be appealed to the U.S. Supreme Court, which has little jurisdiction over issues affecting state constitutions.

Judge Thomas Gilligan heard arguments about the lawsuit’s merits on Wednesday. He indicated he would take time before he rules on whether to dismiss the case, Minnesota Public Radio reports.

Attorneys for the plaintiffs, two unnamed women and the First Unitarian Society of Minneapolis, argued that the lawsuit should move forward.

“The First Unitarian Society of Minneapolis has a long history of supporting reproductive health rights and justice,” said Rev. Kelli Clement, social justice minister for the society, Minnesota Public Radio reported in May.

The lawsuit names as defendants Attorney General Keith Ellison and Gov. Tim Walz, both members of the Democratic-Famer-Labor Party, and several state agencies. While Ellison backs legal abortion, he has also said he is legally required to defend the state’s laws.

Pro-life groups were not represented at the hearing and have sought to have their own attorney intervene in the case. This effort will delay a ruling until at least December.

While pro-life advocates did not speak in court, they did speak against the lawsuit.

Jason Adkins, executive director with the Minnesota Catholic Conference, characterized the laws as “common-sense regulations are consistent with the state’s interest in promoting informed consent and the health and safety of women who undergo abortions.”

“Ultimately, this lawsuit, challenging common-sense laws that do not prevent anyone from actually procuring an abortion, demonstrates the desire to suppress conscience and the truth,” Adkins told CNA Nov. 1. “Abortion proponents want to keep information about the reality of abortion out of sight from patients and the public lest its harms be exposed and both choose differently.“

“One of the things that makes this case different than every other abortion case cited by the parties is how long these statutes have been on the books. The plaintiffs have challenged 13 different statutes,” she said.

These laws have been in effect from 11 years to 111 years.

Kramer argued that plaintiffs failed to show concrete harm as a result of the defendants’ action.

Among other rules, the lawsuit targets a number of Minnesota’s requirements for obtaining an abortion, including “Woman’s Right to Know,” which ensures informed consent prior to an abortion; its two-parent notification requirement for patients under 18; its prohibition of non-physicians performing abortions; and the requirement of hospital settings for abortions performed after 16 weeks.

The laws require that doctors who provide abortions talk about the risks of abortion, alternatives to abortion, the possibility of pain to an unborn child during an abortion, the availability of medical assistance to women and a man’s obligation to provide child support.

The lawsuit also seeks to end data collection on abortions and requirements for fetal remains be buried or cremated instead of being treated as medical waste.

Data collection questions can “feel intrusive and stigmatizing and are an invasion of privacy,” Unrestrict Minnesota argued. The coalition website particularly objects to Minnesota Department of Health reporting on a patient’s race, marital status and county of residence.

“The lawsuit is an unfortunate, saddening attack on solid, bipartisan legislation that protects women and children, ensures that people make the decision with informed consent, and makes sure that human remains aren’t put in the trash,” he said.

“This lawsuit is meritless, and should be thrown out consistent with the normal course of judicial decision making,” said Adkins. “But with abortion, the normal rules of adjudication don’t apply—a phenomenon known as the ‘abortion distortion.’ We should not assume that they will be upheld, and the attorney general’s office has a duty to provide zealous advocacy on their behalf.”

“We have a tradition in Minnesota of judicial elections being about temperament and experience, and not issues,” he added. “I don’t think there is a big desire among most in the judiciary to politicize our courts. This case will be a barometer of whether that culture still holds.”

‘Once the Church is persecuted, the faith becomes alive’: A pastor’s story

Washington D.C., Nov 26, 2019 / 09:00 am (CNA).- As he helps his flock recover from the horrific bombing of their cathedral in Jolo, in the Philippines, earlier this year, Monsignor Romeo Saniel, OMI, said a miraculous event 17 years ago prepared him f… […]

Biggest papal Masses ever: How does today’s Mass in the DRC compare? 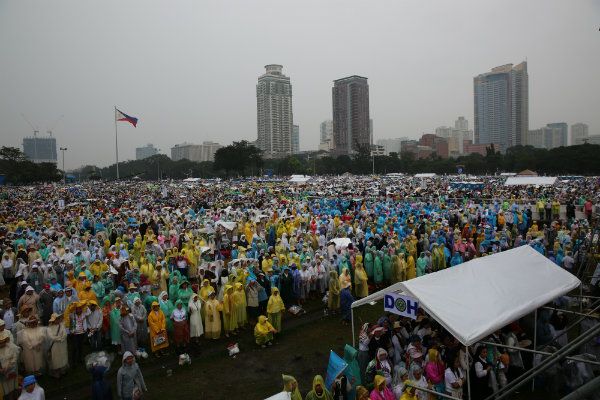 More than 1 million people attended Pope Francis’ Mass celebrated on an airfield in the Democratic Republic of Congo on Wednesday morning, according to local authorities. The papal Mass, celebrated in French, was filled with joy and dancing.

Papal Masses, especially in the last 50 years or so, have attracted crowds of millions — many of them at World Youth Days, the massive gatherings of young people that began in 1987 and take place every few years.

Here’s an inexhaustive ranking of some of the biggest papal Masses:

Residents of the historically Catholic Philippines made a tremendous showing at the final Mass of Pope Francis’ 2015 trip to the Philippines. By official estimates, between 6 and 7 million people packed into Rizal Park in Manila at the final public event during his Jan. 15–19 trip to the country.

The Mass is thought to be the largest papal event in history.

An estimated 5 million people turned out for Mass celebrated by the future saint, who was the most traveled pope ever and possibly the most-seen person in history. The attendance numbers set a record that would take years to be broken.

Original estimates were of “at least 1.5 million” attendees at the Mass, based on the number of people at the vigil the night before. Though Polish police did not give an estimate, ​​World Youth Day spokesperson Anna Chmura later told Agence France Presse there were “between 2.5 and 3 million people.”

The Mass in Kinshasa, DRC’s capital city, took place on the airfield of the N’Dolo Airport on the second day of the pope’s trip to two countries in central and east Africa.

Pope Francis celebrated Mass in French, the official language of DRC, and Lingala, the Bantu-based creole spoken in parts of the Democratic Republic of Congo and by millions of speakers across Central Africa. The pope delivered his homily in Italian with French translations for the Mass, which was celebrated according to the Zaire Use of the Ordinary Form of the Roman Rite.

People arrive to drop off flowers at a makeshift memorial outside the Robb Elementary School on May 26, 2022 in Uvalde, Texas. – Grief at the massacre of 19 children at the elementary school in Texas spilled into confrontation on May 25, as angr… […]