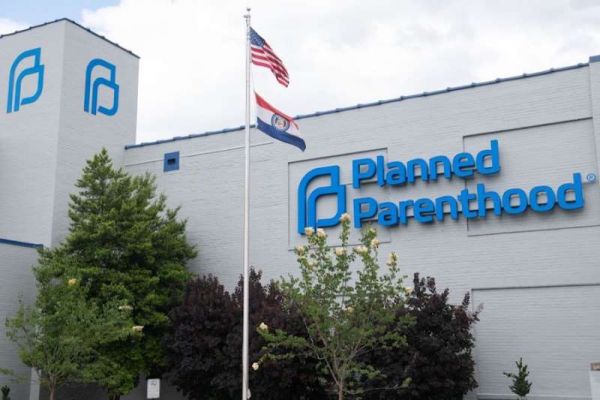 “Planned Parenthood’s stubborn refusal to correct its gross deficiencies is the reason Missouri may soon be the first state since Roe v. Wade in 1973 to be free from abortion clinics,” Jeanne Mancini, president of the group March for Life, stated on Monday before the hearing.

Mancini said the St. Louis Planned Parenthood clinic “has left the state no choice but to deny renewal of its clinic license” because of its health violations and failure to comply with health requirements.

“Planned Parenthood should put the safety of women before its profits – the women of Missouri deserve as much,” Mancini stated.

The Missouri Administrative Hearing Commission held the hearing on Monday, months after the state’s Department of Health and Senior Services in June refused to renew the license of Planned Parenthood of the St. Louis Region to perform abortions.

Jacinta Florence, the Missouri & Arkansas Regional Coordinator for Students for Life of America attended the hearing.

“What’s tragic is that Planned Parenthood is fighting to stay open but doesn’t want to comply with Missouri’s laws designed to protect women’s lives at this dangerous location,” Florence said.

Before it refused to reissue a license for the St. Louis Planned Parenthood clinic, Missouri’s health department had submitted a “Statement of Deficiencies” of the clinic to a court.

In that statement, the department cited an “unprecedented lack of cooperation” on the part of the clinic, as well as its “failure to meet basic standards of patient care, and refusal to comply with state law and regulations protecting women’s health and safety that resulted in numerous serious and extensive unresolved deficiencies including multiple that involved life-threatening conditions for patients.”

Planned Parenthood reneged on its agreement to perform pelvic examinations as a “preoperative health requirement,” the state said, several doctors at the clinic refused requests to provide interviews with the health department, and the clinic would not have been prepared for a case of “severe hemorrhaging” of a woman that occurred at a hospital.

Missouri had also enacted a comprehensive abortion ban in 2019, with Governor Mike Parson (R) signing it into law in May. The legislation was supported by St. Louis Archbishop Robert Carlson.

Missouri’s law set up a multi-tier ban on abortions after eight weeks, 14 weeks, 18 weeks and 20 weeks, as well as bans on abortions conducted solely because of the baby’s race, sex, or Down Syndrome diagnosis.

The law was crafted to be able to survive in the courts, but a federal judge in August struck down all of the bans related the stage in pregnancy, leaving intact the disability, race and sex-selective abortion bans for the time being.

In a controversial move, the organization used a shell company under which the facility was purportedly being constructed, and tried to shield from public view the fact that the facility under construction was an abortion clinic. Washington D.C., Apr 14, 2020 / 06:00 pm (CNA).- The U.S. bishops have echoed Pope Francis’ call for a global ceasefire to help defend vulnerable populations from the COVID-19 virus and respond to the global pandemic.

Bishop David J. Malloy of Rockford, Ill., who chairs the U.S. Conference of Catholic Bishops’ Committee on International Justice and Peace, said the Pope’s plea for peace seeks to deepen “fraternal bonds of the human family” in search of “lasting peace.”

“May God use even the difficulties of this moment to bring about peace and solidarity in the world,” Malloy said in an April 8 statement.

“May God’s grace open the hearts of combatants throughout the world so that they realize their shared frail humanity and allow a cessation of hostilities to come to pass,” he added. “With such cessation, corridors of humanitarian assistance can be established and strengthened to allow relief to reach those in greatest need.”

Malloy’s comments followed Pope Francis’ appeal for a global ceasefire as countries work to protect their populations from the coronavirus pandemic.

Close to 2 million people are confirmed to have been infected with the coronavirus, with some 125,000 dead and 470,000 deemed to be recovered. In some parts of the world the numbers of people with severe symptoms have overwhelmed hospital facilities. Efforts to halt the spread of the virus through mandatory self-distancing have led to business closures and massive new unemployment.

Even wealthy nations at peace have faced difficulties securing medical tests, protective equipment and hospital space in their responses to the novel coronavirus. These difficulties are amplified in regions at war.

About 70 countries are engaged in some kind of conflict, with some conflicts dating back decades.

“Over a billion people on our planet live without access to the basic necessities of life. Over 70 million are displaced who already live amidst violent conflict and persecution,” Malloy said. “The unfolding global health pandemic and subsequent economic crisis only exacerbate their intolerable suffering.”

Pope Francis urged nations in conflict to respond to the March 23 appeal from the United Nations Secretary General Antonio Guterres, who called for for an “immediate global ceasefire in all corners of the world” to “focus together on the true fight of our lives,” the “battle” against the coronavirus.

“The current emergency of COVID-19 … knows no borders,” the pope said in his March 29 Angelus address.

“I invite everyone to follow up by stopping all forms of war hostility, promoting the creation of corridors for humanitarian aid, openness to diplomacy, attention to those in a situation of greater vulnerability,” the pope continued.

Francis repeated his call for a ceasefire in his Easter Sunday Urbi et Orbi address.

“This is not a time for division. May Christ our peace enlighten all who have responsibility in conflicts, that they may have the courage to support the appeal for an immediate global ceasefire in all corners of the world,” he said. “This is not a time for continuing to manufacture and deal in arms, spending vast amounts of money that ought to be used to care for others and save lives.”

Some parties to war appear to have backed the call for a ceasefire, but such efforts could be tenuous.

Humanitarian advocates at the United Nations feared that the COVID-19 virus could be especially devastating in Yemen, which continues to suffer a five-year-long civil war between Saudi Arabia-led forces and the Iran-aligned Houthi movement, whose forces hold the national capital of Sana’a.

The Saudi- and United Arab Emirates-led coalition announced a unilateral ceasefire to begin on April 9.

Skeptical Houthi officials called it a “political and media maneuver.” Their counter-offer appeared to apply a ceasefire only to fighting between their forces and Saudi Arabia, and not to groups loyal to Yemeni leader Abd-Rabbu Mansour Hadi, the U.K. newspaper The Guardian reports.

Within a week the Saudi and Emirati-led coalition accused Houthi forces of violating the ceasefire. On the ground, few civilians think the ceasefire will be more effective than previous efforts.

Over half of Yemen’s hospitals and clinics have been destroyed or closed by the fighting. UN officials say over 90% of the population could become infected by the COVID-19 virus. Only one case has been confirmed in Yemen, but there are almost no testing facilities there.

More than 100,000 have died because of the war, including 12,000 civilians dead in direct attacks. Another 3.6 million people have been displaced. About 12 million Houthis, about 80% of whom live in Houthi territory, depend on UN food supplies each month. About 24 million Yemenis need some form of humanitarian assistance, and close to 10 million people are considered to be on the brink of famine.

In Syria, where the civil war is now nine years old, fighting has calmed since Turkey and Russia agreed to a ceasefire. Russia backs the Syrian government in Damascus, while Turkey backs some rebel groups which oppose it.

At least one million people fled their homes since December during the Syrian government’s offensive in northwest Idlib province, Syria’s last rebel-held territory, which borders Turkey. Some displaced persons have returned home to Idlib, in part due to fears of coronavirus outbreaks in refugee camps, Reuters reports.

The Southern Cameroons Defence Forces, an armed rebel group in the English-speaking regions of Cameroon, announced a two-week ceasefire to begin March 29 as “a gesture of goodwill” and to allow testing for the new coronavirus, BBC News reports.

The Final Dispatch of Father Hudgins, a Lansing priest who died in a road accident