Washington D.C., Apr 27, 2017 / 03:43 pm (CNA/EWTN News).- The U.S. government needs to be continually equipped to fight the scourge of human trafficking in new and effective ways, said members of Congress introducing an anti-trafficking bill on Thursday.

“We have a huge human trafficking problem in the United States, and it needs to be combated even more robustly than it has,” Rep. Chris Smith (R-N.J.) said on Thursday at the capitol, introducing the Frederick R. Douglas Trafficking Victims Prevention and Protection Act of 2017.

“We must shatter the anonymity of purchasing sex and the violence against our women, our boys, and our young girls,” Rep. Ann Wagner (R-Mo.), who joined Smith at the press conference, said.

The bill, introduced by Reps. Smith, Wagner, and Karen Bass (D-Calif.) builds upon the 2000 Victims of Trafficking Protection Act, which was a large new anti-human trafficking bill at the time, a “landmark” bill as Rep. Smith called it.

The new bill has six other original co-sponsors, and enjoys bi-partisan support among the group.

The original TVPA included provisions for sheltering and support for victims, tough punishment of those convicted of trafficking, and introduced actions the U.S. could take against countries which failed to abide by the international trafficking standards set up by the act. The State Department ranks countries in a tier system in its annual Trafficking in Persons report, and actions can be taken against the worst countries.

Now, the new bill is named after Frederick Douglass, a slave who, once he escaped slavery at age 20, became a chief advocate against slavery in the U.S. and against the prejudiced Jim Crow laws of the post-Civil War era.

Douglass insisted that education is freedom, Ken Morris, Douglass’ great-great-great grandson, said on Thursday. Education must be upheld as the “primary prevention” of trafficking, he insisted, saying ““the prevention education era is here.”

“Slavery has plagued humankind for hundreds of generations, perhaps, since the beginning of civilization,” Morris said. “We can reverse the progress of slavery by fortifying individuals and the social structures around them through the application of knowledge.”

The new bill authorizes $130 million in funding over four years to, in the words of Rep. Smith, “prevent human trafficking, to protect victims and prevent them from being further enslaved,” to provide for asylum for international victims who need it, and “beefs up prosecution,” fighting trafficking in the U.S. and abroad.

The bill also funds education to help prevent girls from being trafficking victims, teaching them how to avoid dangerous situations. It provides for job training for victims – “resumption of education” for minors – who have been rescued and need to re-enter society.

Better enforcement of laws is also being called for, as federal agencies like State and Defense cannot grant contracts to entities that have been convicted of human trafficking.

Regarding government employee traveling expenses, “preferential treatment will be given to those individual hotels and airlines that have in place a comprehensive human trafficking initiative,” Smith said.

“Human trafficking is the most profitable criminal enterprise in the world after drugs, and it is able to flourish because predators purchase sex in a supply and a demand market,” Wagner said, adding that the U.S. must more vigorously enforce anti-trafficking laws.

According to the 2016 Trafficking in Persons report, illicit human trafficking and forced labor make up a $150 billion worldwide industry with estimates of 20 million victims. As many as 800,000 trafficking victims are brought through the U.S. annually.

“Our government must vigorously prosecute buyers of sex trafficking and finally end demand for this horrific crime,” Wagner said.

Another major issue for trafficking victims is housing, Rep. Bass insisted. “Eliminating pathways to child sex trafficking inevitably requires the elimination of youth homelessness,” she stated, noting that many victims have “fallen through the cracks” of the foster care system.

“Escaping is not an option without access to safe housing equipped to meet the special needs of victimized youth,” she said. “Our government has an urgent responsibility to shut down pathways for child sex trafficking and to invest in critical housing needs for vulnerable girls and foster youth.” 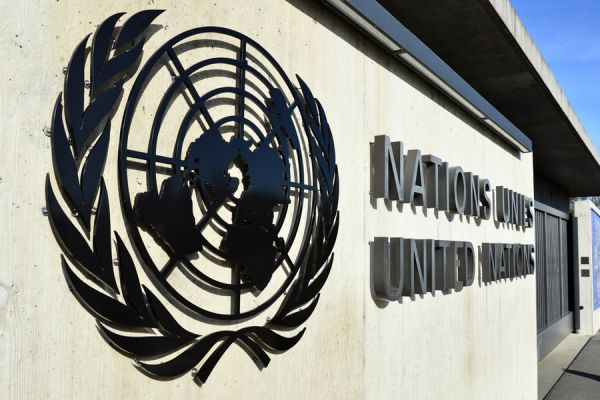 Vandalism on a door of the Cathedral Basilica of the Immaculate Conception in Denver, Colo., Oct. 10, 2021. / Photo courtesy of Fr. Samuel Morehead.