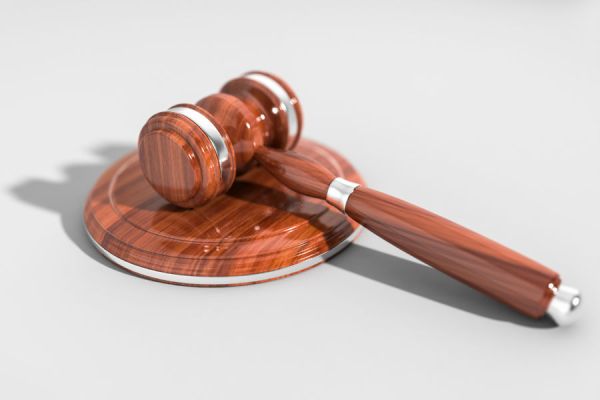 Denver Newsroom, Jan 23, 2021 / 02:00 am (CNA).- In the waning months of 2020, the United States watched as the Senate conducted hearings for Amy Coney Barrett, a Catholic mother of seven. President Donald Trump had nominated Barrett to fill the Supreme Court seat left by the late Justice Ruth Bader Ginsburg.

Among the observers was Father Pius Pietrzyk, OP, a canon lawyer and among the few Catholic priests to, like Barrett, hold a Senate-confirmed political appointment.

In late 2009, President Barack Obama nominated Pietrzyk to serve on the board of the Legal Services Corporation, a nonpartisan body that gives grants to local legal aid offices to provide free civil legal services for the poor.

“I never thought I’d like the work as much as I have. I’ve enjoyed it very much. And a big part of that is because I’ve seen the people who have been helped by it,” Pietrzyk told CNA.

“But I also see, in a much bigger way, the people who continue to need to be helped by it. And there’s far more need certainly than we have resources. But we keep trudging along doing our best and helping as many people as we can.”

Pietrzyk is a Dominican friar of the Province of St. Joseph, and chairs the Pastoral Studies department at St. Patrick Seminary in Menlo Park, California, where he also teaches canon law.

Before being ordained to the priesthood in 2008, he practiced civil law for several years at a large firm in Chicago.

Pietrzyk received the news of his appointment to the LSC’s board in early 2010. As a lawyer, he had heard of the Legal Services Corporation and was vaguely aware of what they did. But his appointment was still a big surprise.

“It was completely out of the blue for me. I never saw this coming,” he said.

The Legal Services Corporation is a 501(c)(3) corporation created in 1974 with bipartisan Congressional sponsorship.

Congress appropriates money to the LSC each year— for 2021, some $465 million in funding is expected. The LSC does not itself provide legal services, but rather provides grants to 132 independent nonprofit legal aid programs throughout the country.

People earning 125% or less of the federal poverty line are eligible for the services that the local legal aid agencies provide. Pietrzyk said some of the common civil law issues that the aid agencies deal with are issues of domestic violence, housing (such as landlord-tenant disputes), elder law, and veterans issues.

In civil cases, many people living in poverty cannot afford lawyers, and often have to represent themselves, making them less likely to win their cases.

So how did a Dominican priest get picked for a political appointment like this?

Apart from Pietrzyk’s legal qualifications for the position, there was another reason his name came up as a possible candidate.

By tradition, at least two members of the LSC’s board are “client-eligible,” meaning they themselves qualify for the free services that they oversee.

Pietrzyk is quick to point out that his Senate hearing was not the flashy, high-profile media affair that often accompanies hearings for Supreme Court nominees, such as Barrett.

Instead, his hearing was conducted as a conference call with several Democratic staffers, away from the public eye. Pietrzyk described the room where it took place as little more than a “cloakroom.”

Still, as you might expect, any nominee for a Senate-confirmed position has to be vetted by the FBI. The FBI conducted interviews with several people whose names Pietrzyk provided, as well as with several of Pietrzyk’s parishioners and neighbors.

At one point during the vetting process, Pietrzyk was studying in Rome. Since the FBI lacks jurisdiction outside U.S. territorial boundaries, a retired State Department agent living in Europe met with Father Pietrzyk and conducted additional interviews in Rome.

“I had really nothing to hide, nothing that’s going to cause a major objection,” Pietrzyk laughed.

“I wasn’t a foreign agent. I wasn’t engaging in some sort of heavy illegal practices. That made it a lot easier. I had no complicated financial situations that would cause embarrassment to the President or anything like that.”

Although Pietrzyk says he is not aware of any major ideological objections to his appointment, he says there was some suspicion in the Senate that he fit the mold of a “client eligible” candidate. After all, he says, not many poor people have a University of Chicago law degree.

“And while I live a vow of poverty, it wasn’t as if there was any danger of me being on the streets. I don’t think my religious community was going to throw me out on the street anytime soon,” he pointed out.

The Senate confirmed Pietrzyk’s nomination on March 29, 2010. He said he regularly wears his religious habit to board meetings, and has earned the respect of his fellow board members.

“My other board members have accepted me as a Catholic priest, as Catholic religious, and have received that whole-heartedly and have just been very professional to me,” Pietrzyk said.

“We rarely have, if ever, ideological disputes. That camaraderie and friendship and professionalism has been part of what’s made this such a rewarding experience for me, in addition to the stories that we hear of the poor people who are helped by the services. And some of them are really quite compelling.”

In Dec. 2019, Pietrzyk was further elevated to Vice-Chairman of the LSC’s board.

‘We haven’t seen the worst of the poverty’

Pietrzyk said the work of the Legal Services Corporation is particularly important today, as millions of Americans face eviction from their homes because of the fallout from the coronavirus pandemic.

A handful of states have made it illegal for landlords to evict tenants during the pandemic, but many have not. In a July 2020 survey done by the LSC, 95% of their grantees reported an increase in eviction cases.

Late last year, Congress extended a moratorium on evictions nationwide until the end of this month, January 2021.

The federal moratorium applies when renters meet certain conditions, and data show that landlords in many states have ignored moratoria and have continued with evictions. The Eviction Lab, a research group at Princeton University, has tracked at least 200,000 evictions in the US since the pandemic began.

President Joe Biden has pledged to make an extension of the federal moratorium one of his top priorities, pledging to sign an executive order extending the moratorium until March on his first day in office.

Unless that moratorium is later renewed, an estimated 30-40 million needy people are going to find themselves homeless.

“We haven’t seen the worst of the poverty that has been a result of the COVID, and we’ll see it a lot worse once the evictions crisis really hits. And so being on the front lines and trying to ameliorate that as much as possible, I think, is something we all really need to be invested in,” Pietrzyk said.

The need for affordable legal services for the poor has been highlighted recently as an important component of the country’s response to poverty, especially in light of the pandemic.

Notably, Supreme Court Justice Neil Gorsuch wrote a Sept. 2020 op-ed calling for reform of the court system, noting that “even to accomplish the simplest task, hiring a lawyer is expensive — too expensive.”

As one possible remedy, Gorsuch highlighted new programs in Utah and Arizona that will, beginning this year, permit “trained, non-lawyer legal professionals” to represent clients in some legal areas.

Although the LSC is set to receive $465 million in funding this year, the largest dollar amount ever appropriated, the figure is significantly lower than what the LSC requested for 2021. The Trump administration recommended “zero funding” for the LSC every year that Trump was in office.

Pietrzyk said he believes all Americans— regardless of income—  ought to be able to access the court system.

“When you’re a poor person, you can barely have money to feed your family. When you become a victim of injustice in the civil realm, you often have no outlet at all, because you can’t hire a lawyer,” he said.

“You oftentimes don’t have the resources to be able to navigate yourself through a very complicated court system. And so what’s left?…I do think that if you are committed to the rule of law and to justice for all Americans, that you have to be committed in some way to a program that provides civil legal services to the poor.”

The LSC’s grantees nationwide have seen a large increase in demand for their services during the pandemic.

Guy Lescault, executive director of Legal Services Alabama, one of the LSC’s grantees, told CNA that at least 1.5 million Alabama residents cannot afford to hire lawyers when faced with civil issues like fighting an eviction.

Alabama has long ranked near the bottom in terms of average income and racial disparities, Lescault said. Alabama does not have a state moratorium on evictions, and it is one of only two states nationwide— the other being Idaho— that has never appropriated any state money toward legal services for the poor.

Typically, some 80% of their funding comes from the LSC, and last year they got some much-needed additional funding from the CARES Act and in the form of a grant from HHS. Legal Services Alabama is hoping to fill in gaps with their own fundraising.

Legal Services Alabama operates a call center where people can call to get connected to free legal services, and they have seen a massive increase in demand since the pandemic started.

Most calls they receive at the call center, Lescault says, are from needy people seeking information, such as asking about how to access SNAP (Food stamps).

Lescault says they deal with many elderly people and children in their work. Moreover, the population served by LSA is about 70% female and nearly two-thirds black.

For serious situations, such as a poor person facing eviction or domestic violence, a call to the statewide call center often will be directed to one of their lawyers.

“Domestic violence sort of goes hand in hand when you have lockdown orders, loss of employment, all of the other things. These issues, they’re not isolated, they’re all intertwined,” Lescault said.

“What we should be doing is addressing some of this holistically. So we are trying as fast as our little feet can get us to apply for more domestic violence money from the Department of Justice that would give us additional staff to help address that issue around the state.”

‘Make your town and community a better place’

In 2015— five years after Father Pietrzyk’s confirmation— the Senate confirmed Father Paul Hurley to be U.S. Army Chief of Chaplains. The record of whether there have been any other priests confirmed by the Senate is thin.

Most Catholics will never get the chance to help the poor by way of a national political appointment. But Father Pietrzyk encouraged all Catholics to seek out opportunities to help the poor in their neighborhoods and local communities.

“Where you can have a great deal of influence is at the local level, getting involved in helping people who are in need in your own community, in your own town, in your own city,” he said.

“I think that’s what Catholics need to be about— to try to avoid all of the political and ideological gamesmanship that goes on sometimes at the national level, and ask yourself what you can do to make your town and community a better place.”

This story originally aired on Catholic News Agency’s podcast, CNA Newsroom. It has been adapted for print. Listen to the segment below, beginning at 23:13.

Scalia points out that underneath the “living constitution” idea lies a fallacy: that societies always evolve toward more freedom, and therefore constitutions must evolve with […]