In an unusual Twitter thread, Father Gianfranco Matarazzo, S.J., former Superior for the Euro-Mediterranean Province of the Society of Jesus (Jesuits) demanded full transparency from his community in dealing with the current situation of noted Jesuit Father Marko Ivan Rupnik, S.J., accused of having abused several women religious from a Slovenian congregation almost 30 years ago.

“The ‘Rupnik case’ is a tsunami…of injustice, lack of transparency, questionable management, dysfunctional activity, personalized work, apostolic community sacrificed to the leader and unequal treatment,” tweeted Matarazzo, who is currently the delegate for social ministry and abuse prevention for the dioceses of Sicily, Italy’s southern island.

With all my limitations,
I am trying to give my life
to the Catholic Church through the Jesuits.
The mortifying dichotomy
“conservative or progressive”
has never belonged to me.
But it has to be said:
the “Rupnik case” is a tsunami…

The former superior said that the statement released by the Jesuits on Dec. 2 barely describing the current situation of Rupnik, “relaunches this tsunami.”

“A deadly damage to the Jesuit Order, but even more so to Holy Mother Church. Another case study, as if it were not enough that has happened so far.”

In the Twitter thread, Matarazzo says: “What is to be done?,” and provides a list of actions to be taken by the Jesuits:

2. Offer a detailed reconstruction of everything that happened.

3. Convene a press conference and answer all questions in a transparent manner, without having to make run-up additions because forced to.

5. Fr. Hans Zollner S.J., who is credited as an authoritative voice on the subject of abuse and is always demanding of the bishops with respect to the handling of this tragedy, take a stand on his Order (sic.)

Zollner is one of the leading experts in the field of safeguarding from sexual abuse in the Catholic Church. He is a member of the Vatican’s Commission for the Protection of Minors since its creation in 2014 and is the Director of the Institute of Anthropology: Interdisciplinary Studies on Human Dignity and Care (IADC) at the Gregorian University in Rome.

Vatican City, Nov 9, 2020 / 11:00 am (CNA).- Pope Francis met Monday with an Italian Catholic missionary priest who was freed last month in Mali after he was kidnapped from his parish in Niger in 2018. 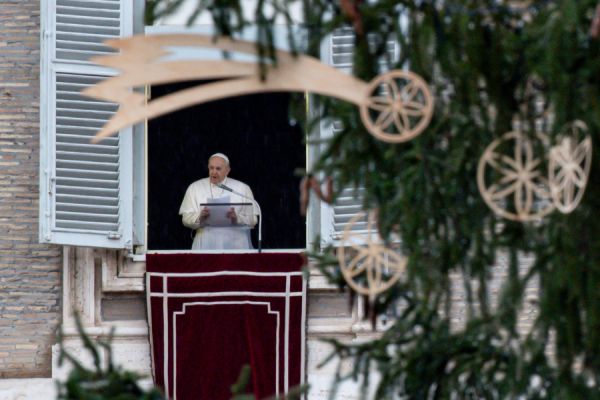