The diocesan phase of the cause for the canonization of Carmen Hernández, co-founder of the Neocatechumenal Way, was held in Madrid Dec. 4.

At the ceremony, Kiko Argüello, who co-founded the movement with Hernandez and worked together with her for more than 50 years, shared some candid remarks about the difficulties of their relationship.

“The Lord united Carmen and me together for 52 years in a wonderful mission of evangelization,” Argüello said as he began his reflection on her life.

But their journey together wasn’t always easy, Argüello continued, departing from his text, describing the co-founder of these communities of Christian initiation as someone “unbearable.”

“I had a hard time accepting Carmen, until the Lord spoke within me that Carmen was … unbearable. Well, you all know her, right?” he said, to the smiles of many of those present.

“She was a not very likable woman from Soria [a town in Spain] and she told you the truth every time she saw you. She said: You’re part of the Cursillo, man. So, for her, being in the Cursillo was contemptible,” Argüello went on.

Getting back to his text, Argüello said that in reality God revealed to him that she was “a very great grace” and that he had placed him alongside her so that “she would tell me the truth.” And so Argüello was able to accept Hernández “as sent by the Lord.”

“I suffered until I realized that she came from God,” reiterated Argüello, who then lavished praise on her.

“Carmen was a stupendous woman, an extraordinary woman who did a lot of good not only for the members of the Neocatechumenal Way but [also] for the entire Church,” he said.

Hernández was “a masterful genius for freedom and love for the Church,” he said, and noted that he never flattered her.

“She always told me the truth” and “was clearly aware that the mission God had given her was to support, defend, and correct me for the good of the Neocatechumenal Way,” Argüello acknowledged.

Consequently, outside of Church circles, she was not known because she “never sought prominence.”

The co-founder of the Neocatechumenal Way also highlighted that Hernández was “a true prophet, a true missionary, who lived the faith to a heroic degree. An exceptional woman, very important for the Church.”

‘She looked down on me’ until she saw the bishop

Argüello also told how Hernández didn’t have a high opinion of him when they met in the 1980s in the poor neighborhoods on the outskirts of Madrid.

He had felt a call from the Lord to live with the poor and social outcasts in the shantytowns of Palomeras Altas near Madrid.

“The providential presence of the archbishop of Madrid [Casimiro García Morcillo] who went to the shantytowns was what made Carmen definitively collaborate with me,” he recalled. “Until she saw the bishop in my shack, Carmen looked down on  me.”

“When she saw the bishop in my shack, from that moment on, she changed, as if to say: ‘The Church accepts Kiko.’ How difficult!” he exclaimed wryly.

“Carmen saw the presence of the Church in the archbishop and completely changed her attitude towards me. With the presence of Morcillo, she saw the promises that God had made to her in Israel come true,” he stressed.

Argüello recalled that the presence of Hernández in that place “was like a farm field that God had prepared to place within the Church. What God made us experience in the midst of a world of poverty, the Holy Spirit had already prepared for his entire Church.”

Argüello concluded his reflection by saying that he hoped the canonization process serves to thoroughly examine the life of Hernández, “which was often a crucified, silent, and suffering life, like a dark night.”

So that “her virtues come to light, many of them hidden, many to a heroic degree,” he added.

Argüello said he was grateful “to have known her” and to have “been able to work with her in the hard work of the Gospel.”

“Carmen, what a great woman, with exceptional faith! What a great love you have had for Christ and his Church! Thank you, Carmen!” he concluded.

Vatican City, Mar 19, 2021 / 12:00 pm (CNA).- Pope Francis on Friday encouraged Catholics to support and defend families by making an effort to be close to them in the struggles and joys of […] 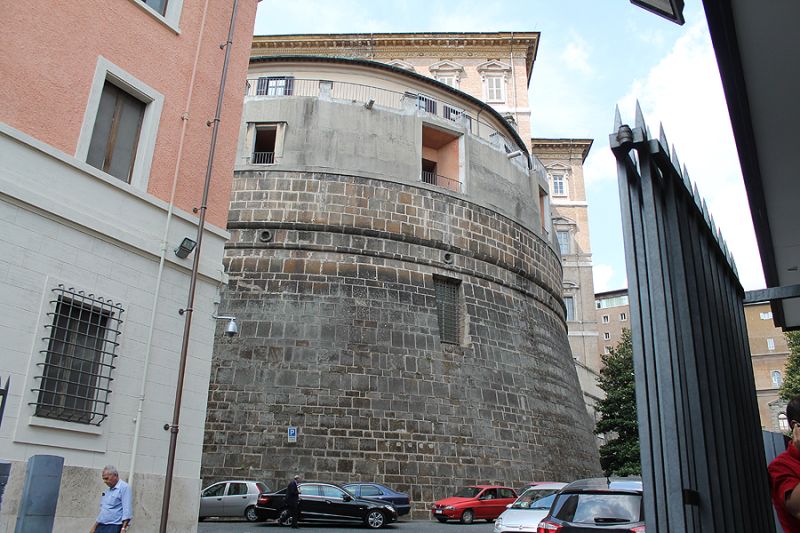 The Institute for Religious Works, or ‘Vatican bank’. (File Photo/CNA).

Pope Francis has ordered that the Holy See and connected entities move all financial assets to the Institute for Works of Religion (IOR), commonly known as the Vatican bank.

The pope’s rescript, issued Aug. 23, clarifies the interpretation of a paragraph in the new constitution of the Roman Curia, Praedicate Evangelium, promulgated in March.

According to Francis’ rescript, financial and liquid assets held in banks other than the IOR must be moved to the Vatican bank within 30 days of Sept. 1, 2022.

Though commonly called a “bank,” the IOR is technically a financial institute, with no branches, working within Vatican City State to provide services to clients, which include the Holy See and connected entities, religious orders, clergy, Catholic institutions, and Holy See employees.

In his Aug. 23 rescript, Pope Francis said article 219, paragraph 3 of Praedicate Evangelium “must be interpreted to mean that the activity of asset manager and custodian of the movable patrimony of the Holy See and of the Institutions connected with the Holy See is the exclusive responsibility of the Institute for Works of Religion.”

Article 219, paragraph 3 of the new curial constitution says: “The execution of the financial transactions referred to in §§ 1 and 2 is carried out through the Institute for the Works of Religion,” the IOR.

The financial transactions described in paragraphs 1 and 2 of article 219 are the administration and management of the Holy See’s real estate and movable assets and entities entrusting their assets to the Holy See.