On May 15 the Catholic Church will canonize Père Charles de Foucauld, a missionary priest active in French Algeria just over a century ago.

But his rank of sainthood comes with rancor. Critics of France’s history in Africa have shrilled their complaints: No halo for him. Foucauld wasn’t some simple Gospel preacher, they say, but rather a colonialist and empire-builder, a French patriot who helped his nation’s military while leading souls to Christ. 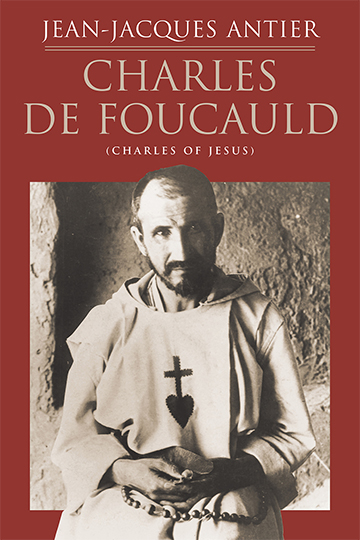 According to that logic, the way he died—bound and helpless, flung to the ground, a rifle barrel jammed against his skull—was brutal but grimly fitting.

Saint or imperialist sinner? Curiously, perspective can be found—as we’ll see—in the writings of a British critic of empire who nonetheless loathed all those who belittled patriotic feeling and love of country.

But first a glance at Foucauld’s life. Born in 1858 to a devout Catholic family in Strasbourg, he came of age in a European epoch that was anything but pious. Roiling France were social currents all too recognizable in our own day: Darwinist agnosticism, “scientific” atheism, and materialist hostility to religion.

As a cavalry cadet at the military academy of Saint-Cyr, Foucauld lost his focus and his faith. He earned a reputation as a champagne-guzzling pleasure-seeker and bonbon connoisseur, restless, impatient, always hungry for distraction.

The first step in what he later remembered as his “reversion” to Christianity was taken in response to an Algerian declaration of jihad.  A marabout (dervish leader) named Bou Amama had announced a “holy war” against foreign unbelievers. Foucauld’s regiment was dispatched to North Africa for combat duty, and here—to his own surprise—his life began to acquire purpose. He loved the stimulus of danger and risk. The discipline of desert patrols steadied his errant thoughts. He learned to care for the soldiers under his command.

But with the insurrection suppressed, again he found army life too dull. Yet he had no desire to leave this land. He resigned from the military and became an explorer, choosing the sultanate of Morocco as his realm of adventure.

His explorations won him a medal from the Geographical Society of Paris. But the biggest prize he took from Africa was what he learned from Muslims he met on his travels. “Observing this faith,” he wrote of his encounters with practitioners of Islam, “and these souls living with God as a continual presence has allowed me to glimpse something greater and more true than worldly occupations.”

The result: a return to France and a fresh commitment to his Catholic heritage, followed by ordination as a priest. Thereafter Foucauld returned to Africa, this time as a chaplain to men of the Légion Étrangère garrisoning Beni Abbès and other Foreign Legion outposts near the Algerian-Moroccan frontier.

His old party-hearty life of limitless distractibility had fallen away. What he understood now was the hard-won wisdom voiced by Kierkegaard: “Purity of heart is to will one thing.”

In Foucauld’s case this purity of heart expressed itself in two mutually reinforcing ways: worship of God, and service to others.

He was happiest now alone—what the Sahara meant for him was a sand-swept vastness of prayer—and he spent free moments in solitary adoration before the tabernacle in his desert chapel, communing with Christ’s real presence in the Eucharistic Host. But he roused himself to help those around him, not only French legionnaires but also local Muslims who—impressed with his piety—called him “the Christian holy man” and sometimes peered in as he said Mass.

And he went further. An ardent lover of France, he supported his nation’s colonial “civilizing mission” in Algeria. He accompanied military “pacification tours” and ministered to French soldiers wounded in combat. To those 21st-century critics objecting to his canonization because of his being a “tool of imperialism,” I’m sure Foucauld would have cheerfully pleaded Guilty as charged.

And yet: his patriotism was anything but blind. Although the French had outlawed slavery in their jurisdiction, they hesitated to antagonize the powerful Arab and Tuareg raiders who preyed on the impoverished black villagers of southern Algeria. It was Foucauld who took a leading role in criticizing his government’s shortcomings, while also doing his best to protect the most vulnerable inhabitants of the region. At a site in the southern desert called Tamanrasset, he built a hermitage for himself. Here he ransomed slaves and helped provide employment for them as freedmen.

And it was here, in December 1916, that he died, aged 58, murdered by jihadists. French officers who came upon the ransacked hermitage days later discovered that the monstrance containing the consecrated Host was lying outside on the ground where it had been flung by the attackers—right near the spot where Foucauld had knelt so often to keep company with his Friend.

How should we assess Foucauld’s legacy now, over a century after his death? I’ve already noted his problematic status among critics who condemn this monk’s colonialist-era devotion to France. Some progressive-minded scholars (among them Ladji Ouattara and Jean-Marie Muller) question whether a man such as Foucauld, with his “deep nationalist” convictions, should be rewarded with sainthood. Instead the focus should supposedly be on “dismantling colonialist figures”—a project in keeping with today’s cancel-culture frame of mind.

But here we can cite in the priest’s defense a 20th-century socialist thinker who was much more generously-minded than his fellow leftists. I’m thinking of George Orwell, who in World War II penned a number of observations about nationalism and love of country. (Worth noting too is that although Orwell—like many of his peers—was a secularist who adhered to no religious belief, he retained a nostalgic attachment to the Church of England of his youth.)

Himself an anti-imperialist (he’d served as a policeman in Raj-era Burma and didn’t like what he saw of British rule), Orwell nonetheless felt a lifelong affection for his native England. But in this he saw himself at odds with his ideological kindred.

Writing in 1944, he stated, “I don’t share the average English intellectual’s hatred of his own country…Left-wing intellectuals do not think of themselves as nationalists, because as a rule they transfer their loyalty to some other country, such as the USSR, or indulge it in a merely negative form, in hatred of their own country.”

Looking back at the 1930s, he observed in 1941 that “all through the critical years many left-wingers were chipping away at English morale, trying to spread an outlook that was sometimes squashily pacifist, sometimes violently pro-Russian, but always anti-British.” Uncannily spot-on, this, and applicable to our situation today, where we find a surprising number of American apologists for autocracies abroad—whether Putinist Russia or Communist China—who seem to loathe their own Stars and Stripes.

Orwell condemned his fellow intellectuals on another point. “Nearly all Western thought since the last war,” he wrote in 1940, “certainly all ‘progressive’ thought, has assumed tacitly that human beings desire nothing beyond ease, security and avoidance of pain. In such a view of life there is no room for patriotism and the military virtues.” This kind of mindset, he knew, leads to disaster: “Hedonistic societies cannot endure.”

Which brings us back to Charles de Foucauld. Himself an ex-hedonist, he’d learned that a life preoccupied only with its own security and ease is doomed to disarray. He loved his God, and he loved his country, and he combined these loves in Christlike care for the most vulnerable members of the French empire.

And as for the suffering entailed in such a life of service? No matter; it only brought Foucauld nearer to his Friend. “The more firmly we embrace the cross,” he jotted in his journal, “the more closely we are bound to Jesus, who is made fast to it.”

(Editor’s note: Part of this essay has been adapted from the author’s Introduction to the new edition of Jean-Jacques Antier’s biography of Charles de Foucauld, published by Ignatius Press.)

About David Pinault 4 Articles
David Pinault is Emeritus Professor of Religious Studies at Santa Clara University and the author of two titles from Ignatius Press: The Crucifix on Mecca's Front Porch: A Christian's Companion for the Study of Islam (2018) and the novel Providence Blue: A Fantasy Quest (2021).

President Macron and the real source of France’s identity crisis

Last October, just over a week before the brutal murder and beheading of Parisian high-school teacher Samuel Paty, French President Emmanuel Macron gave a speech about the actions his administration has taken to root out […]

Rome Newsroom, Jan 14, 2021 / 07:00 am (CNA).- French bishops asked Catholics on Wednesday to pray and fast for the next four Fridays for respect for human life from conception in response to new legislation.

Tolkien and Chesterton – “J.R.R. Tolkien and G.K. Chesterton, two great champions of the modern fantasy genre, understood literary creation, and art in general, as somehow expressing God’s creativity in the world.” The Theology of […]