On Sunday afternoon, Ryan Anderson—the current president of the Ethics and Public Policy Center (EPPC)—reported that his book When Harry Became Sally: Responding to the Transgender Moment was no longer listed for purchase on the online retail giant Amazon.com. The book was released three years ago, on Feb. 20, 2018. 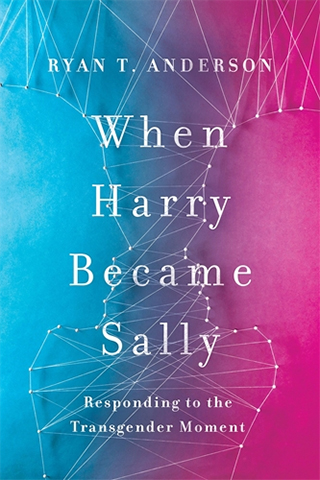 Anderson told CNA on Monday morning that he was alerted to the situation as “people trying to buy it told me it was gone.”

“And not just like it’s out of stock. The pages are down. You can’t buy a used copy. You can’t buy the kindle. You can’t get the Audible version,” Anderson told CNA. He said that his book’s publisher asked for an explanation from Amazon as to why it was not being listed online, but had not yet received an explanation.

As of Monday afternoon, the book was not listed on Amazon for purchase, but was still available for purchase at the book retailer Barnes and Noble.

A spokesperson for Amazon declined to comment on Anderson’s claims on Monday.

Among content that is prohibited under Amazon’s guidelines is that which “we determine is hate speech,” along with “other material we deem inappropriate or offensive.”

Amazon states that “providing access to the written word is important, including content that may be considered objectionable.” The company states that it may withdraw content if “we determine it creates a poor customer experience.”

In addition, Amazon states that if it pulls content, its policy is to inform the “author, publisher, or selling partner” of the de-listing and to allow them an appeal.

“If we remove a title, we let the author, publisher, or selling partner know and they can appeal our decision,” the company stated.

However, Anderson told CNA that as of Monday afternoon he had not heard any explanation from the company for his book not being listed online.

When Harry Became Sally is Anderson’s critical look into the transgender movement, exploring the biological, psychological, and philosophical areas of the transgender debate. He has been outspoken on topics such as the concept of gender fluidity, purported psychological benefits of gender-transition surgery for those with gender dysphoria, and the implications of “transgender mandates”—that public spaces such as single-sex bathrooms and locker rooms be available to people based on their gender identity.

Anderson’s book was commended by professors of psychiatry, psychology, and medical ethics at universities such as Johns Hopkins, Boston University, New York University, and Columbia University.

On Friday, legislation was introduced in the House of Representatives to recognize sexual orientation and gender identity as protected legal classes. The proposed “Equality Act” would create broad protections in civil rights law for those identifying as transgender, non-binary, or gay or lesbian.

Critics such as Anderson have argued that the legislation would erode religious freedom protections and would require women to share sensitive spaces such as bathrooms, shelters, or locker rooms, with biological men identifying as transgender women.

Recently, the Twitter account of Catholic World Report was suspended after the outlet tweeted a CNA article including language referring to a Biden administration nominee as “a biological man who identifies as a transgender woman.”

After the outlet was informed of its Twitter suspension on Jan. 24, its appeal was initially denied due to its “violations of the Twitter Rules.” As of Feb. 1, CWR’s account was unlocked, and a Twitter spokesperson on Feb. 2 said that “[t]he enforcement action was taken in error and has been reversed.”

[CWR note: When Harry Became Sally: Responding to the Transgender Moment is available from Ignatius Press.]

Havana, Cuba, Nov 11, 2021 / 14:25 pm (CNA).
A group of Cuban priests signed a letter addressed to the Cuban authorities Wednesday urging them not to use violence against marches pr… […]