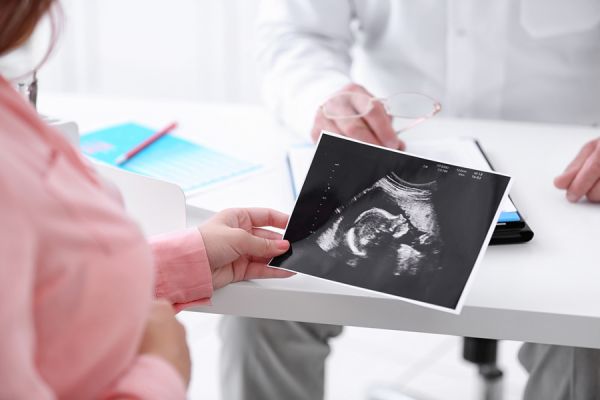 CNA Staff, Sep 29, 2020 / 03:01 pm (CNA).- The office of San Francisco’s mayor announced Tuesday that places of worship will be permitted to hold services indoors at 25% capacity, up to 100 people, beginning Wednesday.

Restaurants will also be allowed to reopen for indoor dining at 25% capacity, up to 100 people.

Archbishop Salvatore Cordileone of San Francisco thanked the mayor, as well as the thousands of Catholics who urged that they be permitted to attend Mass.

“I want to thank Mayor London Breed for recognizing that faith is essential. As well, I want to thank the thousands of San Francisco Catholics and others who joined the processions, the more than 35,000 who signed the petition … came to St. Mary Cathedral’s outdoor plaza to witness to our faith, wrote letters to the editor or op-eds, and who generally spoke up with one united voice under the banner: We are essential! Free the Mass,” the archbishop said Sept. 29.

Breed’s office announced Sept. 29 that the expanded limits on places of worship will take effect Sept. 30.

The release attributed the changes to San Francisco’s move from California’s red, or substantial risk, tier, to the orange, or moderate risk, tier.

The California government’s Covid-19 website says that “counties in the Widespread (purple) tier may open some businesses and activities with modifications, including all retail, shopping centers at maximum 25% capacity, and hair salons and barbershops indoors.”

San Francisco authorities have been allowing capacities of between 10 and 50% at venues like gyms, tattoo parlors, hair salons, massage studios, and daycares.

The US Department of Justice had on Sept. 25 warned San Francisco officials that its restrictions on public worship in the city may be unconstitutional.

The city has been allowing only one worshipper at a time in places of worship, regardless of the building’s size, while allowing multiple patrons in other indoor establishments.

Until Sept. 14, public worship in the city was restricted to 12 participants outdoors, with indoor services prohibited. Beginning Sept. 14, 50 people were allowed at outdoor religious services.

Beginning Sept. 30, outdoor worship services may have up to 200 people. Singing or chanting indoors will be prohibited, and “the place of worship must conduct a health check of patrons before they enter the facility.”

Archbishop Cordileone said that “respect for each other’s rights and compassion for each other’s needs are core San Francisco values. God bless Mayor Breed for responding to her constituents’ call.”

The Bishop of Rochester said Thursday that news of the death of Daniel Prude, who died after being arrested in the upstate New York city in March, is a source of sorrow, and a reminder of the Christian … […]

While #GirlDad trends, US sex-selective abortion is on the rise Washington D.C., Jan 29, 2020 / 12:01 pm (CNA).- In the wake of basketball star and father-of-four-daughters Kobe Bryant’s death, #GirlDad has gone viral on social media with fathers sharing the unique joy of raising daughters. However, in many parts of the world, fewer girls are born than boys today because of sex-selective abortion.

Demographics experts say that “large-scale female feticide” has also occurred in the U.S. in the last decade, in a new analysis published Jan. 27.

“These new data are worrisome, if not alarming—for they demonstrate that large-scale female feticide has been taking place among certain U.S. sub-populations over the past decade,” researchers Nicholas Eberstadt and Evan Abramsky found when they looked at U.S. birth statistics.

“The ‘global war against baby girls’ has opened a front in the United States of America,” they said.

The phenomenon of mass female feticide in Asia over the last 40 years has been driven by easily available or unconditional abortion access, cultural preferences for boys, and inexpensive prenatal gender determination technology, Eberstadt explains.

With the sex ratio skewed in the two most populous countries in the world, sex-selective abortion accounts for millions of “missing baby girls” each year.

Eberstadt and Abramsky’s 2020 analysis also found unnatural imbalances in sex ratios at birth in the U.S. among foreign-born mothers from China and India.

The researchers conclude this can be understood as approximately 8,400 “missing” births of newborn girls in the U.S. from Chinese and Indian mothers between 2014-2018, while the exact number of sex-selective abortions that occurred among those sub-population groups is unclear.

Eberstadt and Abramsky said that they found “some measure of reassurance” in that there was  no conclusive evidence that the same sex ratio at birth (SRB) exists among Asian-Americans born in the U.S.

The abnormal trend only applies to foreign-born mothers from China and India, countries with “mass female feticide.”

This week over 100,000 people have posted photos of fathers and daughters on Instagram with #girldad in tribute to Kobe Bryant, who was the father of four girls. Bryant and his eldest daughter, Gianna, died in a helicopter accident Jan. 26, along with seven others.

The trend was sparked by ESPN analyst Elle Duncan, who shared a memory of a conversation with Bryant.

She said that she had asked Kobe Bryant if he wanted more children, even if there was a chance of having another girl, and said Bryant replied, without hesitation, “I would have 5 more girls if I could. I’m a girl dad.”

“I would have 5 more girls if I could. I’m a girl dad.”@elleduncanESPN‘s story about how much Kobe loved his daughters is something special. pic.twitter.com/1KJx17QRjY

Following the episode of Sports Center, professional athletes posted photos of themselves and their daughters online with #GirlDad, fathers across the globe followed suit.

“This is trending nationwide because there’s no greater or more significant relationship than that of a dad and his daughter(s),” Duncan wrote on Twitter Jan. 28 with a post that linked to the thousands of family photos shared with her in the past few days.

Please if you’re feeling any kind of way, scroll through this feed and look at all these PROUD #girldad ‘s .. this is trending nationwide because there’s no greater or more significant relationship than that of a dad and his daughter(s) .. i hope it eases your blues. ?? pic.twitter.com/DbUQVbVO22