Washington, D.C. Newsroom, Aug 19, 2020 / 03:00 pm (CNA).- The Diocese of Austin has condemned the Austin City Council’s decision to increase funding for abortion access in the city while partially defunding the city’s police department.

On August 13, the Austin City Council voted to reduce the city’s $423 million police budget by $150 million, or by just over a third. That money will be redistributed to various other causes, including violence prevention and housing assistance–as well as increased funding for “logistics” associated with abortion access.

Bishop Joe S. Vasquez of Austin said he was “deeply concerned and disappointed” that the city council had increased the amount allocated for abortion assistance.

“This decision shows a severe disregard and exploitation of the unborn that could have serious consequences throughout our community,” he said.

Texas law prohibits the use of taxpayer money to pay for abortions. The money earmarked in the 2021 budget for “abortion access” will be used for transportation to an abortion clinic, a hotel stay during the state-mandated waiting period, or for legal services. It will not be spent on the actual procedure.

Vasquez warned that “abortion increasingly desnsitizes our society to accept these evil acts that destroy human life,” and said that “this decision of the Austin City council will further enable these damaging consequences and cause thousands of tax paying citizens to cooperate in an immoral act without their consent.”

The bishop called the move an “unnecessary action” in the city council’s larger effort to “address the root causes of crime by investing city funds in community safety and wellness programs.” Increasing the money earmarked for abortion assistance “ultimately results in an attack on the most innocent and vulnerable–the unborn.”

Lauren Enriquez, communications manager of the pro-life organization Live Action, told CNA the decision to shift funding priorities was not helpful to the people of Austin.

“It is horrifying that the city officials entrusted with the care of their constituents would take taxpayer money allocated to protecting the innocent and divert it to operations that support killing the innocent,” Enriquez told CNA.

“This is the kind of subversion and corruption that the abortion industry breeds.”

Austin Mayor Steve Adler rejected the idea that the city council had cut $150 million from the police budget, saying instead that he believes they “did something transformative.”

In an interview with local news, Adler said that the departments that had been cut from the police budget, such as a forensics lab, will be handled by an independent, civilian board that works with the district attorney.

Former Democratic presidential candidate Julian Castro, who launched his presidential campaign in front of the Catholic church where he was baptized, praised the funding decision by Austin.

“Glad to see the Austin City Council leading the way to reimagine public safety,” said Castro. “This budget will enhance community safety and improve quality of life, without over-relying on armed police officers.”

Trump administration starts withdrawal from WHO 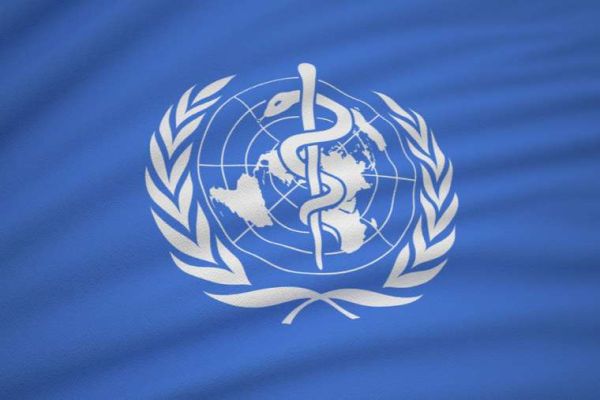 Denver Newsroom, Jul 8, 2020 / 04:01 pm (CNA).- The United States will withdraw from the World Health Organization by July 6, 2021, the Trump administration has told the WHO, launching a yearlong process that will likely require approval from Congress and President Donald Trump’s re-election if it is to come to completion.

While the move would end the hundreds of millions of dollars in federal money to the WHO, withdrawal does not necessarily mean a reduction in overall global health aid, Elyssa Koren, director of United Nations advocacy at ADF International, told CNA July 7.

“Withdrawal from the WHO does not mean that the U.S. has stopped prioritizing humanitarian assistance, in particular COVID-19 relief, but that instead it can channel these funds directly without going through the U.N.,” Koren said.

A draft appropriations bill in Congress would increase overall money for U.S. development spending, and allocate another $10 billion for coronavirus assistance, she added in a July 8 essay in Newsweek.

President Donald Trump said he would withdraw from the WHO in a May 29 Rose Garden media briefing. He charged that the agency failed to alert the world when the novel coronavirus emerged. He accused the U.N. agency of helping China cover up the threat.

The claims of a cover-up have been questioned by experts, including a report from the U.S. Department of Homeland Security.

In April, Trump put a temporary freeze on U.S. funds during a review of U.S. membership. The U.S. had typically given $400 million per year to the organization, whose budget is about $4.8 billion annually.

“Americans are safer when America is engaged in strengthening global health,” Biden said on Twitter July 7. “On my first day as President, I will rejoin the WHO and restore our leadership on the world stage.”

“The President has been clear that the WHO needs to get its act together. That starts with demonstrating significant progress and the ability to prevent, detect, and respond to infectious disease outbreaks with transparency and accountability,” a State Department spokesperson told CNBC July 7.

“The United States will continue efforts to reform the WHO and other international organizations to ensure they operate with transparency, fulfill their mandates, and hold governments accountable for their commitments under international law,” the spokesperson said.

While Koren has backed defunding, rather than disengaging, from the WHO, she characterized the possible end of a U.S. relationship with the WHO as “an important step for the protection of American interests.”

“The U.S. spent $900 million on the organization last year alone, and given significant evidence of WHO dysfunction, it is clear that U.S. funds are better spent elsewhere,” she told CNA.

There are no reports that the Trump administration action is motivated by abortion.

However, Koren, a longtime observer of abortion issues at the U.N., said there is further reason for the U.S. to withdraw given “mounting proof that the WHO is promoting abortion under the guise of coronavirus relief.”

The WHO’s coronavirus pandemic plans for Ecuador includes Minimum Initial Service Packages from the United Nations Population Fund, which include instruments used in the context of abortion: vacuum extractors, craniocrasts for the crushing of fetal skills, and drugs to perform abortions. The equipment comes with manuals from the abortion provider IBIS, which explain how the equipment can be used for abortion.

“The U.S. is prohibited from the funding of abortion abroad, thus rendering the relationship with the organization untenable,” Koren said.

Given recent years’ U.S. leadership on pro-life protections at the United Nations, Koren said that as the U.S. withdraws from the WHO it should “seek avenues to maintain engagement across the U.N. system in the interest of the pro-life cause and other American priorities.” “Continued pressure for reform is needed for the longevity of the international human rights project,” she said.

After the president’s May 29 media briefing, the State Department began redirecting funds away from the WHO, instead giving the funds to other global health organizations, CNBC reports.

The withdrawal has drawn criticism from Congress, including Republicans in the House of Representatives. They have said the U.S. would be able to have a larger impact on the response to the novel coronavirus epidemic as part of the organization.

It is unclear whether Trump has the authority to withdraw unilaterally from the WHO. The draft 2021 foreign aid bill of the U.S. House of Representatives’ Committee on Appropriations would renew $200 million in WHO funding.

Koren, writing in Newsweek, has said the draft bill’s provision to give $55.5 million to the UNFPA would violate the Kemp-Kasten Amendment, which bars U.S. funds for organizations with links to forced abortion.

Some reports have called into question Trump’s claim that the U.N. agency was involved in cover-up. On June 2 the Associated Press reported that while WHO publicly praised China’s response to the new coronavirus, it encountered significant delays in collecting data from the Chinese government. WHO officials were frustrated they did not get the information they needed.

Experts have debated whether WHO should have been more confrontational, or whether that approach would have put it at risk of being kicked out of China.

WHO has agreed to an independent probe of how it handled the global pandemic.

A Department of Homeland Security report dated May 1, acquired by the Associated Press, showed that some U.S. officials believe China covered up the extent of the outbreak and the contagiousness of the new coronavirus in order to stock up on medical supplies.