After issuing a temporary injunction against a Tennessee law that would ban abortion in most circumstances, U.S. District Judge William Campbell blocked on Friday the law from taking effect while it is being challenged in court.

Campbell cited imprecision in the bill’s language as well as the likelihood that portions of it would be found unconstitutional in court as reasons for issuing the additional injunction against it while litigation is ongoing. The Tennessee Senate passed a bill banning abortions on June 19 by a 23-5 party line vote.

The legislation bans abortion after the point at which a fetal heartbeat can be detected – as early as six weeks into pregnancy. The bill also has a provision would automatically enact a ban on abortion at ten different stages of pregnancy, should the heartbeat portion of the bill be struck down in court.

It also banned abortions that were sought on the basis of race, sex, or a diagnosis of Down syndrome.

Those portions of the bill are being challenged by the American Civil Liberties Union (ACLU), its Tennessee affiliate, the Planned Parenthood Federation of America, and the Center for Reproductive Rights, which filed a lawsuit against the bill after it was passed. Governor Bill Lee had signed the bill into law on July 13.

A temporary injunction against the law was instated by Campbell the day the bill was signed into law.

In his memorandum, issued July 24, Campbell said that vague language in the bill raised numerous questions. He wrote that a physician “attempting to comply with the statute must determine what it means to ‘know’ that his or her patient is seeking an abortion ‘because of’ the sex or race of the unborn child, or a diagnostic test indicating Down syndrome…”.

“The lack of precision by the legislative body that approved its language also impermissibly delegates the task of answering these questions to law enforcement officers, prosecutors, and the courts or juries,” he wrote.

Campbell added that in his view, based on precedents set by the Supreme Court and other courts, the plaintiffs have demonstrated “a strong likelihood” that the sections of the bill banning abortion after 6 weeks, or on the basis of sex, race or diagnosis are “unconstitutional.”

“Applying binding Supreme Court precedent and the factors required for the extraordinary remedy of an injunction…the court concludes that an injunction should issue,” Campbell wrote in his memorandum granting the injunction.

A heartbeat-based abortion ban passed the Tennessee House last year but Republican Lt. Gov. Randy McNally did not support it in the Senate.

Similar laws in Mississippi, Ohio, and other states have been struck down in court.

If the law takes effect, a doctor who performs an illegal abortion would face a Class C felony.

According to a local Fox affiliate, the day after the first injunction was issued against the bill, Lee promised to defend the abortion ban, “whatever it takes in court, we will defend it.” 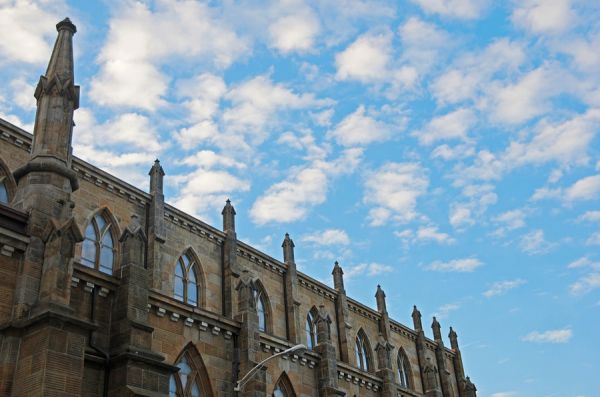