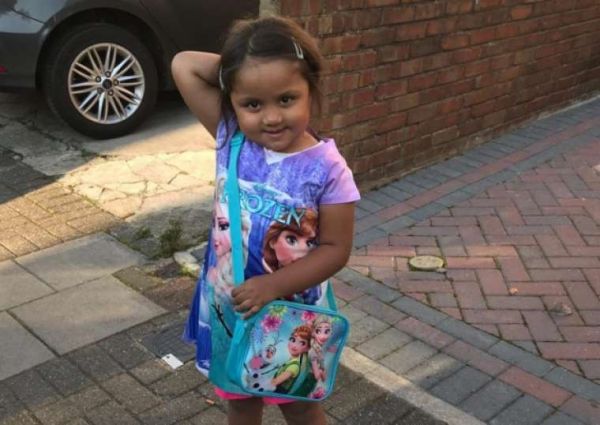 Vatican City, Jan 9, 2020 / 02:35 pm (CNA).- A five-year-old British girl, whose parents won a legal battle to take her to Italy for medical treatment, has been moved out of intensive care, and into a rehabilitative unit for children with incurable illnesses. Her parents say they hope to have more good news about their daughter’s condition in the months to come.

Tafida Raqeeb was transferred to the Galini Children’s Hospital in Genoa from the Royal London Hospital, where she had been since February 2019. The move came after a high-profile court battle in the UK, pitting Raqeeb’s parents against British physicians caring for their daughter.

Raqeeb has been in a coma since Feb. 9, 2019, after she suffered an arteriovenous malformation which resulted in a burst blood vessel in her brain.

In September 2019, Doctors at Royal London Hospital, where Raqeeb was comatose and on life support had asked a court’s permission to end Raqeeb’s life-sustaining treatment, arguing that continuing her life was not in the girl’s best interest.

The court instead allowed Raqeeb to travel abroad for medical treatment. Her parents, Muhhamed Raqeeb and Shalina Begum, had previously been barred from taking her abroad for treatment.

Doctors at Gaslini Hospital in Genoa, where Raqeeb arrived Oct. 15, said that Raqeeb was moved out of intensive care and into the residential pediatric hospice unit Dec. 24.

The chief physician of Gaslini’s pediatric intensive care unit said in a press conference Jan. 8 that Raqeeb has been stabilized and is now able to be off the ventilator for a half hour or hour at a time, according to Sky TG24.

Doctors have carried out other procedures to help stabilize Raqeeb, Dr. Andrea Moscatelli said  “but it is extremely difficult to understand her degree of participation in the environment. When in doubt, we must always behave as if participation were greater than what we are able to perceive.”

Doctors now aim to lengthen the amount of time Raqeeb can breathe independently, and hope that eventually she might be able to be cared for by her family at home, he said.

Moscatelli explained that with neurological damage such as Raqeeb’s, “the prognosis is practically impossible. We will know over time. We are trying to give this little girl time to understand if there’ll be a potential improvement, and much of that potential improvement is yet to be understood,” according to The Sun.

In a press conference Jan. 8, Raqeeb’s mother, Shelina Begum, spoke positively about the treatment her daughter is receiving at Gaslini Hospital. She said she did not want to go into details to respect her daughter’s privacy, but “in the next few months we should be able to give you some more good news on her improvement.”

The Order of Malta: Serving in a time of crisis

Do not act with tyranny towards God’s creation, Pope Francis says

Vatican City, Sep 1, 2019 / 12:00 pm (CNA).- In a message for Sunday’s World Day of Prayer for Care of Creation, Pope Francis encouraged Catholics to make simple changes to their lives so that God’s creation is treated with respect.