“Since I took office, one of my top priorities has been conducting a thorough, exhaustive review of allegations of abuse by clergy members in the Roman Catholic Church. Today, as a result of that review, we are announcing that we will refer 12 cases of alleged abuse to local prosecutors for further investigation and possible prosecution – more referrals than any other state attorney general,” Schmitt, who is a Republican and a Catholic, said Sept. 13.

He added that his office will assist any local prosecutors who want to pursue charges.

“Additionally, we’ve provided concrete recommendations to the Catholic Church moving forward,” he added. He noted that his “suggestions for reform” are “aggressive and substantive.”

The attorney general’s office made five recommendations in its report, the first of which was that “the Church should assume greater responsibility and oversight over all religious order priests and priests visiting or relating from other dioceses to subject them to the same procedures and oversight with regard to youth protection and clergy abuse as if they were diocesan priests.”

The report said that dioceses have less oversight over religious priests than their secular counterparts, and stated: “this arrangement has prevented the AGO from conducting a complete review of religious order priests working in Missouri. The AGO has had to rely on the scant diocesan records provided to it regarding these priests, along with information gathered from victims presenting evidence relating thereto.”

“Before granting faculties to a religious order priest or a priest from another diocese, the IRB should complete a meaningful and thorough review of the prospective priest’s records, rather than simply accepting a simple attestation from another bishop or provincial,” the office said.

It also recommended that each diocese ensure its “Independent Review Board is composed entirely of lay people and its determinations of credibility and sanctions will be given authoritative weight with respect to the ability of an offending priest to minister in its diocese.”

The third recommendation was that dioceses review all claims of abuse from before the 2002 adoption of the Charter for the Protection of Children and Young People, subjecting them to the Charter’s standards.

The office said that when the review boards have found credible allegations against priests, this “should be publicly disclosed without delay.” It stated that an offending priest’s age and health should not be considered a reason to forgo dismissal from the clerical state, and that dioceses “should advocate for reforms of the laicization process so that it may be completed within one year after the IRB makes its decision,” or that “discussions of reform within the church should include proposals for expediting the process of laicizing priests after the completion of a diocesan review of misconduct and the establishment of a complete corroborating factual record.”

Finally, the attorney general’s office recommended that “a robust program on notification and supervision of priests removed from public ministry or from the clerical state should be undertaken.”

The report said it recommendations would “strengthen oversight and protect victims from future abuse.”

The Archdiocese of St. Louis said that it is “taking the Attorney General’s recommendations to the Catholic Church into careful consideration and will continue to evaluate and enhance our safe environment programs for the safety of all of our families.”

Bishop W. Shawn McKnight of Jefferson City commented that “it is my sincere hope the report assists the Catholic Church in Missouri in achieving our goals of accountability and transparency, while respecting the legal standards for privacy of all affected by the report.”

“I will take into consideration the recommendations from the report on how we can improve our efforts to keep our children safe and in healthy environments,” he added.

His office reviewed the personnel records of priests serving in the state’s four dioceses dating back to 1945, and spoke to abuse victims or their families who contacted the office.

The investigation found credible allegations of 163 instances of sexual abuse or misconduct by diocesan clerics against minors. The offenses range from boundary violations, such as inappropriate discussion or correspondence, to forcible rape.

The instances of misconduct “overwhelmingly” occurred before 2002, the report notes, and since that year the dioceses in Missouri “have implemented a series of reforms that have improved their response to, and reporting of, abuse.”

It added, however, “that since 2002, the church has, on occasion, failed to meet even its own internal procedures on abuse reporting andreporting to law enforcement,” citing Bishop Robert Finn’s failure for five months to report possession of child pornography by one of his priests. Finn resigned from office in 2015.

The report said that since 2002 “the church has generally taken a much more pastoral approach to engaging with victims and has, in most instances, promptly reported suspected abuse.”

The attorney general’s office identified what it called “certain internal and systematic failures of the dioceses,” saying first that “there is no independent oversight of a bishop’s day-to-day implementation of church protocols. Bishops report to no one below the Pope in the hierarchy of the church and, while uncoordinated and sometimes overlapping networks of associations and working groups exist throughout the states, regions and country, there is simply no single source of outside oversight over each bishop and no means by which best practices are effectively implemented.” 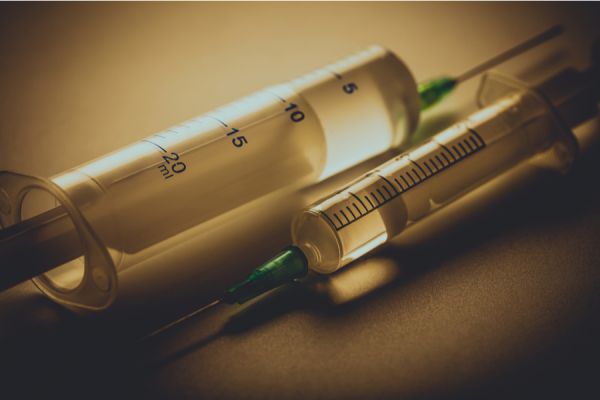