Forgiveness in the face of murderous violence is a radical act that remains as shocking and controversial today as it was when a Second Temple-era Palestinian prophet commanded his disciples to love and to pray for those who persecuted them and ended his mortal life praying for divine forgiveness for his own executioners.

Even the jaded American media seemed stunned by the swiftness and authenticity of the response of the Amish community to the 2006 school shooting at Nickel Mines in Lancaster County, Pennsylvania, which included attending the killer’s funeral and setting up a charitable fund for his family. 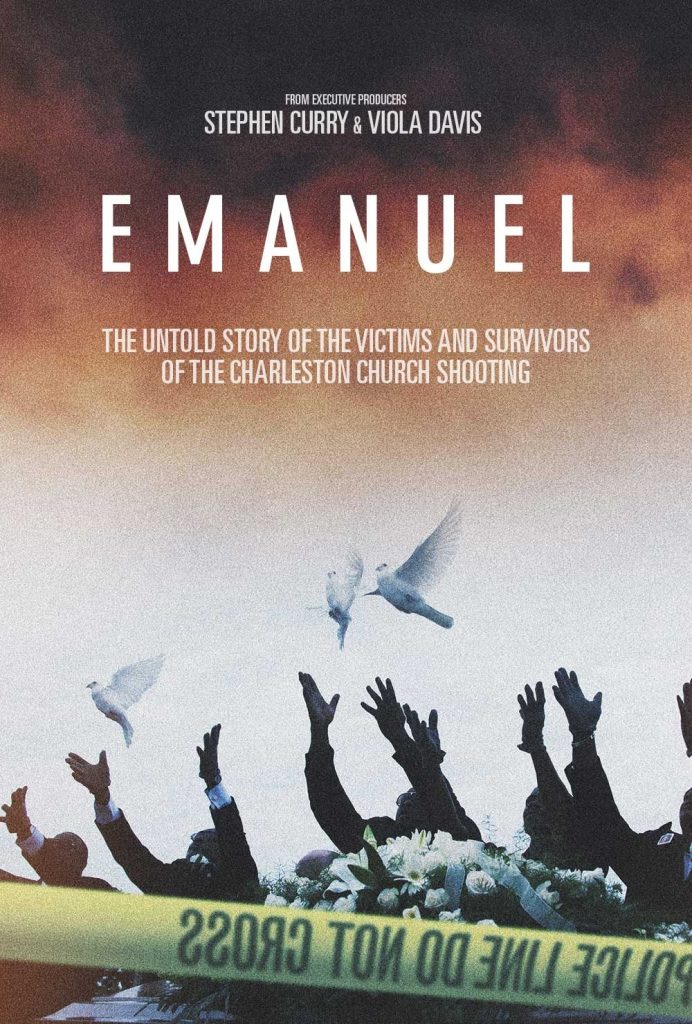 “The Copts of Egypt…are made of…steel!” was the stammering response of perhaps Egypt’s most prominent talk-show host as he struggled to respond to a widow’s forgiveness in the wake of the 2017 Palm Sunday suicide church bombings. “How great is this forgiveness you have! If it were my father, I could never say this. But this is their faith and religious conviction.”

Such complete and immediate forgiveness is especially controversial when there is no remorse from the killer. What does it mean, some wonder, to forgive someone who fully intended the terror and pain they caused and was never sorry? Doesn’t justice warrant righteous anger, even hatred of a murderer?

When violence is part of a larger pattern of oppression, too, forgiveness can strike some as perpetuating injustice rather than confronting it.

These are misunderstandings of principles that aren’t hard to clarify in theory, but can be difficult to apply in concrete situations.

Brian Ivie’s powerful documentary Emanuel—produced by Viola Davis and NBA All-Star Stephen Curry, both Christians—captures the surprise of forgiveness. But it also grapples with the history of racism and white supremacy to which Charleston’s Emanuel African Methodist Episcopal Church—founded decades before the Civil War—has been witness, and which the white supremacist Dylann Roof took on his shoulders when he murdered nine African Americans in the AME church basement in the hope of starting a race war.

While the heart of Emanuel is the portrait of the survivors and family members, Ivie provides context and commentary with a blend of talking-head interviews with local journalists, officials, clergy, and others, deftly edited with archival footage, atmospheric location shooting, and brief historical reenactment.

A major port city, Charleston was an important hub of the slave trade, and, as the location of Fort Sumter, a kind of epicenter for the Confederacy and the Civil War. South Carolina was the first state to secede from the United States.

Founded in 1816, Emanuel is the oldest AME church in the South, and has long been called “Mother Emanuel.” From the start it was a spiritual home for Charleston’s slaves and free blacks, but city authorities shuttered the church just six years after its founding when co-founder Denmark Vesey was convicted of planning a slave rebellion.

The church’s members continued meeting in secret until after the Civil War, when black churches proliferated throughout the South, offering dignity, community, and a voice for justice and advocacy for black Americans. This made black churches targets for white violence, especially arson and bombings.

According to AME pastor Joseph Darby, Charleston has not altogether moved beyond this history. In a preacher’s turn of phrase, he labels the city “Confederate Disneyland,” charging that Charleston celebrates its antebellum heritage to cater to white tourists who “want to see what it was like, to have a mint julep or an iced tea and have somebody black call them ‘sir’ or ‘ma’am.’”

Ivie builds up a composite portrait of the events of June 17, 2015 from the perspective of those inside the church, public officials mobilizing in response to 911 calls, and family members and others getting phone calls and rushing to the scene. The narrative continues with the arrest and interrogation of Roof and the exploration of his motives, from the Trayvon Martin case to his online radicalization and identification with the Confederacy and white supremacy.

The climax of the film comes as the survivors and family members address Roof directly with words of forgiveness, urging him to repent and turn to Christ. A number of them describe these words as having come through them, as if they were overcome by grace.

Others feel unable to forgive or even resent the immediacy with which others forgave Roof. A Black Lives Matter activist groans that forgiveness is a “nail in the coffin” for their agenda.

But the film makes a compelling case for the Christian ethic of forgiveness, which liberates the one forgiving from the poison of bitterness and hatred. In this case it may also have helped to prevent civil unrest and bring black and white Charlestonians together.

How meaningful is this? One concrete outcome of the aftermath of the shooting was the removal of the Confederate battle flag from the South Carolina State House in Columbia. Shortly after a number of retailers announced plans to stop selling the Confederate flag or products featuring the flag.

Forgiveness doesn’t mean letting the guilty off easy or dismissing the evil they do. Perhaps the film’s striking moment comes in the very end, as a survivor describes confronting Roof with bloodstained pages of her Bible—and, in another one of those moments of inspiration, talks to him about the blood of Jesus.

Forgiveness, for Christian viewers, is a unifying theme. But Emanuel also pushes back on the tendency of white Americans to see Dylann Roof purely as an isolated anomaly rather than a symptom of any kind of larger problem.

Certainly the kind of card-carrying, violent racial hatred embodied by Roof, or displayed at the 2017 Unite the Right rally in Charlottesville, Virginia, is a fringe phenomenon, easily identified and easily disowned by the majority.

But racism comes in many forms, as Pope John Paul II reminded American Catholics 20 years ago when he spoke in St. Louis of a “great challenge” facing “the whole country” in the third millennium, namely, “to put an end to every form of racism,” which, echoing the US bishops, he called “one of the most persistent and destructive evils of the nation.”

In the wake of Charlottesville, Philadelphia’s Archbishop Charles Chaput called racism “the ugly, original sin of our country, an illness that has never fully healed.”

From a Catholic perspective, racism is not merely a moral issue, but a theological one—a form of heresy. That’s because the gospel proclaims that God sent Jesus to restore the unity of divided humanity, to take away every barrier of hostility, not only separating God and man, but also dividing human beings from one another, into us and them.

In Christ, St. Paul tells us repeatedly, there is neither Jew nor Gentile, but also neither slave nor free, male nor female, etc. We can of course add: neither black nor white, neither Asian nor Indian nor Hispanic or Latino, neither rich nor poor, neither educated nor uneducated, neither citizen nor immigrant.

“If we want a different kind of country in the future,” Archbishop Chaput stated, “we need to start today with a conversion in our own hearts, and an insistence on the same in others.”

Watching video of Roof’s arrest, a family member calls out something I might not have noticed: the arresting officers approach Roof’s car from behind with guns drawn—but the first holsters his gun before approaching the driver side window. The other holsters his gun moments later.

This is a mass murderer who two days earlier had shot nine people to death. Would a black suspect who had killed nine white churchgoers have been taken so nonchalantly? Emanuel reminds us that only two months earlier that Walter Scott, a black man, was killed in North Charleston by a hail of bullets from behind while fleeing a white officer.

Forgiveness is a radical act. So is speaking against injustices suffered by minorities but easily overlooked by the majority. Emanuel challenges viewers to recognize the importance of both.

About Steven D. Greydanus 37 Articles
Steven D. Greydanus is a member of the New York Film Critics Circle, a permanent deacon in the Catholic Archdiocese of Newark, and the founder of DecentFilms.com. He has degrees in media arts and religious studies. He and his wife Suzanne have seven children.