Alison Centofante, Live Action's director of external affairs, posted a screenshot June 11 of an email from Pinterest informing Live Action that their account was “permanently suspended because its content went against our policies on misinformation.” 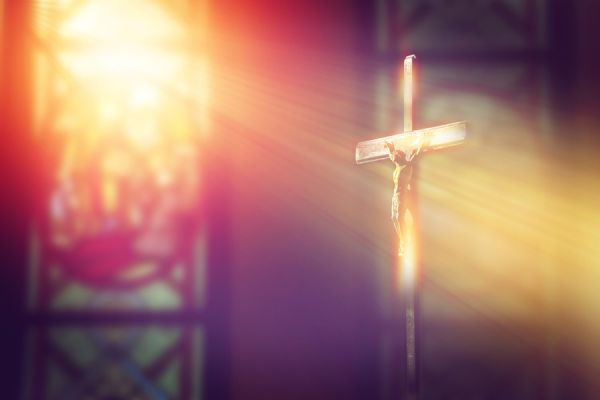 Denver Newsroom, Aug 20, 2020 / 12:25 am (CNA).- For more than 170 years, Catholics in Pittsburgh have observed a day of thanksgiving for their parish’s deliverance from a Cholera pandemic that killed hundreds of local people in the mid-1800s.

The annual Cholera Day Mass is held each year in August, fulfilling a promise from a prior generation of parishioners.

When Cholera hit Pennsylvania in the summer of 1849, more than 1,000 people in Pittsburgh alone died from the disease. Saint Michael’s Catholic Parish was hit hard – the parish was nearly wiped out by the epidemic.

An Italian priest at the parish then invoked the Blessed Mother and St. Roch, a 14th-century saint who dedicated his life to the care of diseased people in Italy. The priest asked for their intercession for the parish’s safety and promised to observe a day of gratitude each year in remembrance.

When another Cholera outbreak hit the city in 1853, not a single person from Saint Michael’s parish got sick or died. That year, the first bishop of Pittsburgh, Bishop Michael O’Connor, formally authorized the celebration. Pope Leo XIII later sent a relic of St. Roch in recognition of the holy day.

“The people at St. Michael’s Parish, they prayed to Saint Roch because he had saved people from a similar place [in the past],” said Donna Gillespie, office manager for the South Side/Mt. Washington Parish Community.

“So they prayed to him and they vowed … that they would keep holy a day,” she continued. “They have for the last 171 years.”

The celebratory anniversary is today held by South Side/Mt. Washington Parish Community – a collection of consolidated parishes in Pittsburgh including Prince of Peace and St. Mary of the Mount.

Each year, the parish holds three Masses, each with a different focus. One Mass is dedicated to St. Roch, another is in remembrance of the victims of the Cholera pandemic, and the last one is in honor of the Blessed Mother, since the Masses are usually held within the octave of the Assumption.

This year, the occasion took on an additional special intention – healing and deliverance from the coronavirus pandemic. So far this year, Allegheny County has had over 9,500 cases of coronavirus and 291 deaths, according to the New York Times.

“This year was special because we tied it in with the pandemic. Our petitions were mentioned [for the] past and future people that die,” said Joseph Drzazynski, one of the organizers behind the event.

“We had a novena this year, nine days to St. Roch, and it was a prayer that we said for the people that died by themselves. We were trying to bring it into what’s going on today – praying for the [COVID-19 victims], the nurses, and the doctors,” he told CNA.

The Masses this year were held on August 15 and 16. Around 80 people attended the Mass in-person on Sunday, which was also streamed online. Attendees practiced social distancing and wore masks.

The occasion normally includes a celebration and dinner, but due to the current pandemic, the parish instead offered a Zoom meeting explaining the history of the holy day.

Personal devotion among the families in the parish has also continued. One local family saw their child cured after praying to St. Roch decades ago.

“The mother had an infant son who was very sick and she prayed to Saint Roch and promised him, if he would spare her son, then she would also keep holy a day to honor Saint Roch,” said Gillespie.

“The family has been doing that for the last 83 years, and the gentleman lived to be in his nineties before he died this year.” CNA Staff, Jun 27, 2020 / 09:36 pm (CNA).- Fr. Stephen Schumacher, a priest of the Archdiocese of St. Louis, was among the defenders of a prominent statue of the city’s namesake as protesters called for its removal Saturday.

Fr. Schumacher, whose priestly ordination was in May 2019, addressed a shouting mob, attempting to inform them about St. Louis’ life, saying, “St. Louis was a man who willed to use his kingship to do good for his people.”

Moji Sidiqi of the Regional Muslim Action Network, another organizer of the protest,  said: “It’s a revolution. It’s time for change … right now, our number one mission is to take this thing down and sit down with people who want to see positive change take place and continue to heal our country.”

Sidiqi added that she thought the city should be renamed.

The statue, Apotheosis of St. Louis, sits in the city’s Forest Park in front of the Saint Louis Art Museum. It was erected in 1906 and depicts Louis IX of France, for whom the city is named.

According to the St. Louis Post-Dispatch, some 200 people were at the protest.

Numerous statues of historic figures have been pulled down in recent weeks amid ongoing protests and riots throughout the country. While some protests have torn down the statues of Confederate figures as part of a call to end systemic racism, other statues have also been torn down from prominent locations, including one of George Washington.

Several statues of St. Junipero Serra have been pulled down or protested against.

In a June 23 letter, Bishop Donald Hying of Madison wrote that “If we allow the commemorative and visual history of our nation to be destroyed by random groups in the current moment of anger, how will we ever learn from that history? Does toppling and vandalizing a statue of George Washington because he owned slaves, really serve our country and our collective memory?”

“The secular iconoclasm of the current moment will not bring reconciliation, peace, and healing. Such violence will only perpetuate the prejudice and hatred it ostensibly seeks to end…Only the love of Christ can heal a wounded heart, not a vandalized piece of metal,” the bishop added.