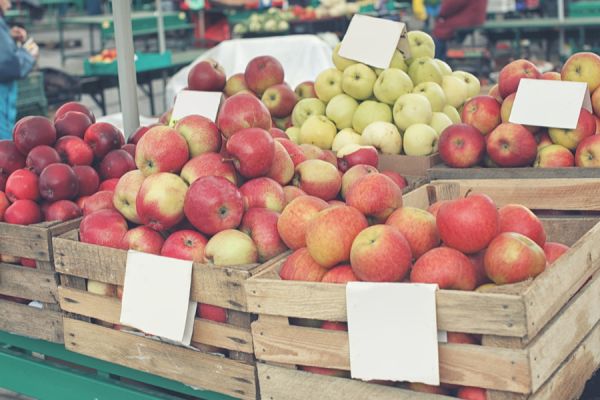 Lansing, Mich., Apr 12, 2019 / 03:30 pm (CNA).- A farmer is suing the city of East Lansing, Michigan, after he was prohibited from selling organic apples at the city’s farmer’s market in what he claims is discrimination against his religious beliefs.

The U.S. District Court for the Western District of Michigan, Southern Division, will hear a summary judgment hearing for the case Country Mill Farms v. City of East Lansing on Friday, April 12.

Steve Tennes, the owner of Country Mill Farms in Charlotte, Michigan, had sold apples at the East Lansing’s farmer’s market without incident from 2010 until midway through the 2016 season. In August of that year, someone posted on the farm’s Facebook page, inquiring if they would host a same-sex wedding. Tennes, a Catholic, said that he would not, due to his religious beliefs.

In response to this Facebook posting, Tennes was initially blocked from attending future farmer’s markets due to concerns about protests. Afterwards, the East Lansing city manager introduced a new civil rights ordinance that would bar any vendor who engaged in any discriminatory practices from selling at the farmer’s market.

The Facebook description on the Country Mill Farm’s page says “Our family farm seeks to glorify God by facilitating ‘family fun on the farm’ and feeding families.” In addition to apples, the farm also grows peaches, blueberries, and pumpkins, and has a winery.

Country Mill Farms was rejected from the 2017 farmer’s market due to this ordinance, the East Lansing mayor explained at the time, saying that the city rules applied to Tennes, even though the farm is located 22 miles away from East Lansing.

Later in 2017, a judge granted a temporary order that allowed Tennes and Country Mill Farms to return to the farmer’s market for the rest of the 2017 season. In the order, the U.S. District Court for the Western District of Michigan, Southern Division, wrote “On the evidence before this Court, the City amended its Vendor Guidelines and then used the changes to deny Country Mill’s vendor application.”

This court found that there was a “substantial likelihood” that Country Mill could claim to have been discriminated against due to their religious beliefs and past speech. Following the court order, East Lansing also granted Tennes a vendor license for 2018. The 2019 farmer’s market begins in June.

Country Mill Farms briefly stopped hosting weddings in response to the backlash, but has since resumed.

Tennes is being represented by the Alliance Defending Freedom, a law firm that describes itself as “an alliance-building, non-profit legal organization that advocates for the right of people to freely live out their faith.”

Denver Newsroom, Oct 29, 2020 / 03:41 am (CNA).- After decades of helping place children overseas with adoptive families in the United States, Catholic Charities of Baltimore has ended its international adoption program.