Vatican City, Mar 28, 2019 / 12:39 pm (CNA).- Cardinal Robert Sarah defended papal primacy and priestly celibacy, and called for unity among Catholics in the face of Church scandals and the moral crisis in the Western world during an interview published March 27.

“Today everything is dark, difficult, but whatever the difficulties we are going through, there is only one person who can come to our rescue,” Sarah said in a lengthy interview with the secular French weekly Valeurs actuelles. 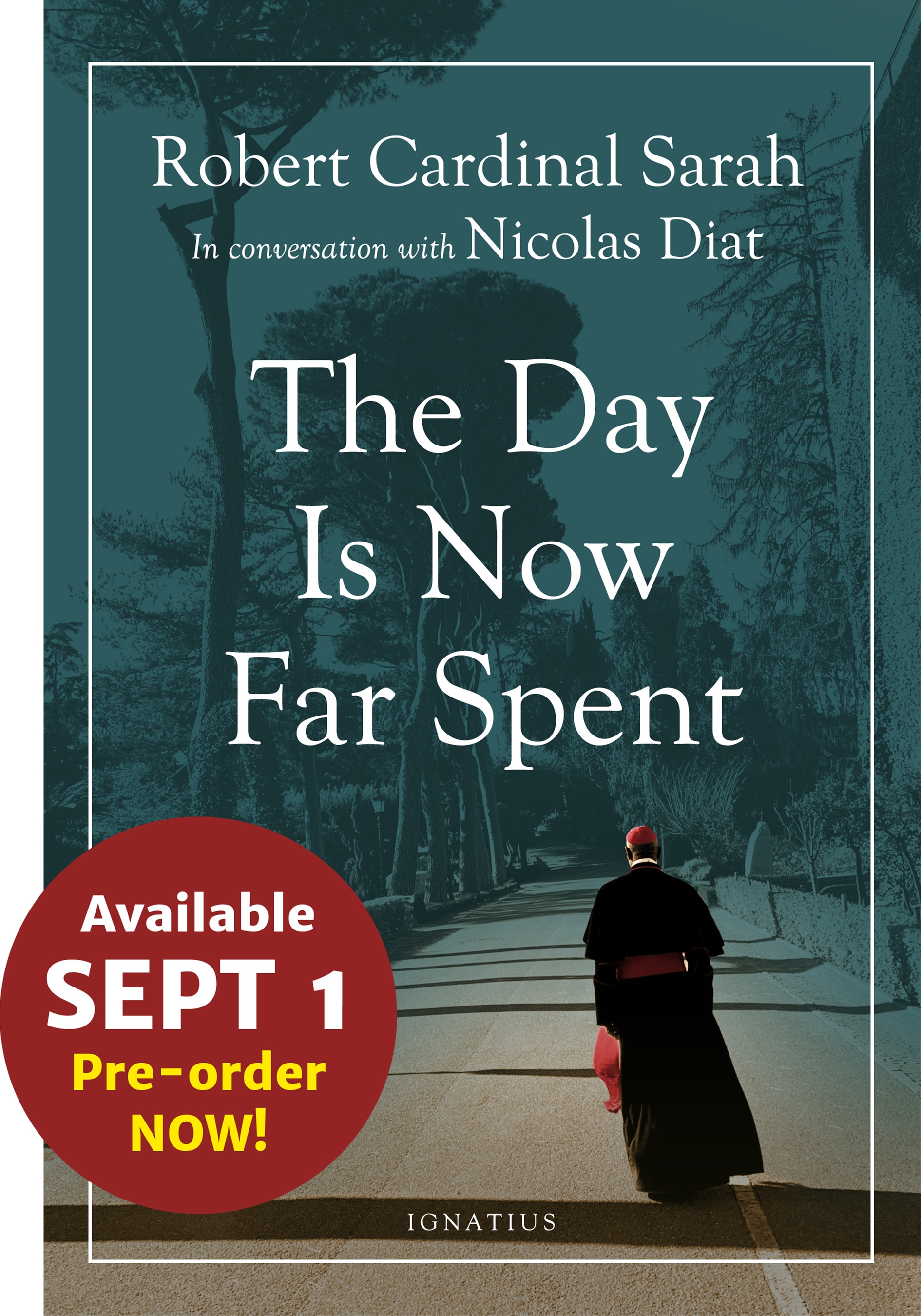 “It is the resurrection of the Son of God that gives hope in the darkness,” he said.

Sarah, Prefect for the Congregation for Divine Worship, emphasized that the Church’s “great divine mission” is to “bring men to Christ, who is our Hope.”

The cardinal, originally from Guinea, has written a new book with Nicolas Diat on the “profound spiritual, moral, and political crisis in the contemporary world” published in French, titled “Evening Approaches and the Day is Now Far Spent.”

[CWR editorial note: The English edition, titled The Day Is Now Far Spent, will be available from Ignatius Press in September.]

The title of the book is taken from a line in Luke’s Gospel, in which the resurrected Christ meets his disciples on the road to Emmaus: “Stay with us, Lord, evening approaches and the day is now far spent.”

While articulating the moral confusion that plagues Western societies, the cardinal also pointed to God’s providence in providing popes to lead the Church in difficult times.

“God saw that the world was sinking into a fatal confusion …To prepare ourselves for this situation, God has given us solid popes,” Sarah explained. He then listed the particular gifts that the four most recent popes gave to the Church and the world.

God “gave us Paul VI, who defended the life and true love, despite very strong opposition, with the encyclical Humanae vitae,” he said.

God gave us John Paul II, whose life itself “was a living Gospel,” and taught that the union of faith and reason together is “a light that guides the world towards a true vision of man,” he said. While Benedict XVI  gifted the world by teaching with “unparalleled clarity, depth and precision.”

“Today, He gives us Francis, who literally wants to save Christian humanism,” Sarah explained, adding, “God never abandons His Church.”

Sarah said that “we must rediscover this primary responsibility of the pope and each bishop.”

The cardinal warned that contradictions between different bishops’ conferences on moral teachings do not serve Catholic unity and faith. “An episcopal conference has no legal authority or competence in the field of doctrine,” he said.

The great bishops of history, Ambrose and Augustine, did not spend their time in meetings, commissions, and constant travel, he said. “The bishop must be with his people, teach his people, love his people.”

“True reform is about our own conversion. If we do not change ourselves, all structural reforms will be useless. Lay people, priests, cardinals, we must all return to God,” Sarah said.

He highlighted the lives of St. Francis and Mother Teresa, now St. Teresa of Calcutta, as exemplars of reform, who “transformed the Church by living the Gospel radically.”

Sarah said that the primary responsibility for the collapse of faith in the West “must be assumed by the priests.” He pointed to decades when, he said, confessionals were empty, liturgy desacralized, and doctrine was not taught in Catholic universities and seminaries.

“Clearly, there is a strong majority of priests who remain faithful to their mission of teaching, sanctification and government. But there is also a small number that yields to the morbid and villainous temptation to align the Church with the values ​​of today’s Western societies,” Sarah said.

“They want above all to say that the Church is open, welcoming, attentive, modern. But the Church is not made to listen, she is made to teach: she is Mater and magistra, mother and educator,” he added.

Cardinal Sarah defended celibacy in the priesthood, calling it one of the “greatest riches of the Church.”

“The abandonment of celibacy would further aggravate the crisis of the Church and lessen the position of the priest, who is called to be not only another Christ, but Christ himself, poor, humble and single,” he said.

The cardinal also emphasized the importance of a united community in facing the challenges of the secularized world, which often opposes “the road of Christ.”

“In Hemingway’s novel ‘The Old Man and the Sea,’ we see the hero attempting to tow a large fish he has fished to the port. But he can not hoist him alone out of the water; by the time it arrives at the port, the sharks have devoured the fish,” he explained.

“Today, if you are alone, there are many sharks that will devour your faith, your Christian values, your hope. Jesus created a community of twelve apostles and when it was necessary to send them on mission, he sent them two by two,” he continued.

“From now on, to defend our belief, to be solid, we must support each other in faith, walk as a united community around Christ,” he said.

Christ the King, Exalted by the Cross

The Modern Malaise and the End of the World