“I think my pro-life beliefs fit in perfectly with standing up for the little guy, the little girl, those who are most vulnerable among us. I think that fits in with the Democratic Party,” Lipinski told CNA March 1.

The pro-abortion rights groups EMILY’s List, NARAL Pro-Choice America and Planned Parenthood have backed Lipinski’s primary challenger, Emily Newman, who has been endorsed by several other Democratic members of Congress ahead of the March 20 primary election in a heavily Democratic Chicago-area district. The LGBT activist group Human Rights Campaign has also backed Newman.

Some Democrats say NARAL’s activism is a reason Lipinski has not yet been endorsed by the Democratic Congressional Campaign Committee, which is in charge of helping Democratic congressional candidates.

NARAL’s chief financial officer, Steven Kravitz, is treasurer of an anti-Lipinski political action committee, Citizens for a Better Illinois, which in the last month has spent over $400,000 to oppose Lipinski, Politico reports.

Newman’s camp had its own explanation.

Lipinski, however, defended his party affiliation.

“I’m a Democrat because I think there are times when the government needs to stand up for those who are defenseless, those who need help,” Lipinski said, citing the needs of senior citizens on Medicare or Social Security.

Kristen Day, executive director of Democrats for Life of America, said the congressman’s opponents within the party had engaged in a “misinformation campaign” trying to link him to conservative causes.

“When you look at his record, he’s not a conservative,” Day told CNA. “He’s been representing his district and the Democrats in his district quite well. Labor, education, environment—he has a 90-something percent lifetime record in those areas.”

“The traditional Democratic Party supported labor, supported education, supported working families,” she said. “Now I think the abortion lobby is trying to reinvent what it means to be a Democrat.”

Day stressed the importance of Lipinski’s role as co-chair of the bipartisan Congressional Pro-Life Caucus.

“He’s been a huge voice for the 21 million pro-life Democrats who see him as our leader,” Day said. “He’s the one we can count on. He’s fighting there for us in Congress in trying to push the Democratic Party to be more understanding and supportive of our point of view.”

“His voice there is hugely important in making sure the life issue continues to be bipartisan,” she said, warning that the elimination of pro-life Democrats in Congress would harm the pro-life movement as a whole.

In the wake of claims Planned Parenthood violated laws against selling fetal tissue for profit, in 2015 Lipinski voted to defund the organization and transfer its funding to over 13,500 other health clinics–legislation which failed to pass the Senate. He co-sponsored a bill to add the criminal penalty of murder to the Born Alive Infants Protection Act.

In 2010, he was one of the few Democrats to vote against the Affordable Health Care Act, popularly known as Obamacare, and later backed legislation intended to address concerns about abortion funding and religious freedom violations enabled by the initial legislation and President Barack Obama’s related executive order.

Lipinski attributed his primary challenge to an effort among some Democratic Party activists to create a “Tea Party of the Left.”

“They want to have a party that is pure as they define that, and so I think that’s a big reason for that (primary challenge) right now,” he said, warning that efforts to narrow the party would harm its prospects for electoral success.

“Democrats need to be a ‘big tent’ party,” he said.

“I think it’s terrible for the party at this time when we’ve lost over 1,000 seats nationwide since 2010. At the 2014 election, Democrats in the House were at our lowest point since the Great Depression when Herbert Hoover was president. We’ve come up a little bit since then but we still have a big deficit to make up.”

Day also thought campaigns against pro-life Democratic officeholders would harm the political prospects of Democrats, about 30 percent of whom self-describe as pro-life.

“I really believe the Democratic Party is listening to the wrong people right now.  Abortion on demand, taxpayer funding, pushing pro-lifers out of the party is not going to be a strategy that’s going to help us build,” she said. “This doesn’t feel like a good long-term strategy to be not backing a loyal Democrat.”

Lipinski said that pro-life Democrats who stand for election face a tough fight.

“The issue is more on the outside than inside the party,” he said. “There are activist groups who have a lot of influence in Democratic primaries who are on the other side. They want to defeat pro-life Democrats in primaries. That makes it much more difficult.”

Day said abortion backers will find their own candidates to run against pro-lifers.

“The abortion lobby has a history of targeting pro-life Democrats,” she said. In her view, the massive expenditures in a safe Democratic district “shows that the abortion lobby cares more bout their own issue than the health of the party.”

According to the Chicago Sun-Times, as of Dec. 31 Newman had about $236,000 cash on-hand, while Lipinski had $1.6 million. His internal polling numbers put him ahead about 30 points, the Washington Examiner reports.

As for Democrats for Life of America, the group will be holding their annual conference in Denver July 20-22 on the theme “We Want our Party Back”

“We’re the party that’s supposed to protect those who need assistance, including pregnant women who don’t want to have abortions but feel that it’s their only choice,” Day said. “We want to be representing what we’re historically representing.” 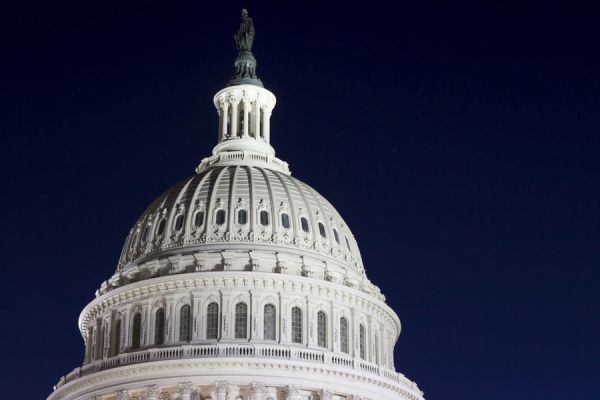 Des Moines, Iowa, May 4, 2018 / 03:56 pm (CNA/EWTN News).- Iowa Gov. Kim Reynolds (R) on Friday afternoon signed into law the Fetal Heartbeat Bill, which prohibits doctors from performing an abortion after the detection of the baby’s heartbeat.