“The world has proclaimed freedom, especially of late, but what do we see in this freedom of theirs: only slavery and suicide!” – The Brothers Karamazov

On the one hand, tech companies no more scrupulous or responsible than the Tyrell Corporation of the Blade Runner mythos are taking it upon themselves to blithely remake the human experience yet again via artificial wombs, designer babies, and virtual reality. On the other, 2016 saw the meltdown of the conservative establishment: love President Trump or hate him, the ease with which he steamrolled his establishment-supported opponents during the GOP primaries means something must be wrong with the system, and makes it logically impossible for any serious person, regardless of convictions, to defend the old Republican Party status quo. So those committed to conserving what remains of man’s inheritance must cast about for fresh perspectives. And as iconic conservative philosopher Roger Scruton notes, any such effort at renewal must begin with “the deep insight that Burke, Maistre, and Hegel all share, which is that the destiny of political order and the destiny of the family are connected.” 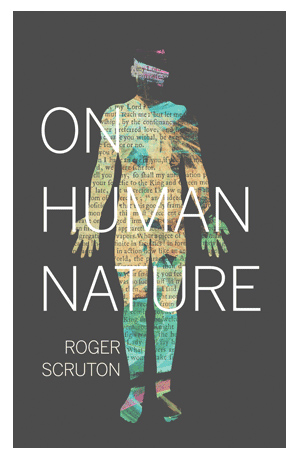 It is Scruton’s invocation of unambiguously right-wing thinkers such as Burke and Maistre which prevents us from mistaking his remarks for the half-hearted “family values” rhetoric so frequently bandied about in politics. If the revolutionary left’s overarching aim has always been to liberate the individual from the restraints of authority and tradition, the right’s project has been to defend and nurture those particular, concrete contexts—neighborhood and nation as well as family—without which personality dissolves into a pandemonium of mass-media, consumerism and sloganeering. To be sure, even conservative discourse today largely revolves around individuals and their rights. Even pro-life rallies sometimes devote less attention than one might expect to abortion’s most distinctively perverse dimension, for a mother’s decision to betray her own child to executioners is not a horror which can be expressed in egalitarian language.

Yet all this only shows how effective liberalism has been at controlling debate and purging traditional reverence for hearth, homeland, and kinship from public policy conversations. Scruton sums up the situation well:

Our academic political philosophy has its roots in the Enlightenment, in the conception of citizenship that emerged with the social contract, and in the desire to replace inherited authority with popular choice as the principle of political legitimacy. Not surprisingly it has had little time for piety, which – if acknowledged at all – is confined to the private sphere […] it would be fair to say, I think, that the main task of political conservatism, as represented by Burke, Maistre, and Hegel, was to put obligations of piety back where they belong, at the center of the picture. And they were right to undertake this task.

Man is only a rational animal, then, insofar as he is a worshipping animal. With sentiments such as this the author politely but firmly sets himself outside the pale of mainstream discourse, insofar as he rejects the claim that Pax Americana’s social contract represents an unqualified improvement over l’ancien regime: “One thing that is unacceptable in the political philosophies that compete for our endorsement today is their failure to recognize that most of what we are and owe has been acquired without our own consent to it.”

Another profound flaw in the liberal system, notes Scruton, is the ever-present temptation to turn away from what we really are and owe and toward a hazy, sacrifice-free dreamworld of virtue-signaling:

The point was made vividly by Dickens, in the character of Mrs. Jellyby in Bleak House, whose self-congratulatory posture as a do-gooder, dedicated to improving the situation of the natives of Borrioboola-Gha, coexisted with her neglect of all those who directly depended on her and for whom she was responsible – her children in particular. Nor did the actual consequences of Mrs. Jellyby’s actions provide any vindication of them, since the despot of Borrioboola-Gha merely kidnapped her volunteers and sold them into slavery.

I would only add that in its most degenerate form, liberal universalism produces figures even more distasteful than Mrs. Jellyby, as ideological correctness vis-à-vis women and minorities serves to cover a multitude of sins toward actual, flesh-and-blood persons.

In any event, Mrs. Jellyby’s extravagant solicitude for strangers and neglect for those close to her is very nearly the ideal today, and according to Scruton a misreading of the Good Samaritan parable is partly to blame. Nowadays, those reading the story automatically assume

that Christ was telling us to ignore distinctions of ethnicity and faith and to do good to others in an impartial and universal way. From this reading it is possible to derive a consequentialist morality, which advocates optimal solutions to our moral dilemmas and ignores those historically incurred obligations that cause us to distinguish between people and communities. But there is another and in my view more plausible reading, according to which the Samaritan finds himself confronted with a specific obligation to a specific person.

In other words, the Samaritan “undertakes a concrete commitment and recognizes that he must see the matter through.” This is the exact opposite of abstract universalism, whereby I am expected to treat all problems of all people everywhere as equally significant to me—which in practice probably amounts to my treating them all as equally insignificant. Perhaps the great divide between the ethics of the Good Samaritan and those of the Mrs. Jellybys of the modern West is best highlighted by contrasting what he does with what he doesn’t. Of his own initiative, the Samaritan expends his own time, energy, and money to rescue a gravely wounded fellow human being who lies before him; he does not restlessly rove from land to land looking for causes to throw himself into or lobby the government to help, much less seek out the robbers so that he may invite them to move into and take over his village.

To be fair, the errors of contemporary liberalism stem from the inherent difficulty of reconciling the individual with the community whereby he orients himself. How much emphasis should we place upon the individual versus the community? Clearly classical liberals and existentialists are mistaken when they ignore the bonds of family, neighborhood, and nation, yet 20th-century history likewise makes obvious how disastrous it is to overlook the dignity of the individual. Without a critical mass of virtuous individuals comprising it, a community cannot flourish; without a strong community, there can be no virtuous individuals.

Scruton does not claim to have an impeccable algebraic solution to this dilemma, any more than he claims to have solved the problem of the chicken and the egg, but he does suggest that more productive approaches to such questions involve a return to theology and metaphysics:

The term persona comes to us from the Roman and Etruscan theater, where it denoted the mask worn by the actor and therefore the character whom the actor portrayed. The term was borrowed by Roman law to describe any entity that has judiciable rights and duties, including corporate entities and other more abstract constructions. It was borrowed again by early Christian theologians in order to explain the doctrine of the Trinity, by distinguishing the three persons of God. Discussions of the Trinity led to the view that personhood belongs to the essence of whatever possesses it, and the sixth-century philosopher Boethius took this as his cue in defining the essential nature of the human being.

The person is “an emergent entity,” concludes Scruton, and adds that a proper understanding of this entity will have “something in common with what Aristotle meant when he described the soul as the form of the body and with what Aquinas meant when he argued that, while we are individuated through our bodies, what is individuated thereby is not the body but the person.” Such somewhat abstract remarks may become more accessible by analogy. A painting of a face is made up of blobs of paint, but we may distinguish the pattern, the image which emerges from the blobs comprising it. Would it then be appropriate to extend the metaphor, characterizing a family as equivalent to an extensive mural? Or maybe the family is more like a museum or a house, within which individual paintings may be safeguarded and sheltered from the elements? Keenly aware of the limits of metaphor, Scruton opts not to carry his analogy so very far. What does seem evident, though, is that to think correctly about the person we need to think less like liberals, and more like Aristotelians. Or better still, like Trinitarians.

Jim Caviezel on what he learned playing St. Luke—and why he thinks “We don’t love Jesus enough”

The actor, who returns to the biblical genre in Paul, Apostle of Christ for first time since starring in The Passion of the Christ, says, […]

“Mother!” and the God of the Bible

Though it rather clearly reflects the anti-Scriptural prejudice of the cultural elite today, mother! might actually serve to prompt a re-examination of the deeply ecological […]

One Christ, One Savior, One Shepherd