Guadalajara Cathedral (Cathedral of the Assumption of Our Lady), Mexico / Shutterstock 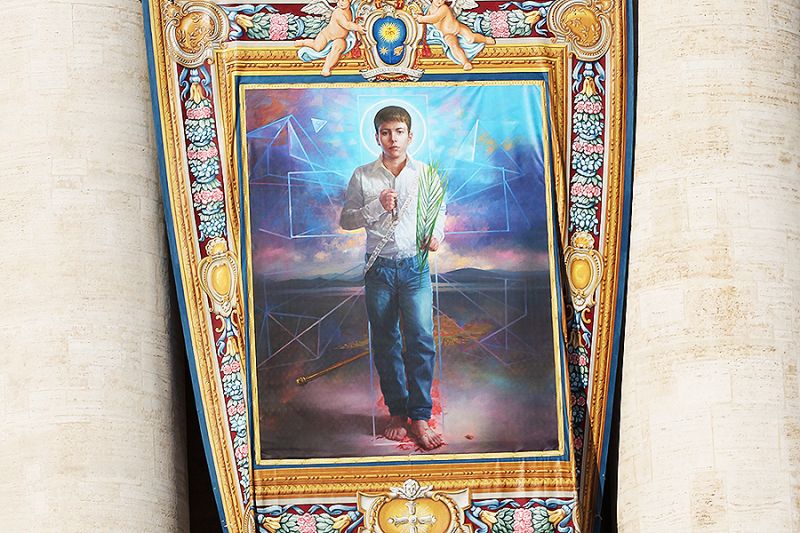 At the dedication of the statue of Saint José Sánchez del Río at Guadalajara’s Martyrs Shrine, the city’s archbishop highlighted the saint’s witness and encouraged young people to be inspired by his life.

St. José Sánchez del Río was born in Sahuayo de Morelos, Mexico in 1913. He was a Cristero. At the age of 14 he was tortured and put to death by government officials when he refused to renounce the faith.

A 5.5 foot statue of the saint, made by Carlos Espino, was dedicated at the shrine in Guadalajara during an Oct. 12 Mass.

During the Mass, Jose Francisco Cardinal Robles Ortega, encouraged those who are younger to look to “the witness and example of Saint José Sánchez. Read his biography, meditate on it, share it, and see that despite his few years of experience, the full and total meaning of life can be found.”

The cardinal stressed that “life has a meaning,” while lamenting that “there are many young men and women who aren’t finding what to do with their lives, they don’t know what they are in this world for, they’re not discovering what they came into this world for and live an existential void.”

These young people, he continued, “seek many times to fill that existential void with things that apparently fill them, but the only thing they produce is a deeper void.”

“And so dear young people, it is worthwhile to look at the testimony of a young man, born into an ordinary Christian family, but who had the courage to discover Christ and to be faithful to him.”

Cardinal Robles encouraged Catholics to give “thanks to God for the witness of our Mexican martyrs to Christ the King.”

“They gave their lives bearing witness to the faith,” he said. Some of those who arrested them “told them what they had to shout in order to escape martyrdom (allegiance to the government) and instead of obeying that suggestion to escape martyrdom, they said with greater enthusiasm, ‘Long live Christ the King and Holy Mary of Guadalupe.’”

“Perhaps because of the circumstances we live in, we’re not going to reach that extreme of having to shed our blood or die for Christ,” he said, but “every day, in every circumstance, in every moment, in every relationship, in everything we do, in all the areas in which we operate, we have the opportunity to be witnesses for Christ.”

The cardinal stressed that “the testimony of the martyrs endures,” while people do not necessarily remember “the names of the people who inflicted, who carried out the martyrdom.”

The testimony of the martyrs, however,  “is not extinguished” and “is not forgotten.”

In 1926 under the administration of Mexican President Plutarco Elías Calles the “Calles Law” was enacted restricting Catholic worship, which began the religious persecution that triggered the Cristero War.

The laws banned religious orders, deprived the Church of property rights, and denied priests civil liberties, including the right to trial by jury and the right to vote. As the restrictions on religious liberty increased, Catholics could be fined or imprisoned for teaching Church doctrine, wearing clerical attire, meeting together after their convents were disbanded, promoting religious life, or holding religious services in non-church locations.

José Sánchez del Río asked his parents for permission to enlist with the Cristero troops, who were fighting for religious freedom in Mexico. When his mother tried to dissuade him because of the risk of being killed, he replied, “Mom, it has never been so easy to earn heaven as it is now, and I don’t want to miss the chance.”

After being captured by government troops, Sánchez was tortured Feb. 10, 1928, for refusing to renounce the faith.

The officers cut off the soles of his feet and made him walk towards what would become his grave. As he walked, Saint José Sánchez del Río prayed and shouted “Long live Christ the King and the Virgin of Guadalupe!” Once at the place of execution, the government troops hung him from a tree and stabbed him.

Shortly before he died, when one of his executioners took him down from the tree and asked him if he had a message for his parents, Saint Jose told him: “Long live Christ the King and that we will see each other in heaven.” He was then shot twice in the head, laid in a small grave, and covered with dirt.