South African writer Wynand De Beer’s analysis in Reality: From Metaphysics to Metapolitics of Western metaphysics from the Greeks to the Catholic and Orthodox continuation of this tradition has much to offer Catholics who find themselves living in a nominalist civilization that rejects the idea of eternal meaning or essences to individual things.

Today’s nominalists believe that there is great power just in naming something. They do not worry about the beingness of things. 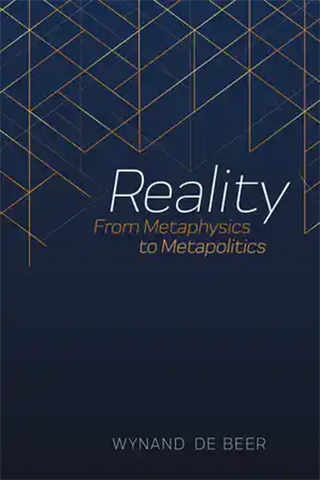 This mindset forms a major pillar of relativistic morality. Nominalism has become such an ingrained part of Western thought and culture that we often forget the deep and rich roots of traditional metaphysics, particularly the metaphysics of being, in Western culture, and how this greatly affected and aided Christianity.

De Beer’s in-depth analysis of the lively and varied debates of the Greeks takes into account the wider Indo-European roots that include Iran and India. While this may sound fanciful, his analysis of similarities among Sanskrit, Greek, Latin, and German texts highlights the common patrimony.

De Beer centers his argument on the fact that reality is organized into various levels of being. Almost everything else in metaphysics seems to fall into line once this hierarchical structure of reality is established. This perspective enables a rich analysis of God, including whether God is being itself, the giver of beingness to others, or above being.

A hierarchical view gives meaning to the cosmos. The cosmos has a teleology, or end purpose, towards which it is moving. We have a place in this meaningful universe, which gives substance to our individual lives. The cosmos, ordered through the logos, is knowable. This makes science possible. The universe can be explained through mathematics and scientific law. De Beer spends much time on the metaphysical significance of mathematics for the Greeks. The Christian Middle Ages continued to highly value mathematics.

The close connection of the cosmos to the Creator and to humans explains its beauty, and why beauty itself plays an essential role in human well-being. De Beer shows how a metaphysical view of the universe is holistic. Pantheists also believe this, but for very different metaphysical reasons from Christians. De Beer uses ontology, or the philosophy of being, to explain this. Pantheism sees no “ontological gap” between God and creation. God and the universe are one. The traditional Christian metaphysical view strongly asserts that God’s being is of a different kind than the being of created things. God gave these created things their being in the first place. God is in the world, but not of it.

As with many other aspects of metaphysics, De Beer turns to Plato and the neoplatonists such as Plotinus to explain the ontology of God. This is fascinating and very helpful for contemporary Catholics, as the discussion helps us see the essential role of metaphysics in Christian theology.

The discussion in Reality: From Metaphysics to Metapolitics is clearly relevant to many contemporary issues such as human rights, social organization, government, the environment, and sexuality even if the author does not address these directly.

The relationship between becoming and being, for instance, has clear implications for the human treatment of nature. The current environmental debate sometimes develops the false dichotomy of environmental protection versus economic development. We either treat natural resources, animals, and plants as goods to be exploited for our benefit, or we can become Gaia worshipers in all but name. Metaphysics directs the debate in a far more balanced direction.

The hierarchical chain of being offers a spiritual way to relate to matter without proposing pantheism. The hierarchical view does not divide reality into the physical and the spiritual. The physical is already imbued with the spiritual. The spiritual is inherent in the physical since, as De Beer notes, “this physical world in which we live is already a combination of the levels of soul and matter. It is therefore, strictly speaking, wrong to say that we live in a material world, because the matter that we can perceive through our senses is formed matter, i.e., matter formed by soul.”  Medieval Christians believed this. So should modern ones.

De Beer shows the connection between transcendence and immanence in Plato’s thinking: “Through their participation in the transcendent reality, the immanent things obtain an ontological weight and durability … impossible without such participation.” Despite this participation in transcendence, humans are still humans, and the other things of nature remain themselves. This is what gives to Western metaphysics its great balance. It can simultaneously put every element or person into a hierarchy of being, into its rightful and just place, without destroying individual character. In fact, injustice is the very act of destroying this rightful balance because it destroys the individual character of things and the personhood of humans.

And this is precisely what nominalism is guilty of doing. Reality: From Metaphysics to Metapolitics provides readers with insight into why our modern world has become so unhinged and why everything seems to be going wrong at the same time. This reflects the holistic nature of reality. Since everything is so closely connected, an erroneous metaphysical outlook will turn everything poisonous.

Nominalism leads to a leveling of everything, which means disconnection, separation, and, for humans, depersonalization. A hierarchical and traditional metaphysics would create a society that is far more robust and culturally and religiously richer than a nominalist one.

De Beer’s discussion of God reveals how a robust and clear grasp of metaphysics could enrich theology and, in particular, apologetics. The author repeatedly cites the Orthodox theologian Vladimir Lossky, who characterizes theology as encompassing both contemplative knowledge and scientific or reason-based knowledge.

This leads to a discussion of apophatic versus cataphatic theology. The latter is familiar to Catholics. Cataphatic theology offers a doctrine-based understanding of God. Apophatic theology, known in the West as the via negativa, invites a more mystical orientation towards knowing God that does not depend on dogma (though it does not refute or claim to surpass dogma). According to the Russian philosopher Nikolai Berdyaev, whom De Beer repeatedly relies on, apophatic theology “conceives of God as the infinite mystery that underlies existence.” Orthodox Christians believe that leaving behind rational and sense-based declarations about God can purify the believer.

The apophatic approach embraces the mystery of God. De Beer cites John Scotus Eriugena on apophatic theology: “everything that can be said about God can be contradicted, and even the contradiction can be contradicted.” Apophatic theology became much less important to the West after the first millennium. This is a loss for us today. This approach could connect with the “I’m spiritual, not religious” crowd who are often authentic seekers but turned off by doctrinaire approaches.

Underlying the entire argument of Reality is the assertion that we must approach things holistically. Conservatives tend to run around putting out individual fires in education, the family, society, or in local, state, and federal politics. Unsurprisingly, the constant culture wars have worn many people out.

The great advantage of the woke left is their own holistic approach. If they lose a battle in one place, they are heartened in knowing that they’ve won another battle somewhere else. The many battles that they wage all derive from the same revolutionary and nihilistic urge. We will be able to defend civilization much better if we too can adopt and put into operation a holistic vision. The one offered by De Beer is solid, as it was the norm of Western civilization for centuries.

About Brian Welter 9 Articles
Brian Welter has studied education, history, and theology and writes on these subjects for many publications including Studia gilsoniana. He teaches English in Taiwan.

Modernity as Apocalypse outlines and offers a tonic to idolatry

Christian writers have become adept at passing judgment on modernity and tracing its historical development through the development of liberalism. They typically note how late medieval nominalists, Protestant reformers, philosophers such as Descartes, the Enlightenment […]

What is analogy? A Thomistic introduction

In what follows I would like to introduce you to analogy from a Thomistic perspective. I will begin with a look at analogy in general. Then I will discuss some different kinds of analogy. And, […]

What kind of relationship? On the “one”, the “many”, and things in the world