Glenn Arbery’s Boundaries of Eden is a book set in the contemporary American South that contains, to one degree or another, every literary ingredient of the genre known as the “Southern novel”—as well as several associated with those of the thriller and horror ones—while dramatizing how far the New South has diverged from the Old, and the New South from its postmodern equivalent. 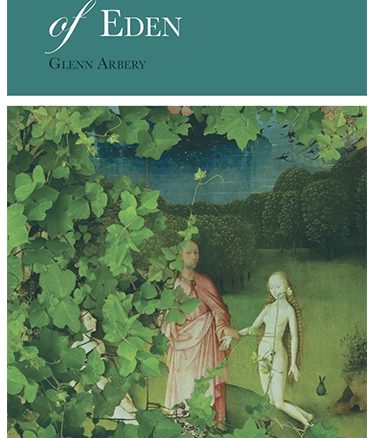 Mr. Arbery’s South is not Mark Twain’s South, William Faulkner’s South, Flannery O’Connor’s South, Harper Lee’s South, Cormac McCarthy’s South, or even Walker Percy’s South. It is the South as it is represented today by the imaginary town of Gallatin, Georgia, the interstate freeway that runs through it, and all the world beyond them, much or most of it highly unpleasant and some of it downright dangerous.

This is a long novel and Arbery’s story is an intricate and complex one, at times difficult to follow but carefully and cleverly devised and presented nevertheless. It develops from the point of view of a kaleidoscopic range of dramatis personae who appear and reappear in a series of sequences of varying lengths, each one printed below the character’s name: a scheme that frequently requires a nimble attention on the part of the reader to follow. (Owing probably to my familiarity with Faulkner’s books and his technique, and Glen Arbery’s tastes in literature, I suspect that the author’s original intention was to leave off the names, thus requiring a still more nimble attention, but was overridden on this point by his editor.)

Walter Peach, a gifted and once-promising poet, was raised by a single mother (a flower-child of the 1960s), in a remote house in a rural area in the vicinity of Gallatin, where mother and child spent a considerable part of their time going naked together in their small, highly personalized Eden. When Rosemary abruptly abandoned him at a tender age and disappeared, Walter was adopted by a local judge who raised him in the Catholic faith and sent him to college. The young man’s proclivity for women and the bottle led to personal tragedy—the death of his son Walter, whom he backed over in the driveway, and divorce—and the loss of his artistic drive and focus.

At the nadir of his life and his career he was rescued by a wealthy businessman and owner of Gallatin’s local newspaper who appointed him its editor. Bored by the monotony and triviality of small-town life and events, Walter becomes convinced that Gallatin and the surrounding area are being invaded by Mexican drug cartels and begins devoting space in the paper to the subject; a topic that interests almost none of its subscribers with the exception of a strange dark man in dark glasses and a white hat who speaks with an English accent and is otherwise distinguished by a sinister manner. Gradually Walter and his new family—his second wife, a devout Catholic who is concerned by her husband’s religious indifference, and their two children—are drawn into a series of progressively threatening events that are complicated further by carefully released revelations regarding his mother, her past—and his own.

In this way Arbery nicely juxtaposes the revolutionary violence and decadence of the 1960s and 70s with the social, moral, and political corruption of 21st -century America, whose essential continuity he effectively demonstrates. In the novel’s final pages, the Peaches have fled the South in disguise and with the assistance of the FBI as far as Wyoming, where the author leaves them to make their way in a world that, however different from Georgia, is still the United States of America.

As a prose poet, Arbery has written some lovely passages in this book, just as he did in its prequel, Balances and Distances (Wiseblood Books, 2015). Occasionally he succumbs to the temptation to lay it on too thick, to the point where the language suggests the kudzu vine that has taken over and smothered the house where Walter Peach spent his early years with Rosemary. Boundaries of Eden is in many ways a book by a professor of literature, weighty in places with over-long quotations from poetical and philosophical texts. Quotation fits naturally into a novel many of whose principal characters are academics and intellectuals. Natural also is the tendency of Arbery’s mentally sophisticated people to explain themselves too much and too often; even, it may be, to think too much—for the purposes of the printed page, at least.

Lastly Arbery, aesthetically speaking, is very much the modernist (a fact that, from the perspective of 2021, makes his work seem old-fashioned) in the tradition of Elliot, Faulkner, Andrew Lytle, and Cormac McCarthy. As modernism remains after a century or more the artistic summit of American letters this is, by my reckoning, no fault at all, save in those instances where it has been overworked (far more frequently by William Faulkner, incidentally, than by Glen Arbery). The truth is that to the extent that contemporary novels are any good at all, they retain and carry forward the best elements of the modernist tradition in literature: something that Arbery indisputably does, making his work a both a pleasure and a satisfaction to read.

Boundaries of Eden ends in the Yellowstone country at the precipitous edge of Old Faithful, a couple of hundred miles northeast of Lander, Wyoming and of Wyoming Catholic College, where Professor Arbery is President. His published novels so far have taken the Peach State for their setting. As a resident of the Cowboy state for the past 42 years, I am hoping that his next novel explores new territory and the people who inhabit it. I’d be very much interested in seeing what he does with them.

About Chilton Williamson, Jr. 18 Articles
Chilton Williamson, Jr. is the author of several works of fiction, narrative nonfiction, and “pure” nonfiction, including After Tocqueville: The Promise and Failure of Democracy and Jerusalem, Jerusalem! A Novel. He has also written hundreds of essays, critical reviews, and short stories for publications including Chronicles: A Magazine of American Culture, Harper’s, The New Republic, National Review, Commonweal, The New Leader, The American Spectator, among others. You can visit him online at www.chiltonwilliamson.com.

Jewish-Catholic relations have been an interest of mine for decades. As a seminarian, I was the first graduate of a home study program called “The Jewish Academy without Walls.” I am also happy to serve […]

Threats, weaknesses, and the temptation of power

T.M. Doran (tmdoran.com) is the author of several novels, including Toward the Gleam, Terrapin, and Iota. His first novel with Ignatius Press, Toward the Gleam, won acclaim from Tolkien readers across the globe. In it, […]

In the spring of 1945, as a humiliated Germany was being defeated by the Allies, two of the finest German intellectuals of the postwar era – Günter Grass and Joseph Ratzinger – apparently met in […]