St. Augustine argued that we are bound together as a people by a shared view of what is lovable. While it is bad enough that Americans appear to be bound together by love of creature comforts, COVID-19 has brought about an even lower common denominator: today we are bound together, not by love of easy living, but by fear of bodily death. All too many of us are willing to sacrifice liberties, friendships, and our social lives so long as we can prolong the Grim Reaper’s unwelcomed visit.

Even many churchgoers reveal the dominance of this fear in their soul, and put more trust in secularists’ hand-picked experts than the prudent guidelines published by the Thomistic Institute. When fear of death dominates, one looks to the greatest earthly power, and thus our governors have been emboldened to exercise tremendous “science-based” control over our communities. Sadly, even some bishops have fallen prey to this narrow conception of human flourishing, denying the faithful any access to the sacraments in the name of protecting their bodily health. 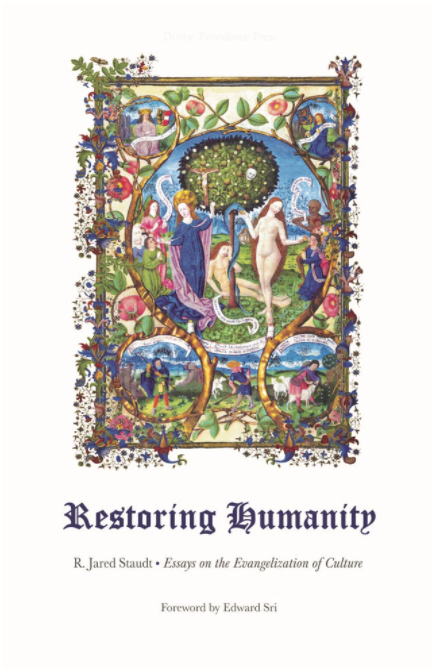 As if we are living in a parable, in many places signs were placed on our community water fountains in the dog days of summer, informing us that they have been turned off “for your health and safety.” So abundantly cautious are those who rule us that even public access to water must be brought under their control. One can imagine a G.K. Chesterton’s satire focused on just this one anecdote. When even water is deemed dangerous, there is something fundamentally amiss with our views on public health.

It is hard to imagine a celebration right now, even if the dictates of our elected officials would allow it. But we must not let this call to festivity pass us by, for in recent years there have been encouraging signs of a newfound desire to restore Catholic culture in all its celebratory richness. On the intellectual front, one thinks of the remarkable success of Bishop Barron’s Word on Fire apostolate and the chord struck by Rod Dreher’s The Benedict Option. In the world of Catholic culture, one thinks of the exuberance of youth movements like The Culture Project and World Youth Day, and the rebirth of monasteries and convents like Our Lady of Clear Creek Abbey and The Abbey of Regina Laudis around which lay Catholic communities have formed. Finally, Michael Foley’s Drinking with the Saints and Jared Staudt’s The Beer Option have helped Catholics reject the evils of puritanism and root their toasts in the liturgical year.

With all of this in mind, Jared Staudt’s follow up to The Beer Option could not have come at a better time. With Restoring Humanity: Essays on the Evangelization of Culture (Divine Providence Press, 2020), Staudt provides the theological foundations of pint raising. Staudt’s thesis is that “the Church’s mission necessarily includes the renewal of humanity and culture as part of its broader task of evangelization.”

Joining those like Robert Royal who penetrate to the truths that Vatican II proclaimed in continuity with Tradition, and building on the insights of Christopher Dawson, Josef Ratzinger/Pope Benedict XVI, Sts. Thomas Aquinas, John Henry Newman, and John Paul II, Staudt provides a collection of essays on the centrality of culture to human development. As he argues, since secular society has rejected even the natural goods at its disposal, the New Evangelization requires rebuilding a culture that will allow non-Christians to see the harmony of faith and the human good.

The lay reader will find the first chapter (a theological reflection on time and eternity) to be the most challenging, and I say that now so that such a reader will not lose heart at the outset of the journey through these essays. The central point here is that in the Eucharist, the Incarnation’s meeting of time and eternity is continued, and thus “culture ultimately comes from God, through his creation of human nature, and is ordered back toward God in sustaining human life in its relation to eternity.”

In a word, a Christian culture directly flows from faith in a God who enters into history and wants us to feast and fast, celebrate and mourn, in the joy of knowing that we are always in His holy presence.

The second and third essays show how a sacramental vision allows the believer to see more fully so as to appreciate the uniqueness and beauty of all God’s creatures. Chapter Two takes up the line “Each mortal thing” from Gerard Manley Hopkins’ sublime poem “As Kingfishers Catch Fire.” Staudt argues that Hopkins’ appreciation for the uniqueness of every individual creature is best grounded in Aquinas’ understanding of the divine ideas of God. With this in mind, one can find in Hopkins a counterbalance to modernity’s overemphasis on individuality to the point of isolation and loneliness. Modernity’s severing of the individual from the whole leads to despair and hatred for the world. As Padraic Pearse so woefully puts this, “The beauty of the world hath made me sad, This beauty that will pass.” The modern attempt to celebrate the individual ultimately leads to postmodernity’s view that behind the beauty that delights is the ugliness that nauseates.

In Chapter Three, then, Staudt discusses “Ratzinger’s teaching on the arrow of beauty” as the antidote: beauty is salvific and true, but we can only see this if we gaze upon the face of the Christ who suffered and died for our sins.

This is all well and good, but how does one form this sacramental vision? How does one penetrate the ugliness all around us to the beauty that often lies hidden? Chapters Four and Five help us answer these questions by turning our attention to hearth and home. “The land represents the basic goods of nature,” and a family exercises stewardship over its little corner of God’s creation by creating “a local culture or way of life in which faith can grow organically in the fertile soil of its domestic life.” These two essays show why the Church must promote both land ownership and family-directed catechesis if She is to re-evangelize our communities.

Since education is so central to the mission of the family, Chapters Six and Seven reflect on the purpose of education. Starting at the primary school, Staudt shows how poisonous progressivism’s rejection of truth as the purpose of education has been to our schools. We must reaffirm that “knowing the truth and living in accord with it forms the most fundamental goal for Catholic education.” This culture of truth into which one is educated should be reinforced at the university. Against the “historical disorientation of the modern university,” the Catholic university must promote the unity of past and present, faith and reason, and faith and life.

The last two chapters offer reflection on how a people with eyes to see, nurtured by hearth and home, matured in the Catholic intellectual tradition, and strengthened by the sacraments, can help to renew Western society. Following Dawson, Ratzinger, and St. John Paul II’s lead, Staudt now speaks directly to the book’s principal theme: the centrality of culture for a living faith and for the evangelization of society. As Christians, we must re-assert the capacity of reason to know the truth in the face of a neo-paganism that has rejected the most basic of truths such as the biological fact that humans are made as man and woman.

Further, we must avoid the temptation to focus on power politics, for it is culture, not political edicts, that drives history and sustains a people. Additionally, we must not throw out the baby with the bath water, for technology and republican forms of government can serve man if we re-root them in “the spiritual dynamism of the Christian faith.” As we know all too well in these times of manufactured hysteria, secular morality’s obsession with protecting health and safety neither satisfies the human heart nor unifies a people in the welcomed bonds of love. Let us not, though, point the finger at the enemies of true human flourishing. If we want brotherly love we must daily “experience transformation through the holiness of Christ.”

At a time when we are all forced by government mandates to live in hibernation, Staudt’s Restoring Humanity is just the kind of book we need. When the ice thaws, when the czars of health and safety deem it permissible to turn our community water fountains back on, let us be ready to celebrate. And let these celebrations be rooted in our sacramental, incarnational culture of life rather than in secularism’s technocratic culture of death.

For its so-called joy is a mask for the despair that walks in the fear of death; our true joy is everlasting and sustains us even when it is all-too apparent that we walk in a “valley of tears.” Let the “cancelled” water fountain serve as a reminder that from the hearts of those who have been baptized in Christ “shall flow rivers of living water” (Jn 7:38). If we daily renew our baptismal promises, we will be sharers in the loving work of renewing humanity and evangelizing culture.

About Michael P. Krom 1 Article
Michael P. Krom is Chair of Philosophy, Director of Benedictine Leadership Studies and the Faith and Reason Summer Program at Saint Vincent College. His most recent work is Justice and Charity: An Introduction to Aquinas’s Moral, Economic, and Political Thought (Baker Academic, 2020).