Toronto, Canada, May 15, 2019 / 06:30 pm (CNA).- Ontario’s highest court has ruled that doctors who object to procedures such as abortion and assisted suicide must refer patients to another, willing doctor.

In a unanimous decision issued Wednesday, the Court of Appeal upheld a 2016 policy set forth by the College of Physicians and Surgeons of Ontario (CPSO) requiring doctors in the province to provide an “effective referral” if they object to treatment such as abortion, contraception, transgender surgery, or assisted suicide.

Though the lower court found in Jan. 2018 that forcing doctors to refer for those procedures  violated their religious freedom under the Canadian Charter of Rights and Freedoms, it also determined that those violations were necessary in order to give patients access to those services.

Dr. Ryan Wilson, President of Canadian Physicians for Life, told reporters in a conference call that the group has yet to decide whether to appeal the case to the Supreme Court of Canada, but said an appeal "is not off the table," The Canadian Press reports.

Canadian Physicians for Life was one of several groups, along with 5 individual doctors, who challenged the CPSO’s rules in court. Collectively the groups said they would be willing to provide patients with a general phone number or website for the provincial government’s coordinating service for assisted suicide, but they argued that to go beyond that would violate their faith, The Globe and Mail reports.

The groups also argued in the appeal that the original decision was unreasonable, because it gave more weight to an assumed problem with healthcare than to a real infringement of doctor’s rights, The Canadian Press says.

“This is a disappointing decision and puts our doctors – doctors who entered the field of medicine to provide quality, compassionate, and patient-centered care – in an impossible position,” Wilson said last year.

“Ultimately it is patient care that suffers, as our doctors will retire early, relocate, or change fields. For many, their religious and conscience rights are being violated and they won’t be able to practice medicine in Ontario. This is a significant loss for the entire health care system in the province and will have a direct impact on patient care,” he said.

Ramona Coelho, a Catholic family doctor in London, Ontario, told The Globe and Mail she is still hopeful a solution can be found that would allow her to avoid formally referring assisted suicide patients, despite the ruling.

“I feel like this decision is going to exclude from mainstream medicine most people of faith,” Coelho told The Globe and Mail.

Canada legalized assisted suicide in 2016. Only people who are over the age of 18, have been deemed to be “mentally competent,” and have been diagnosed with a terminal physical illness by two doctors or two nurse practitioners are eligible.

At the federal level in Canada, some members of parliament are attempting to pass a law that would protect the conscience rights of doctors.

That legislation would make it illegal to “intimidate a medical practitioner, nurse practitioner, pharmacist or any other health care professional for the purpose of compelling them to take part, directly or indirectly, in the provision of medical assistance in dying.”

Last year, assisted suicide accounted for 1.12 percent of all deaths in Canada.

The Archdiocese of Toronto has not yet commented on the ruling, but Cardinal Thomas Collins has pushed for conscience protections for doctors repeatedly in recent years.

“Physicians across our country who have devoted their lives to healing patients will soon be asked to do the exact opposite. They will not be asked to ease their suffering by providing them with treatment and loving care, but by putting them to death,” Collins in 2016.

“Once we make people’s worthiness to live dependent on how well they function, our society has crossed the boundary into dangerous territory in which people are treated as objects that can be discarded as useless.” 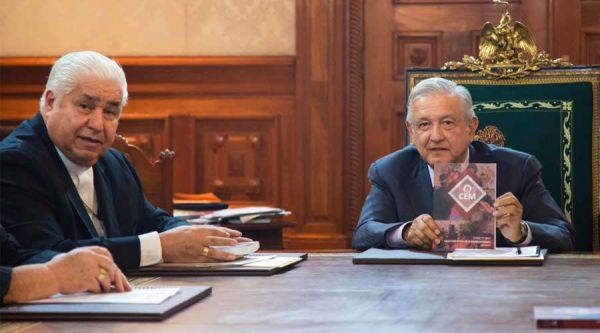 Medellin, Colombia, Sep 9, 2017 / 10:38 am (CNA/EWTN News).- On Saturday, Pope Francis said that true freedom is found in letting go of the superficial things we cling to for security, embracing instead a discipleship which has the courage to follow Jesus in living in the fullness of the law.

“For the Lord, as also for the first community, it is of the greatest importance that we who call ourselves disciples not cling to a certain style or to particular practices that cause us to be more like some Pharisees than like Jesus,” the Pope said Sept. 9.

In his homily, the Holy Father reflected on three attitudes that he said must form our lives as disciples of Jesus Christ.

The first is going to what is essential. “This does not mean ‘breaking with everything’ that does not suit us,” he said, “because Jesus did not come ‘to abolish the law, but to fulfil it’ (Mt 5:17); it means to go deep, to what matters and has value for life.”

In the Gospels, Jesus teaches us that discipleship requires a relationship with God – not merely following rules or exhibiting outward actions without really changing your heart, he said.

“Discipleship must begin with a living experience of God and his love. It is not something static, but a continuous movement towards Christ; it is not simply the fidelity to making a doctrine explicit, but rather the experience of the Lord’s living, kindly and active presence, an ongoing formation by listening to his word.”

And hearing this word, we live it out in serving the concrete needs of our brothers and sisters, he explained.

The second attitude disciples are called to adopt is renewal, which Francis said the Church is always in need of – “Ecclesia semper reformanda.” The Church doesn’t renew herself on “her own whim,” but firm in the faith and following the hope of the Gospel.

And this requires sacrifice and courage, “not so that we can consider ourselves superior or flawless, but rather to respond better to the Lord’s call,” he stated.

The Church must be ‘shaken’ by the Holy Spirit in order to let go of comforts and attachments, but we shouldn’t be afraid of renewal, the Pope noted.

In Colombia, for example, he said this renewal is needed in the many situations of violence, which can be transformed by Jesus’ reconciliation and peace.

The third attitude of a disciple is the willingness to get our hands dirty and get involved in helping our brothers and sisters, the Pope said.

We are called to be brave, to have “that evangelical courage which springs from knowing that there are many who are hungry, who hunger for God, who hunger for dignity, because they have been deprived.”

As Christians, we must help others to satisfy this hunger, to encounter Christ, we can’t put up “do not enter” signs, he said.

“The Church is not ours, she is God’s; he is the owner of the temple and the field; everyone has a place, everyone is invited to find here, and among us, his or her nourishment.”

Jesus told his disciples to give the hungry crowd something to eat, which is our call, too, the Pope emphasized.

He pointed out that St. Peter Claver, whose feast day is celebrated by the Church Sept. 9, understood this well. In the 1600s, the Spanish missionary cared for the spiritual and physical needs of slaves in modern-day Colombia.

“‘Slave of the blacks forever’ was the motto of his life, because he understood, as a disciple of Jesus, that he could not remain indifferent to the suffering of the most helpless and mistreated of his time, and that he had to do something to alleviate their suffering,” Francis said.

Referencing the gathering of Latin American bishops at Aparecida in 2007, he said that the Church in Colombia “is called to commit itself, with greater boldness, to forming missionary disciples.”

As it says in the document from that gathering, Colombia needs disciples who know how to see, judge and act, he said.

“I have come here precisely to confirm you in the faith and hope of the Gospel. Remain steadfast and free in Christ, in such a way that you manifest him in everything you do; take up the path of Jesus with all your strength, know him, allow yourselves to be called and taught by him, and proclaim him with great joy,” he concluded.

“Let us pray through the intercession of Our Mother, Our Lady of Candelaria, that she may accompany us on our path of discipleship, so that, giving our lives to Christ, we may simply be missionaries who bring the light and joy of the Gospel to all people.”