Ottawa, Canada, May 9, 2019 / 04:00 pm (CNA).- Pro-life campaigners from across Canada gathered on Ottawa’s Parliament Hill Thursday for the country’s annual National March for Life. Carrying a variety of handmade and pre-printed signs in a variety of languages, pro-life advocates, school groups, families, and clergy turned out to mark the fiftieth year of legal abortion in the country.

Police declined to give a formal estimate of the crowd, but participants told CNA that thousands of marchers were in attendence.

Addressing the crowd at a pre-march rally, Cardinal Thomas Collins of Toronto referenced the changing nature of the pro-life movement in Canada as new laws have been passed over five decades.

Pointing to the spreading practice of euthanasia across the country, the cardinal said that it was paramount that “people recognize the reality, the profound preciousness of the gift of life from the first moment of conception until natural death.”

“In the past we’ve stressed so much–and rightly so–the first part of that,” the second clause regarding natural death is now more relevant than ever, explained Collins.

“The cold hand of euthanasia is upon our country as well.”

Last year, over 2,600 Canadians received “medical aid in dying,” effectively physician-administered homicide. This total amounts to 1.12 percent of all deaths in 2018.

In Canada, doctors opposed to euthanasia do not have the legal right to refuse such requests, and are subject to losing their jobs if they fail to comply.

“There must be protection for all people,” said Collins. “Not only those in the medical world, but for everyone.”

Other speakers at the event included Archbishop Christian Lepine of Montreal, Archbishop Terrence Prendergrast of Ottawa, and Member of Parliament David Anderson, who were joined by notable American pro-life figures in addressing the rally.

The crowd at the march appeared to contain a vast majority of younger attendees. Catholics were especially well represented, with church groups and the Knights of Columbus all prominently visible. The groups carried signs in French, English, and Spanish.

Two such young attendees, Julia Alphonso and Sarah Fernandes, traveled approximately five hours with a group from their school in Markham, Ontario to attend the National March for Life.

Alphonso told CNA that this was her third time marching, but it was Fernandes’ first.

“Pro-life in general is really important to me,” said Alphonso.

“Life, I believe, begins right from the moment of conception, and that’s really important.” She credited her faith, as well as the concept of natural law as for her convictions, and said that she was “really in support of this pro-life movement.”

Fernandes said that she had been influenced by her sister, who is active in a pro-life group at her college. She agreed with Alphonos that “life begins from conception (…) it should be protected.”

Fernandes said that she believes that while many people her age are pro-choice, their minds could be changed via the effective use of social media.

“Show them what an abortion looks like,” she said, and their position could shift.

Jenna Goldsack, also a first-time attendee of the National March for Life, told CNA that she was moved to the pro-life position after hearing stories from people who have lost children.

“Just knowing what happens through an abortion, I don’t agree with that,” she said. Goldsack told CNA that she thinks many young people like herself are pro-choice by default, and are simply conforming to what society expects of them.

A counter protest of about 50 people chanted throughout the speeches at the pre-march rally.

Abortion has been legal in Canada since 1969. The first-ever National March for Life in Ottawa was held in 1998. 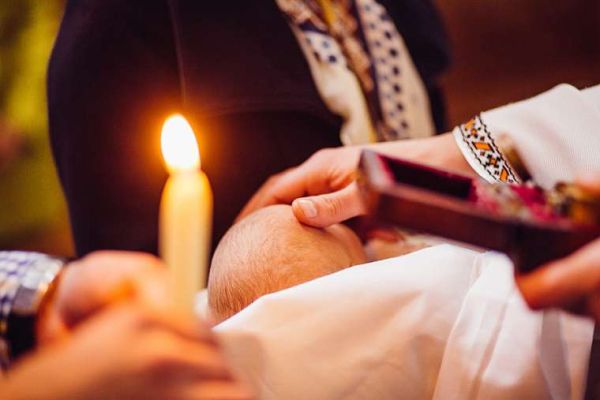