Chicago, Ill., Mar 19, 2019 / 05:02 pm (CNA).- The 7th Circuit Court of Appeals has upheld tax-free housing allowances for clergy, a decision welcomed by pastors, religious organizations, and others who say the allowances make their ministries affordable and strengthen limits on the ability of government policy to interfere with clergy.

The law’s effect is “neither to endorse nor to inhibit religion, and it does not cause excessive government entanglement,” the March 15 decision said, adding that Congress has provided federal tax exemptions for religious organizations since 1802.

The federal law challenged in court is the Administrative Procedure Act of 1954. It provides that a “minister of the gospel” does not pay income taxes on compensation designated as a housing allowance. Religious leaders save about $800 million in taxes a year due to the benefit, the Associated Press said.

Among those who benefit are Pastor Chris Butler of Chicago Embassy Church, on the south side of Chicago, Ill.

“This ruling is a victory not just for my church but for the needy south side Chicago community we serve — our youth, our single mothers, our homeless, our addicted, and our victims of gang violence,” Butler said in a statement. “I am grateful that I can continue serving them and living side by side with them to make our neighborhood a safer, more peaceful place.”

The religious freedom legal group Becket had intervened on behalf of Butler’s and several other congregations. His church cannot afford a full salary for him, so the housing allowance makes it possible to live near his church.

The Wisconsin-based Freedom from Religion Foundation has been challenging the law for a decade, the Associated Press reports. It argued that the law discriminates against secular employees. It argued that clergy can used untaxed income to buy a home and deduct interest paid on mortgage and property taxes, which constitutes “double dipping.”

The group is deciding whether to appeal to the U.S. Supreme Court.

Its leadership saw the decision as a significant defeat.

In 2013 comments on the case, Gaylor criticized “some of these mega-church pastors with huge mansions” who can be paid “an enormous amount in housing allowances.”

In 2017 U.S. District Judge Barbara Crabb ruled that the exemption is an unconstitutional benefit to religious persons and no one else, thus violating the establishment clause of the First Amendment to the U.S. Constitution.

The three appeals court judges who upheld the law are Republican appointees.

The Becket legal group’s arguments in favor of the exception cited treatment of other employers.

For the past century, both Congress and the IRS have recognized the convenience-of-the-employer doctrine, which upholds that employees may exclude housing benefits from their income if the benefits contribute to the convenience of the employer. This doctrine has been applied to religious and non-religious groups alike.

Becket argued that if the housing allowance is ended, then the IRS would be discriminating particularly against religious leaders, since other secular workers receive a similar exemption.

Holy Cross Anglican Church in Wisconsin and the Diocese of Chicago and Mid-America of the Russian Orthodox Church Outside of Russia were among Becket’s other clients in the case.

Other backers of the law include the legal group Alliance Defending Freedom.

“The power to tax is the power to destroy, and so refusing to tax a minister’s housing expenses is simply the best way to ensure the free exercise of religion and prevent the excessive entanglement of government with religion,” Erik Stanley, senior counsel with Alliance Defending Freedom, said in response to Friday’s ruling.

Stanley, who is also director of the ADF Center for Christian Ministries, backed the court decision on the grounds that “declining to tax the housing support money that congregations provide to their ministers is not in any way a government establishment of a particular religion or any religion.”

Its amicus brief in the case, Gaylor v. Mnuchin, was submitted on behalf of nearly 8,900 ministers and churches.

The ADF amicus brief “demonstrated just how many ministers would be directly and negatively affected if those attacking the housing allowance were to prevail,” said Stanley.

“The 7th Circuit was certainly right to recognize ‘that the survival of many congregations hangs in the balance’,” he said.

The legal group noted that the court decision said a tax exemption does not “connote sponsorship, financial support, and active involvement of the government in religious activity.”

“Congressional action to minimize governmental interference with the decision-making process in religions…does not violate the Establishment Clause,” the ruling said.

McCallister is 50 years old; the average age of men being ordained as Catholic priests in the U.S. this … […]

Trump to UN: Protect the unborn and religious minorities 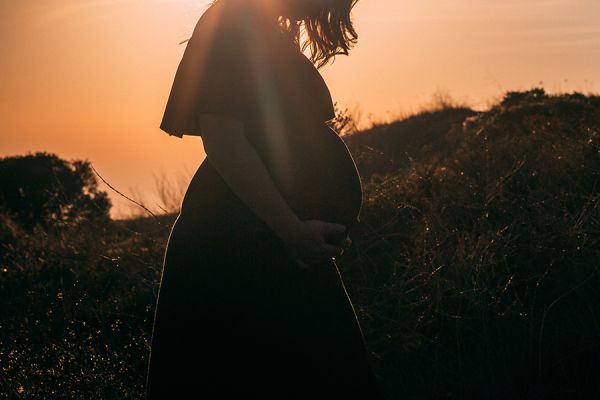