Washington D.C., May 3, 2018 / 04:22 pm (CNA/EWTN News).- About two weeks after resigning, Chaplain of the House of Representatives Fr. Patrick J. Conroy, S.J. rescinded his resignation and informed Speaker of the House Paul Ryan (R-WI) that he intends on staying in his role through his term.

In a letter sent to Ryan on May 3, Conroy said that if the speaker still wished for him to leave his role, he would have to fire him. The priest said that he would not be submitting another letter of resignation.

In a statement released later that day, Ryan said that he accepts Fr. Conroy’s letter and has “decided that he will remain in his position as Chaplain of the House.”

“My original decision was made in what I believed to be the best interest of this institution,” Ryan said. “To be clear, that decision was based on my duty to ensure that the House has the kind of pastoral services that it deserves. It is my job as speaker to do what is best for this body, and I know that this body is not well served by a protracted fight over such an important post.”

Ryan said he plans to meet with Fr. Conroy next week to discuss moving forward “for the good of the whole House.”

Conroy had tendered his resignation as House chaplain on April 15. In his letter Thursday, he said that Ryan’s Chief of Staff Jonathan Burks had told him that the speaker was asking him to resign. He said that Burks told him, “maybe it’s time we had a Chaplain that wasn’t a Catholic,” and commented on his prayer in November that was perceived as critical of the Republicans’ tax bill.

The Jesuit priest said that he had never been disciplined, and had received zero complaints about his ministry during his nearly seven years as House chaplain, but felt as though he was being forced into resigning by Ryan.

“At that point, I thought I had little choice but to resign, as my assumption was that you had the absolute prerogative and authority to end my term as House Chaplain,” Conroy wrote.

However, Conroy wrote that he changed his mind about his resignation after Ryan began speaking to the media. Ryan said last week that some House members had concerns about Conroy, and that he was not able to adequately tend to the spiritual needs of some Congressmen.

Conroy disputed this allegation, and said that he would have made an effort to adjust his ministry in order to better serve the House.

“In fact, no such criticism has ever been leveled against me during my tenure as House Chaplain. At the very least, if it were, I could have attempted to correct such ‘faults,” he said.

“In retracting my resignation I wish to do just that.”

Conroy then insisted that not only would he not be resigning, but also that if Ryan in fact wanted him removed from his position, he would have to terminate him. Otherwise, he will remain as House Chaplain throughout the remainder of his two-year term, which is up in 2019.

“Therefore, I wish to serve the remainder of my term as House Chaplain, unless terminated ‘for cause.’”

Conroy also said that he intends to run again for his role at the end of his current term, if he is not fired by Ryan.

Conroy’s resignation was due to go into effect on May 24. He has served as House chaplain since May 25, 2011.

The Catholic roots of Regis Philbin 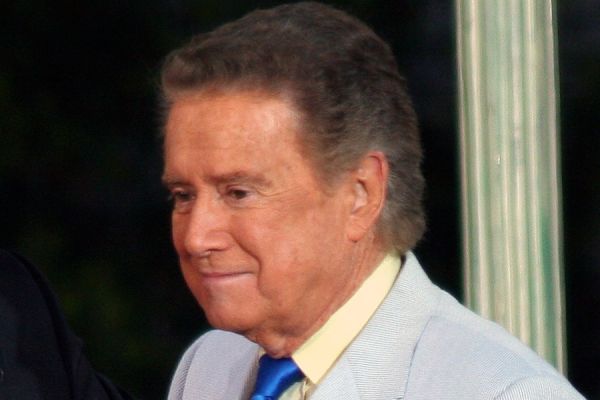 San Antonio, Texas, Feb 22, 2022 / 16:25 pm (CNA).
A statue depicting the Holy Family was stolen from outside a parish in San Antonio, Texas last week, and parishioners are praying for its safe retur… […]