Washington D.C., May 1, 2018 / 05:00 pm (CNA/EWTN News).- In a meeting with Nigerian President Muhammadu Buhari at the White House Monday, President Donald Trump expressed his concern about recent attacks on Christians in Nigeria.

“We’ve had very serious problems with Christians who have been murdered, killed in Nigeria,” President Trump said during the meeting, “we can’t allow that to happen.”

The Nigerian leader’s visit to the White House came just days after an attack on a Catholic church killed at least 15 people, including two priests, during a morning Mass when nomadic herdsmen opened fire on the congregation.

In response to the attack, Nigeria’s Catholic bishops’ conference issued a statement April 26 calling President Buhari to step down because “he has failed in his primary duty of protecting the lives of the Nigerian citizens.”

The bishops continued: “How can the Federal Government stand back while its security agencies deliberately turn a blind eye to the cries and wails of helpless and armless citizens who remain sitting ducks in their homes, highway and now, even in their sacred places of worship?”

Nigerian bishops have frequently expressed criticism of Buhari’s response to violent attacks by nomadic Fulani herdsmen, which killed more than 140 Christians in central Nigeria’s Benue State in 2017. The bishops have said that Buhari is unwilling to act on the ongoing problem.

The U.S. Commission for International Religious Freedom labeled Nigeria as a “Country of Particular Concern” (CPC) in its April 2018 report. “Sectarian violence between predominantly Muslim herders and predominantly Christian farmers increased, and the Nigerian federal government failed to implement effective strategies to prevent or stop such violence or to hold perpetrators accountable,” according to the USCIRF report.
The country’s Catholic bishops met with President Buhari on Feb. 8, urging him to address the deadly violence and kidnappings in Nigeria.

Several priests have been abducted in Nigeria in recent months. Most recently, a parish priest in Benin City, Fr. Omorogbe, was kidnapped by gunmen on April 18. He was released on April 22.

President Trump also asked the Nigerian leader about Boko Haram kidnapping of over 100 schoolgirls in February. Most of the girls were returned in March, however one girl remains in captive.

The Boko Haram have not released 15-year-old Leah Sharibu, a Christian, because she refused to renounce her faith and convert to Islam.

“We haven’t given up,” President Buhari told Trump on April 30, “We are trying to get everybody back to join their families and their schools.”

President Buhari’s three-day visit to Washington marked the first visit by an African president to the White House during Trump’s presidency. 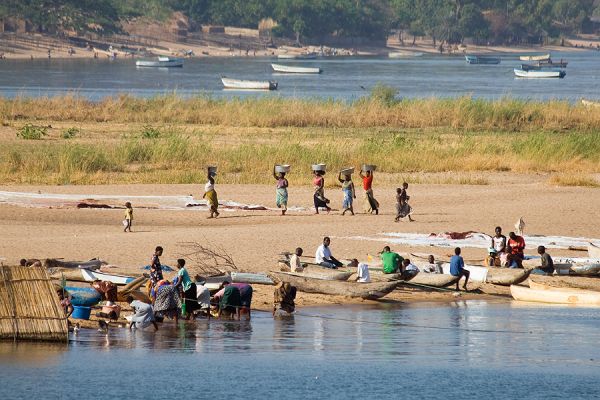